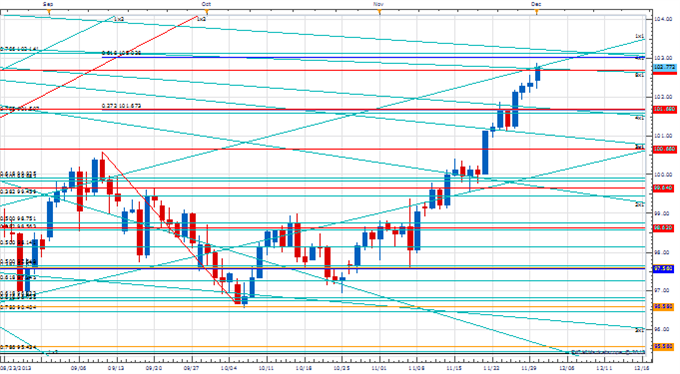 Price & Time: Second Half of the Week Looks Key for the Euro

USD/JPY Strategy: Focus on long side opportunities while over 100.65. 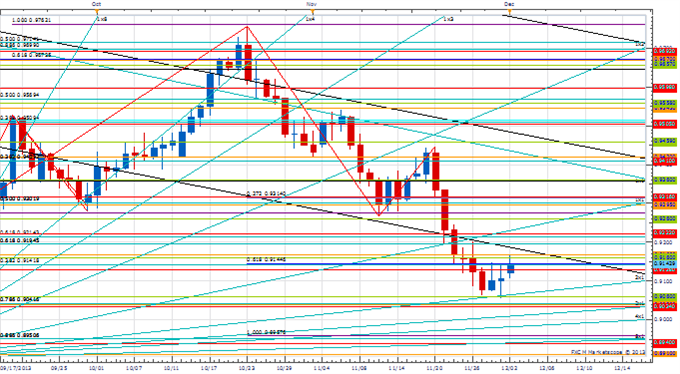 AUD/USD Strategy: We like being flat following the rebound from key support. 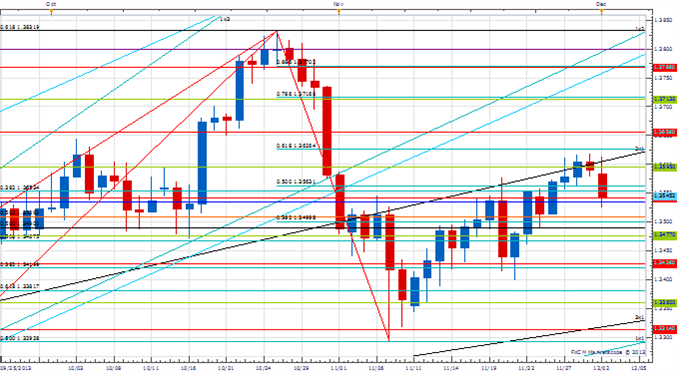 The next week or so looks to be quite important for the Euro from a cyclical perspective. Starting around Wednesday and extending to next Tuesday a myriad of different cyclical methodologies all begin to converge. Perhaps the most important is a Fibonacci time relationship with last year’s low and the 1Q13 high at the end of the week. With EUR/USD having rallied steadily for over three weeks now a secondary high (versus the October high) of some kind forming during this turn window is clearly the favored scenario. Only aggressive weakness on a daily close basis over the next few days below 1.3430 would warn that the Euro has peaked ahead of schedule. Such aggressive weakness could also raise the possibility of a cyclical inversion (low instead of a high). Both look like relatively low probability scenarios at the moment.