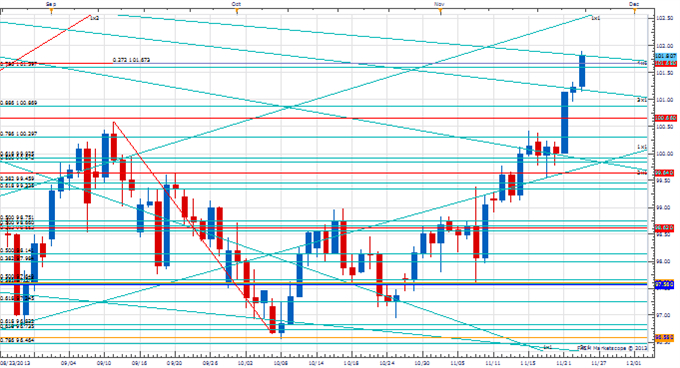 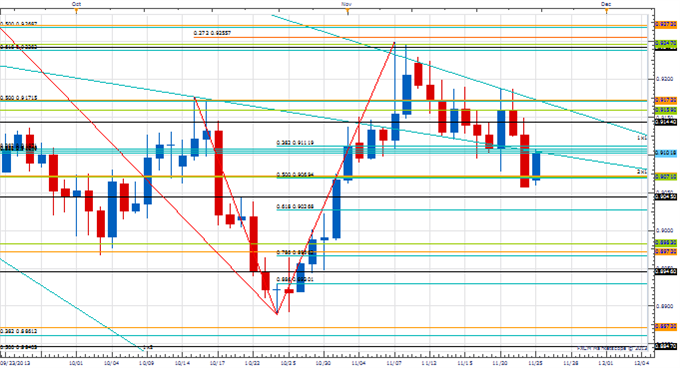 Focus Chart of the Day: Crude 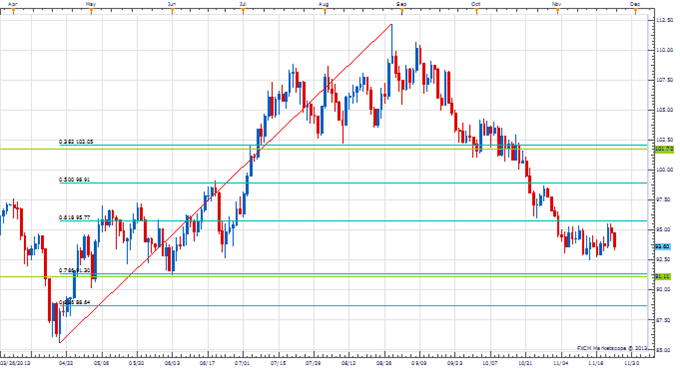 Crude came under pressure first thing on Monday following the news over the weekend of an Iranian nuclear agreement. Interestingly, this move lower has come during the other cycle turn window in November that we talked about at the beginning of the month (Read here). The commodity is still quite a bit away for our idealized support zone near 91.00 (convergence of 78.6% retracement of the April to August advance and 2ns square root relationship of the 3Q13 high), but should it trade near there in the next day or so we will be watching intently for any signs of a reversal. Given the low of the month came during the other cycle turn window in November that we highlighted there is a chance that today’s move lower is just a re-test of that ahead of another move higher. However, a clear push through 95.60 is really needed to confirm such a positive scenario.