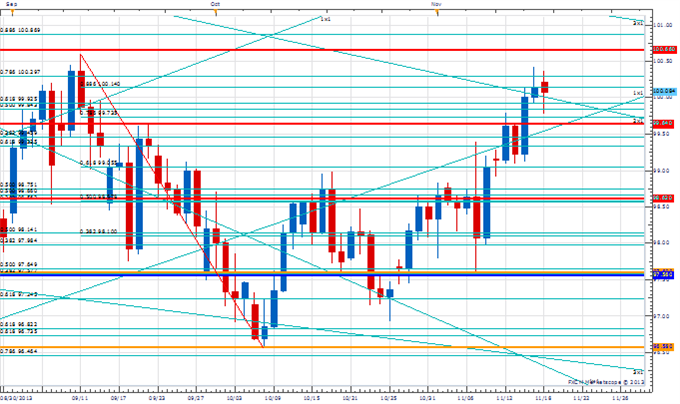 Price & Time: Today is an Important Time Juncture in the Euro 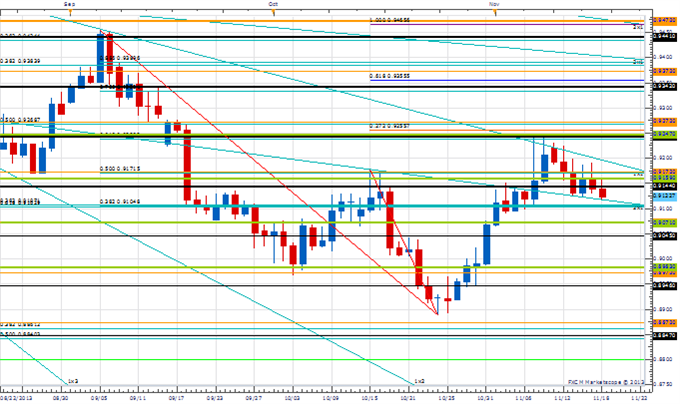 USD/CHF Strategy: Like holding long positions while the rate is above .9070. 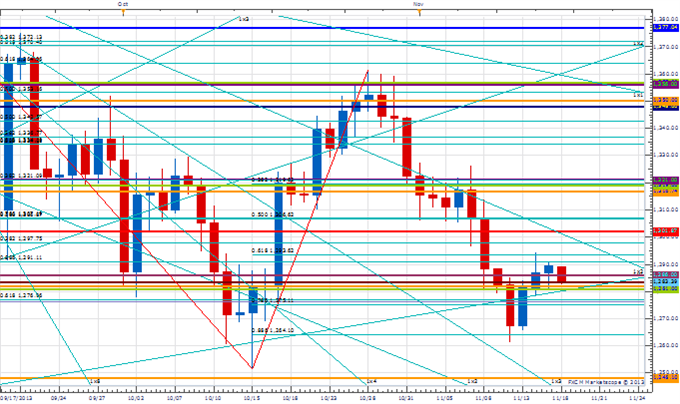 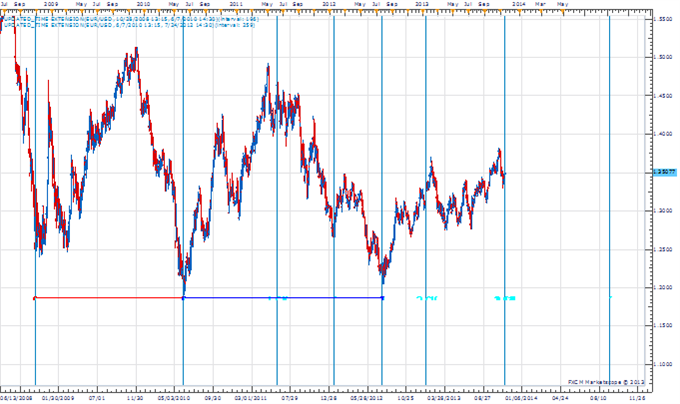 As we noted a week ago the next day or so is a potentially important cycle turn window in EUR/USD as it marks a convergence of two important Fibonacci and Pi time relationships related to the 2008, 2010 and 2012 lows. Ideally we would have liked to see the Euro making new lows into this period, but alas it looks like it was not meant to be. We did warn that if the Euro recovered steadily for a few days it would set up some sort of secondary peak and this is what we are looking for now following the price action of the past few days. Gann points at 1.3525, 1.3540 and 1.3595 look to be key resistance and levels from which a reversal can materialize. We should probably note that if the exchange rate falls sharply over the next 24-36 hours it could still set up some kind of important low, but this is something we will address only on the off chance that it occurs. The next important cycle turn window in the Euro looks to be around the second week of December.