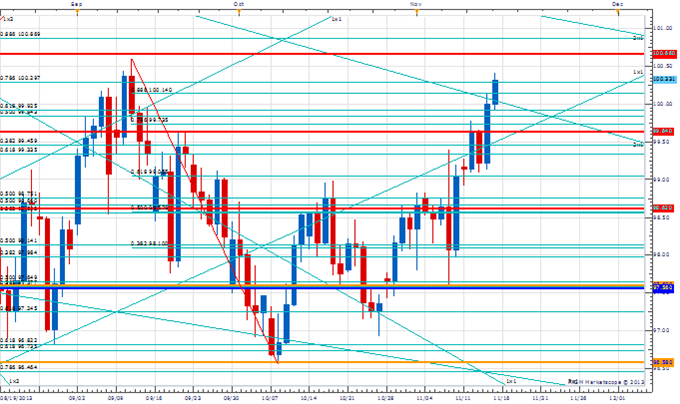 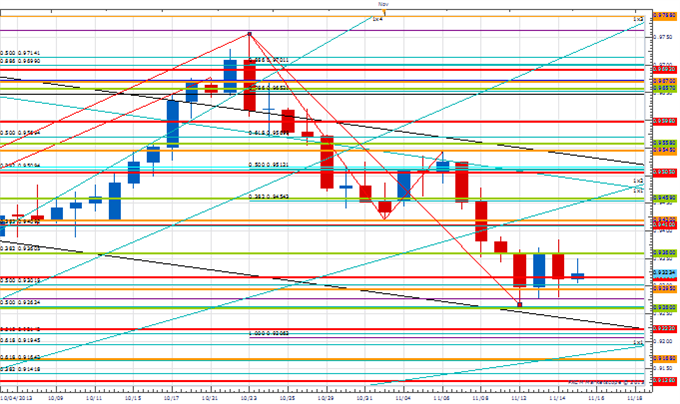 AUD/USD Strategy: Like holding only a reduced short position while below .9360. 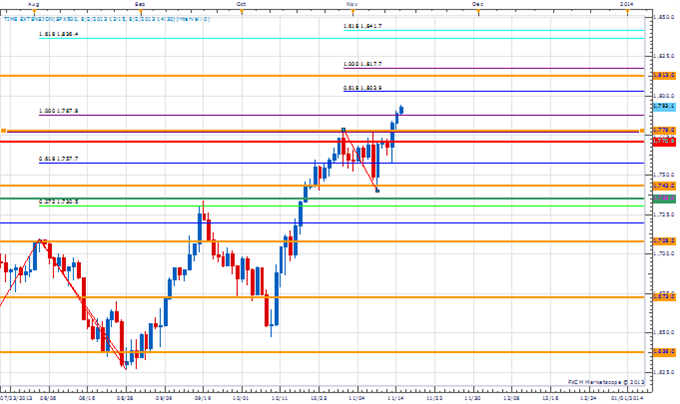 Focus Chart of the Day: NIKKEI 225

In yesterday’s Price & Time we wrote on USD/JPY and the Fibonacci time relationship that helped signal the recent breakout attempt from the range. Other evidence that suggests this latest break is for real is the action in the Nikkei 225. In other attempts higher over the past few months the Index has been conspicuously absent failing shy of the July high around 15,000 several times. This time, however, the move higher in USD/JPY has been accompanied by a break higher in stocks with the index finally mustering a break and close above the July barrier on Thursday. The overt strength in the index is a little surprising as Fibonacci time relationships favored a break next week, but it is a positive sign for USD/JPY nonetheless. The 88.6% retracement of the May to June decline near 15,500 is the next clear resistance level of note ahead of the all-important May high. Only weakness under 14,400 raises the possibility of a false pattern break scenario.