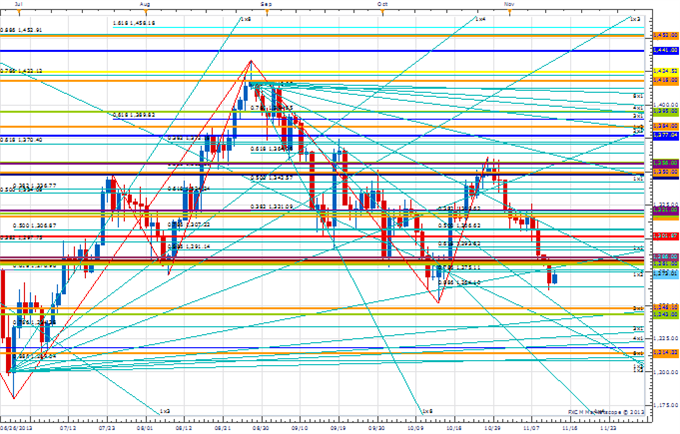 XAU/USD finally closed below the 1x1 Gann angle line of the year’s closing low at 1277 yesterday. This Gann level had been acting as important support and actually repelled the decline last month. Tuesday’s technical break is thus probably significant and increases the risk of further losses especially with a very mature topping pattern looming overhead on the daily and weekly charts. Gann support at 1243/48 is now a critical pivot with a move below likely exposing the year’s low. The cyclical picture is quite muddled with all the choppy price action of the past few months, though the middle of next week looks like a potentially important cyclical turn window. A move today back over 1277 would raise concern of a false break, but traction over 1322 is really needed to alleviate the immediate negative tone. 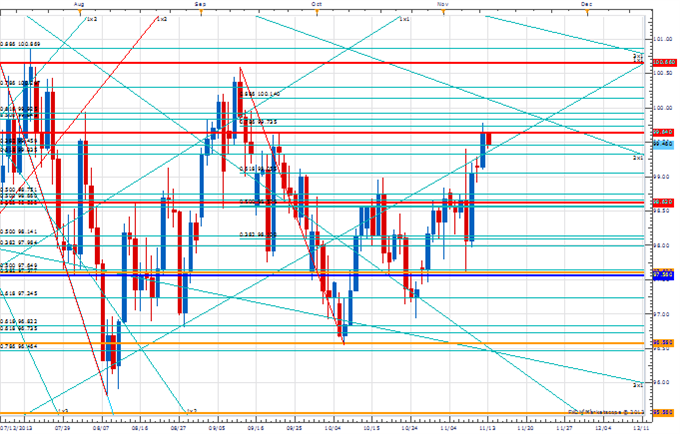 GBP/USD Strategy: Like reducing short positons into this turn window.