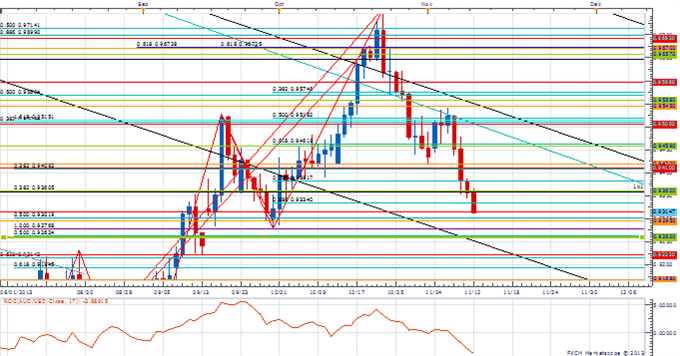 In yesterday’s Price & Time (link) we highlighted the cyclical importance of the end of the week (and early next week) in the Euro. This timeframe looks like it could have some significance for a few other pairs as well. AUD/USD in particular looks vulnerable to a reversal around the same time as several short term unrelated cyclical methods converge Thursday & Friday. A low of some kind is favored in the exchange rate during this time with focus for the moment on a Gann support zone between .9260 and .9220. We will be closely monitoring sentiment via the DSI (Daily Sentiment Index) and momentum through rate-of-change (ROC) for signs of exhaustion to help bolster a reversal signal as currently these metrics are surprisingly only just barely negative. On the upside, only a move through the 3rd square root progression of the October high near 94.60 would suggest the Aussie had bottomed ahead of schedule. 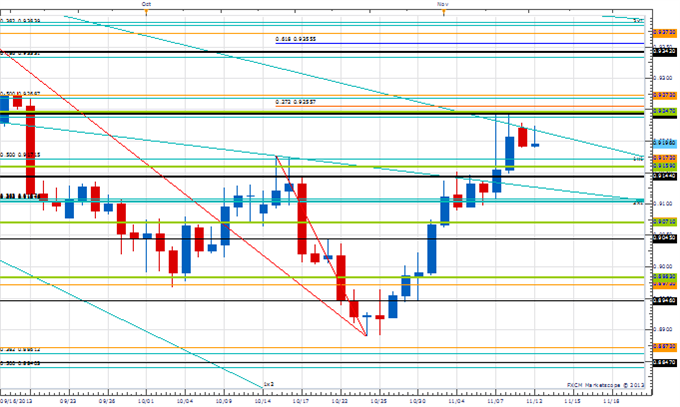 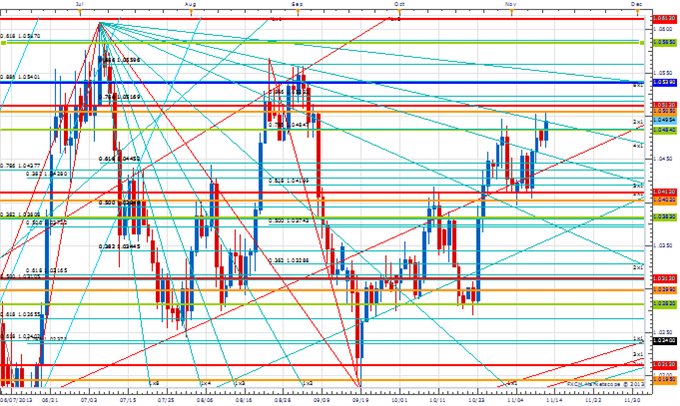 USD/CAD Strategy: Like holding a reduced long position while over 1.0400.