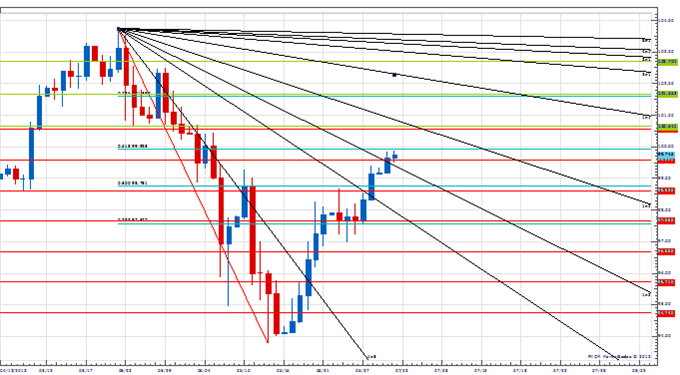 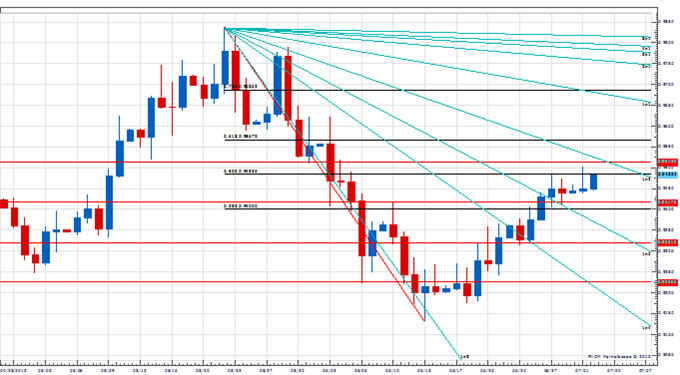 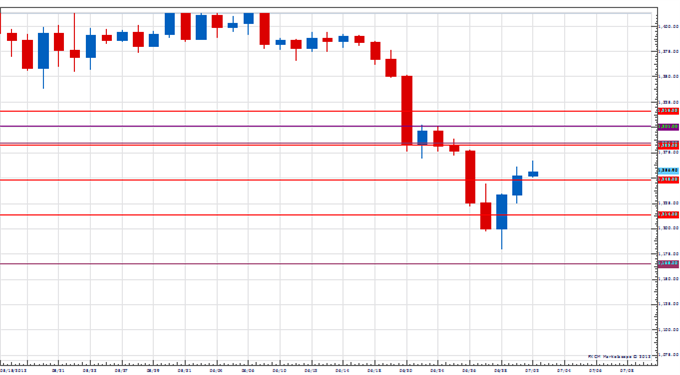 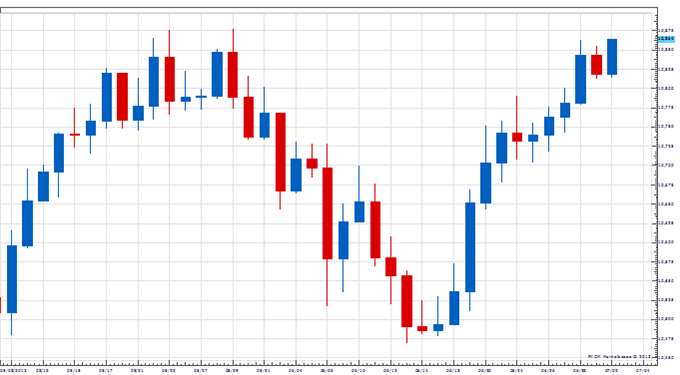 Several Fibonacci based time cycle techniques point to the end of this week and the start of next week as being significant for a few dollar pairs and a likely short-term cyclical inflection point. The fact this turn window coincides with a fundamental event line Non-Farm Payrolls makes it even more compelling and suggests to us that the data could influence the currency markets for at least a few days. The FXCM Dollar Index corroborates this analysis of the single pairs and points to a turn around the same time. In the index, however, the idealized time for a turn actually is early next week (Monday) which makes us wonder whether the data will force a final spike in the direction of the trend. More on this as it unfolds. For the moment the cyclical picture seems to favor a USD peak.