Price & Time: The Importance of the Next Few Days from a Time Perspective

-USD/CHF found support the week before last at the .9210 2nd square root progression from the year-to-date-low

-Subsequent strength has turned us positive on the dollar with focus now on the 78.6% retracement of the March to April decline in the .9500 area

-Traction over this level is now needed to setup further gains towards .9565 and beyond

-The 61.8% retracement of the March to April decline in the .9425 area is key support and only weakness under this level turns us negative on the pair

-USD/CAD rebounded sharply near the middle of the month from just below the 61.8% retracement of the year-to-date range in the 1.0090 area

-Follow through strength above the 1.0210 50% retracement of the March to April decline has shifted our bias higher in Funds

-Immediate focus is now on the 2nd square root progression from this month’s low near 1.0280 with strength over this level needed to trigger a more important push higher

-A confluence of Gann levels in the 1.0235 area is now key support and only weakness below this level undermines the positive technical structure

Strategy: Looking to buy on a dip towards the support zone in the 1.0235 area.

-EUR/SEK has rallied sharply over the past week or so after finding support near the 8.3000 78.6% retracement of the late 2012 advance

-A convergence of Gann lines related to this year’s extremes in the 8.6500 area has so far capped, but strength over a Fibonacci confluence near 8.6750 needed to confirm a more important trend shift

-The 50% retracement of this year’s range in the 8.5200 area is key support and only weakness below this level would turn us negative on the exchange rate

Strategy: Want to get long Euro/Stokkie, but our cycle counts suggestsstrong potential for a minor high over the next few days so we will be looking to do so on weakness. 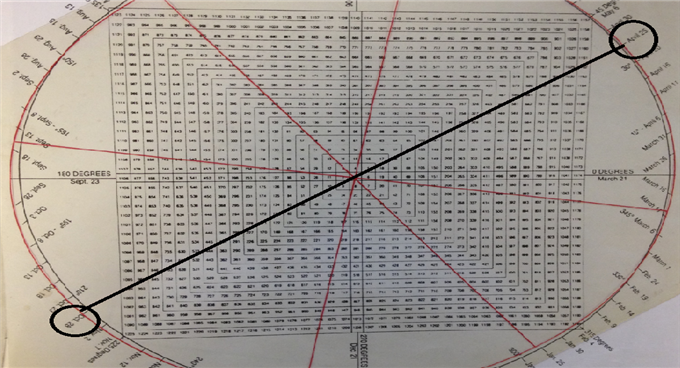 The cyclical turn window in EUR/USD we have written about for several months has finally arrived. We have focused mostly on the Fibonacci time relationship seen over the next few days (61.8% retracement of the time elapsed between the 2000 all-time low and the 2008 all-time high), but we would be re-miss if we did not highlight a potentially important Gann time relationship that is also in play. Using the Gann Square of Nine (pictured above) we see that the next few days are directly opposed to late October . Late October is significant in Gann theory as the all-time low in the Euro was recorded on October 27, 2000. When different cyclical methodologies coincide we find they usually lead to more significant turns. This cycle convergence is particularly interesting as both methodologies have a clear connection with the all-time low in the exchange rate.