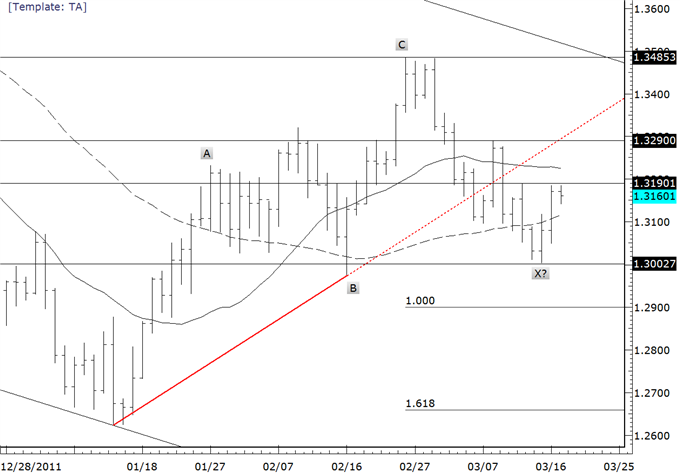 US Dollar to Remain Pressured into Month End

EURUSD – Recent divergence with the USDCHF is typical of turns (USDCHF traded above the February high while EURUSD held the February low). 13140 support held overnight and bulls are favored against 13045. 13290, which intersects with former trendline support next week, is interim resistance.

GBPUSD – Bulls are favored against 15690. Structurally, the decline from the 2/8 high may be a completed flat. If that count is correct, then a rally towards 16300 is in its early stages. 16298 is where the rally from the January low would consist of 2 equal legs and intersects channel resistance in early April. Near term, the GBPUSD may consolidate in a small 4th wave. Support is 15820/55. 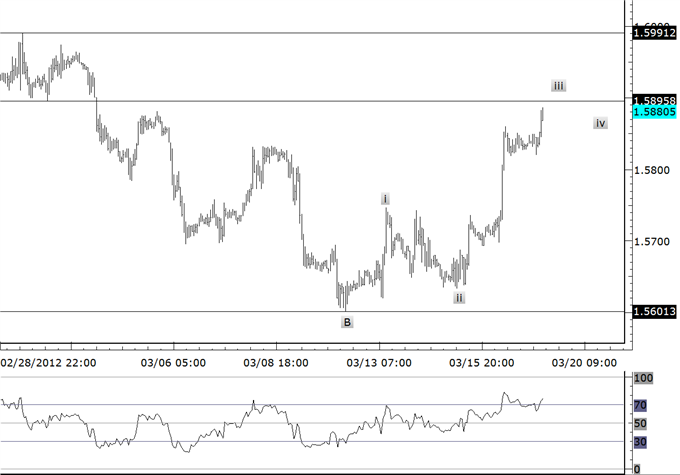 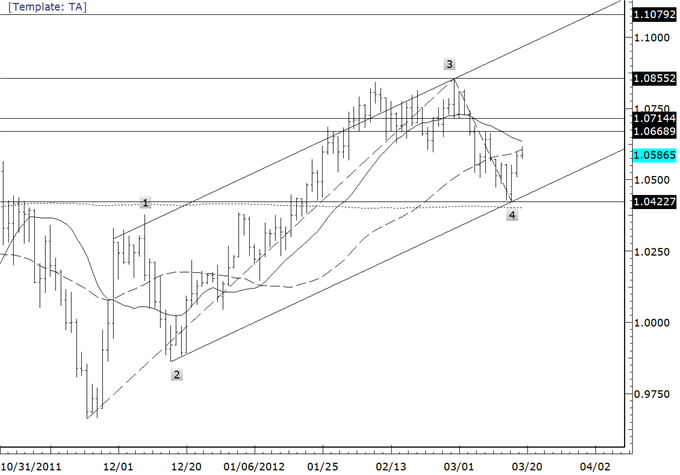 NZDUSD – The combination of support from the Elliott channel / 38.2% retracement of the rally from 7460 and daily key reversal (today) portend a bullish resolution in the coming weeks. Bulls are favored against 8175. 8320 is interim resistance this week. 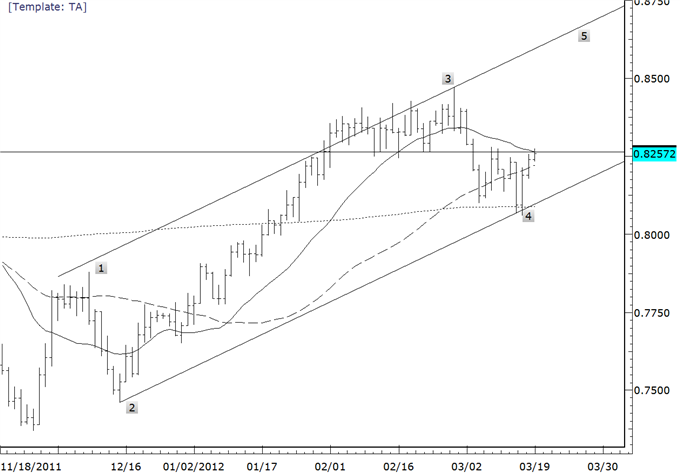 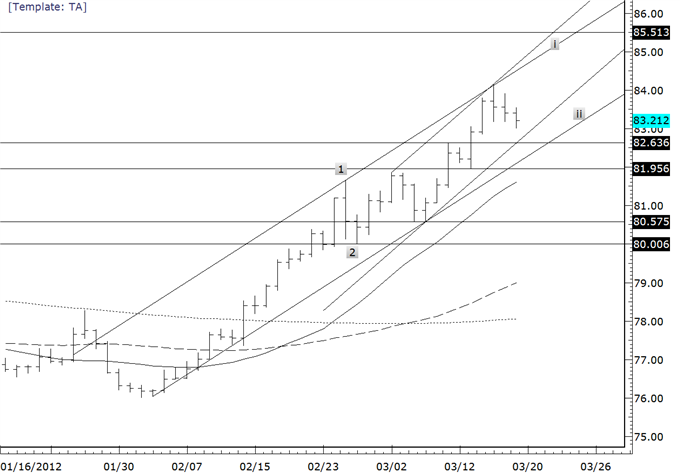