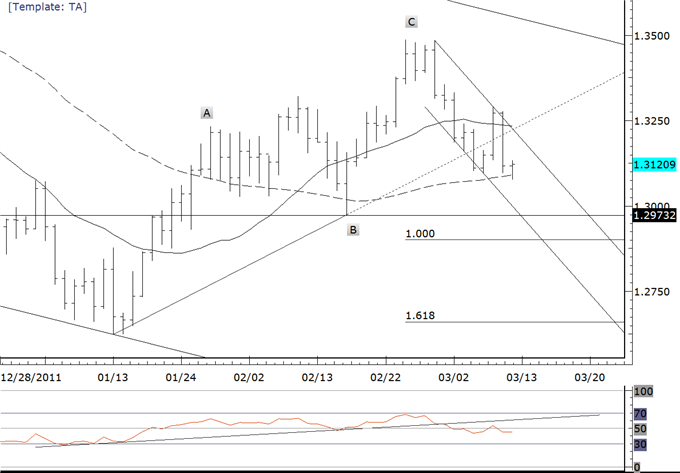 GBPUSD –The GBPUSD is already testing its downward sloping channel and a break below would indicate that the decline from 15991 is probably impulsive and headed towards the January low. Near term downside levels of interest are the 100% extension of the 15991-15696 decline at 15537 and 1/10 high at 15500. 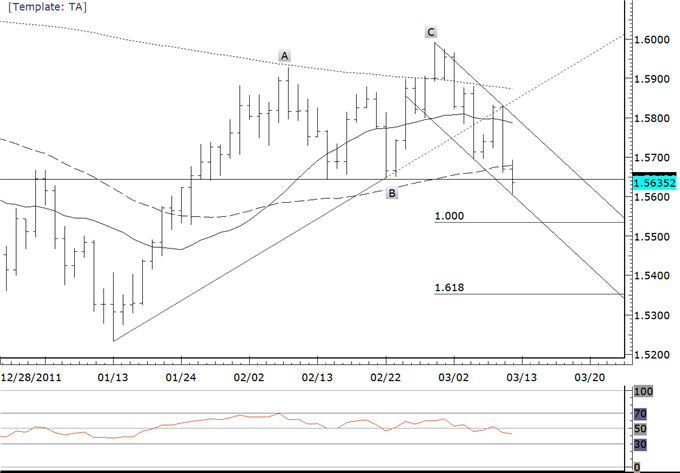 AUDUSD – “Late February / early March action in the AUDUSD is strikingly similar to early February action. Both drops consist of 3 waves and were followed by sharp rallies off of the lows. The current swings are one degree larger. Currently in ‘no man’s land’, resistance is 10690-10715 and support is 10590. The suggestion from the comparison is that price is vulnerable to violent swings in both directions, perhaps even a test of the recent low (and maybe the sought after 10450).” The AUDUSD has dipped to a new low. Watch 10430/50 for support. Exceeding 10575 would suggest that a low is in place. 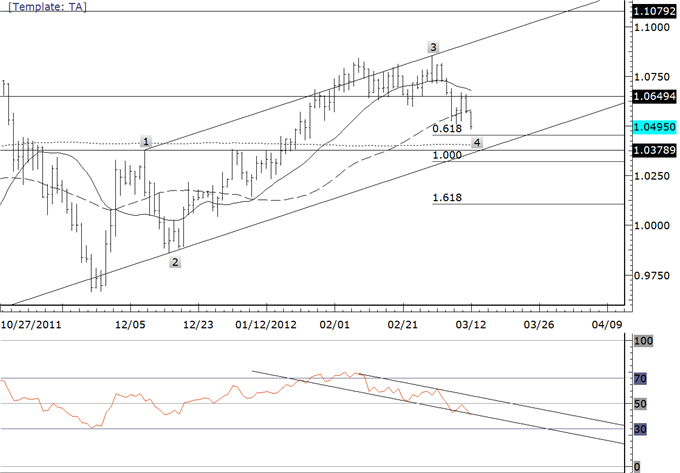 NZDUSD – The NZDUSD has failed to test last week’s low, triggering a divergence with the AUDUSD (which is common at turns). In any case, 8080 remains a level to keep an eye on for support if reached. 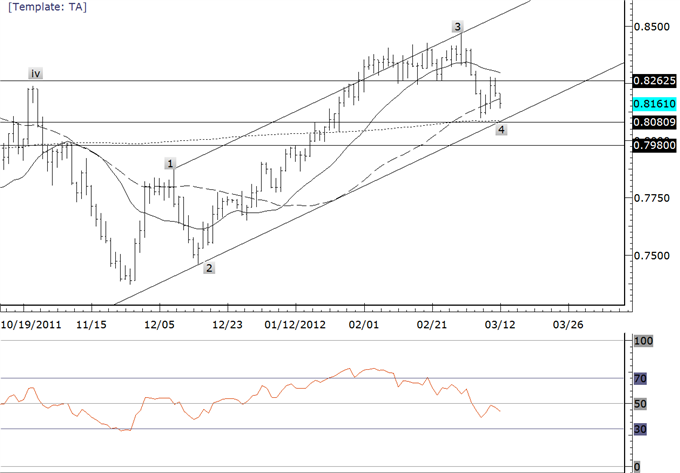 USDJPY –The next objective is 8550 and support this week is 8160/90. Stay bullish as long as price is above 8055. See Friday’s weekly for additional commentary.