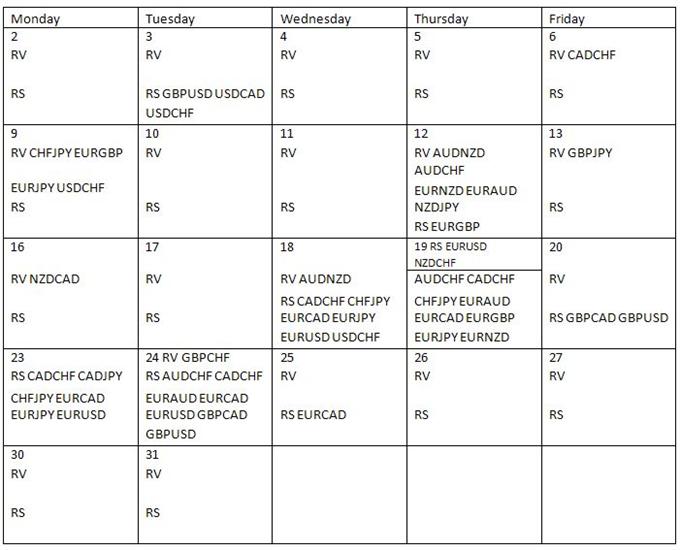 S&P – Daily key reversals formed yesterday in all 3 major US indices and their respective futures contracts. The entire post fed rally from Wednesday (exhaustion, top on news?) has nearly been retraced. Downside levels of interest are this week’s low at (index levels) 1306.06, former resistance at 1296.46, and 1277.58.

USDOLLAR (Ticker: USDOLLAR): Continues to slide and has dropped below the December low of 9786. The next potential support is the 50% retracement of the rally from the October low at 9766 and the confluence of November lows and the 61.8% below 9700. A short term channel is holding as well but additional evidence is needed to favor longs. Resistance for Friday is 9835 and 9870. 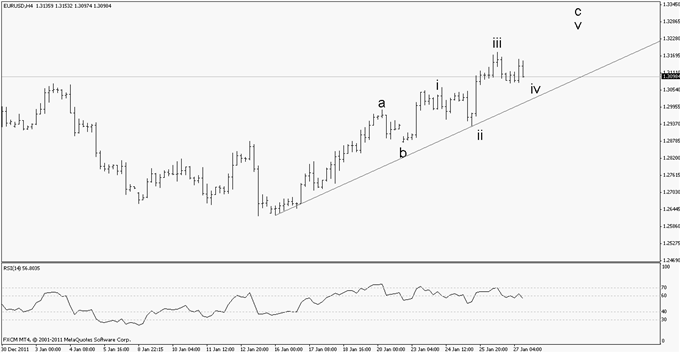 AUDUSD – The pattern from the 1/24 low is probably unfolding in 5 waves. As such, respect potential for one more high next week. I do have my doubts however since the NZDUSD has already traded into its resistance zone and tested its October high. This divergence (new NZDUSD high, AUDUSD not confirming) is common at turns. In any case, 10540/75 is support.

NZDUSD –Has traded into 8240/80 (October high / 161.8% extension of the rally from the November low / 61.8% retracement of the decline from the 2011 high). This is a level where one should expect a top. See last night’s technicals (link at top of this page) for commentary on daily RSI.

USDJPY – The spike higher this week most likely completed a triangle that began at the August 1 low. The implications are for a collapse to record lows. 7730/60 is resistance. 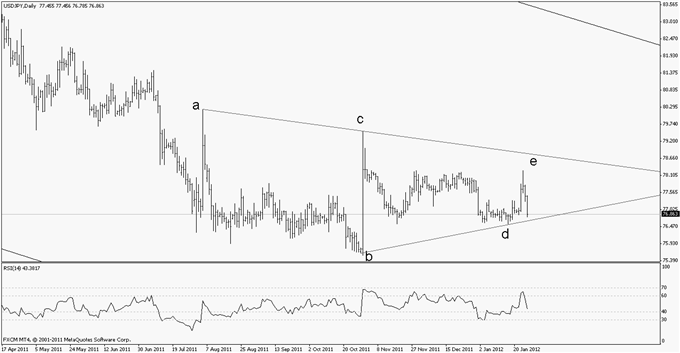