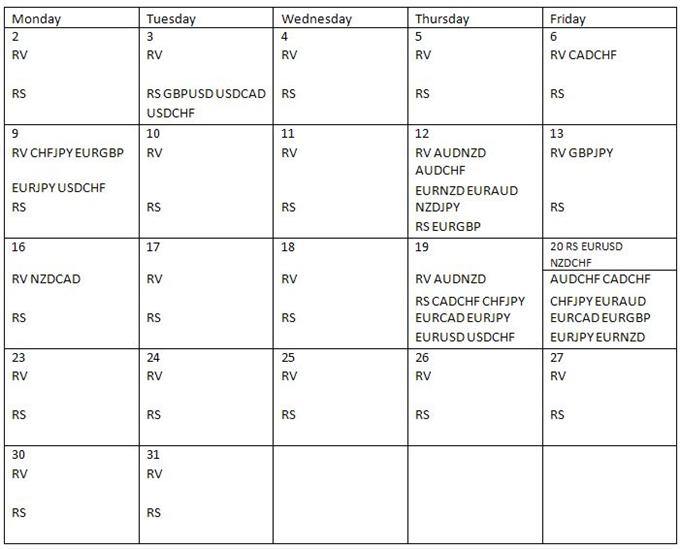 S&P – The futures have reached and slightly exceeded the trendline that extends off of the May and July highs but the index is right at the trendline. The most striking observation at the current juncture is the non confirmation between the Nasdaq (e-mini future) and S&P (e-mini future). Such divergences have marked important turns since the 2009 low. 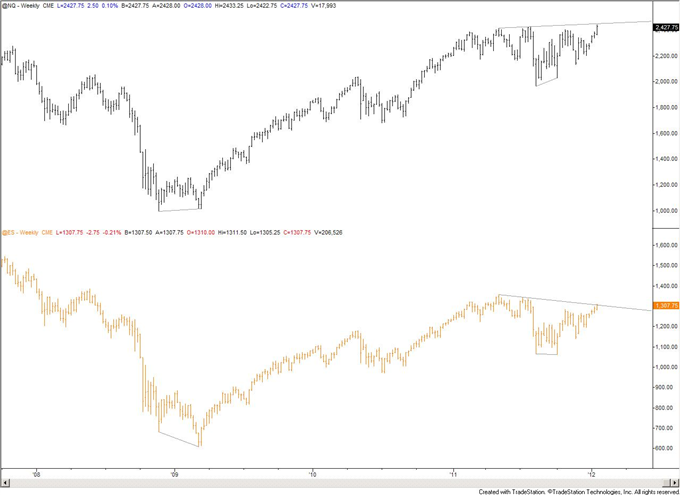 USDOLLAR (Ticker: USDOLLAR): The triangle remains the favored view. As focused on recently – “Expect support from the triangle support line at about 9900.” Today’s low is 9905 (upside favored against 9856). Price pattern and the psychological environment (one and the same in my book) are ripe. The conditions that attend violent market turns have been met. 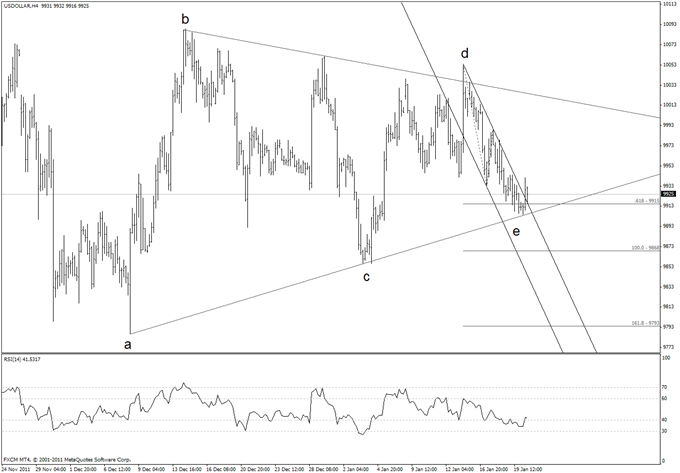 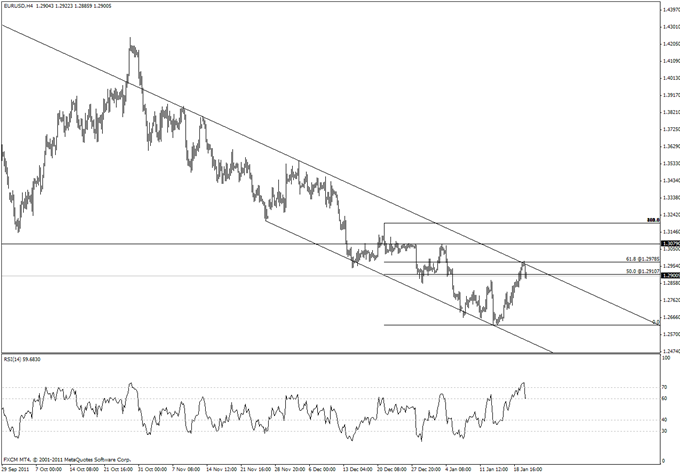 GBPUSD – Favor shorts into 15500/30 with a stop above the early month high of 15670. From an Elliott perspective, the rally from the 1/13 low composes wave iv within an ending diagonal.

AUDUSD – “An AUDUSD top is either in place or will be with one more high (above 10450).” Price pattern since Tuesday is a triangle and the implications are for a pop above 10450 before the reversal. Watch 10470-10500 for resistance. Yesterday’s double inside day study may be of interest.

NZDUSD – “A picture perfect A-B-C advance may be complete in the NZDUSD. At minimum, price is at resistance and a dip is expected towards 7980. A drop below 7912 would confirm a reversal and shift focus towards 7770 and 7650.” Having reached and held support, respect the potential for a new high (8105 would be resistance).

USDJPY – Traded in a 60 pip range yesterday, which is actually more than 1.5 times its 20 day average range. Time will tell if today’s move is the beginning of a sustainable move. For now, respect the range. The resistance zone is the current level (20 day average) to former support at 7760. Support is the series of lows since November near 7650.

USDCAD – Traded just under its January low of 10075 yesterday and reached the -2nd standard deviation band for the first time since the October low (10/27). Pattern at this point lacks clarity but an intraday key reversal yesterday (240 minute bar that ended at 13:00) warrants a cautious bullish bias as long as price is above 10050