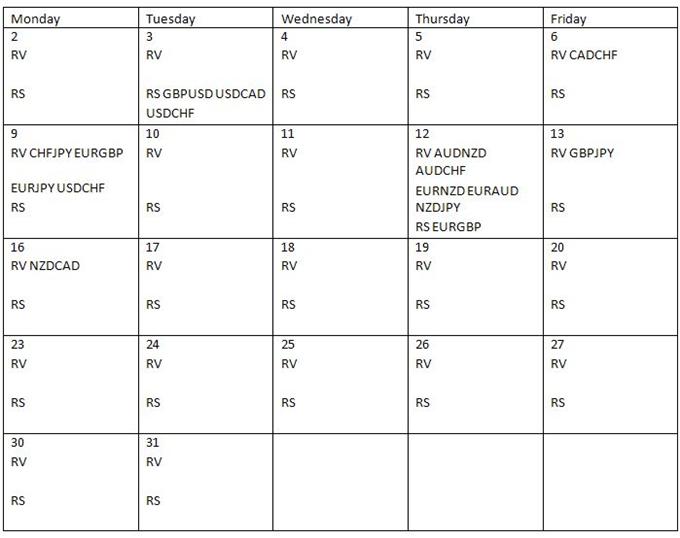 S&P – Carved out a key reversal yesterday, adding yet additional evidence to the topping process. The May-July trendline remains of interest just under 1306 today.

USDOLLAR (Ticker: USDOLLAR): There are several bullish counts, including this triangle. Potential remains for price to slide into 9925 or so before a low is registered. The goal moving forward is to align with the long side. 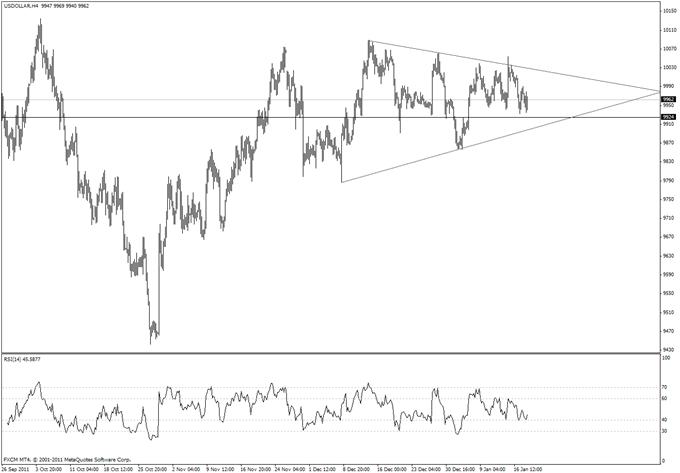 EURUSD – Is nearing “the 1/13 high at 12878, which is reinforced by the 20 day average and trendline that extends off of the December and January highs.” Longs are favored today as long as price is above 12730.

AUDUSD – Reversed at the 200 day average yesterday but there is not sufficient evidence to suggest that a top is in place. Focus remains on the trendline that extends off of the July, August and October highs (10465 today). Trading through there would shift focus to a Fibo extension at 10577. 10330 is support. A drop under 10250 would trigger a bearish bias.

NZDUSD – Has reached resistance from the channel that defines the rally from the November low. A drop under 7912 is needed to confirm a top. Until then, respect upside potential. 7980-8005 is support. 8106 is of interest (50% retracement of decline from 2011 high). 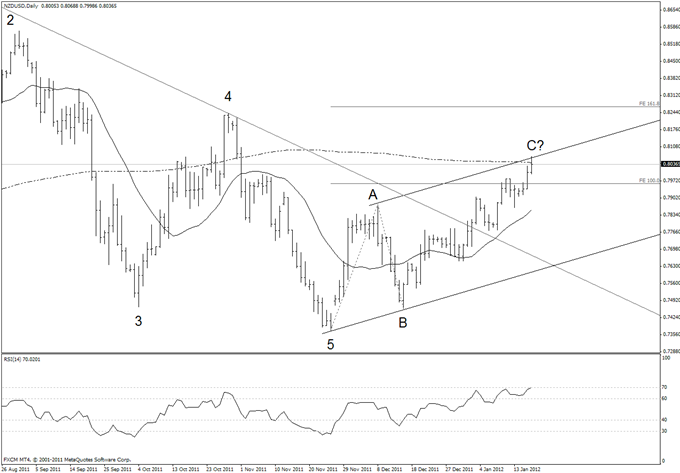 USDJPY – Is extremely choppy and best described as range bound between 7650 and 7750.

USDCAD – The range has tightened but respect the downside as long as the trendline that extends off of the November, December, and January highs is intact. 10190-10220 is resistance. 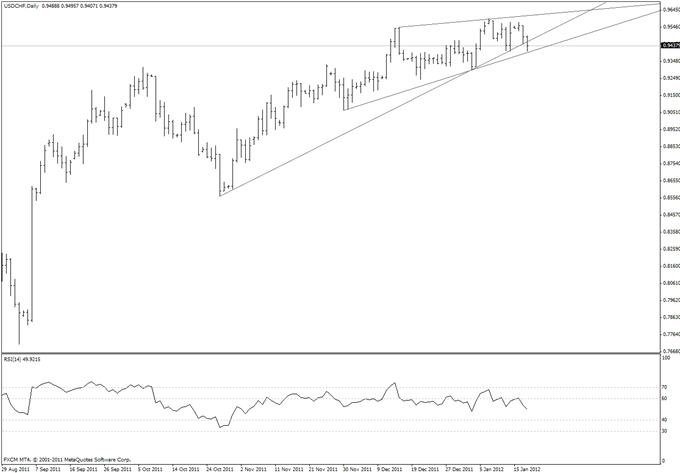