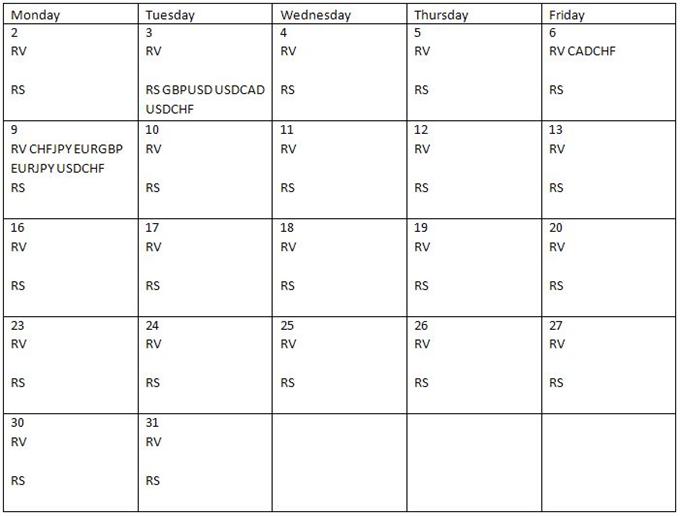 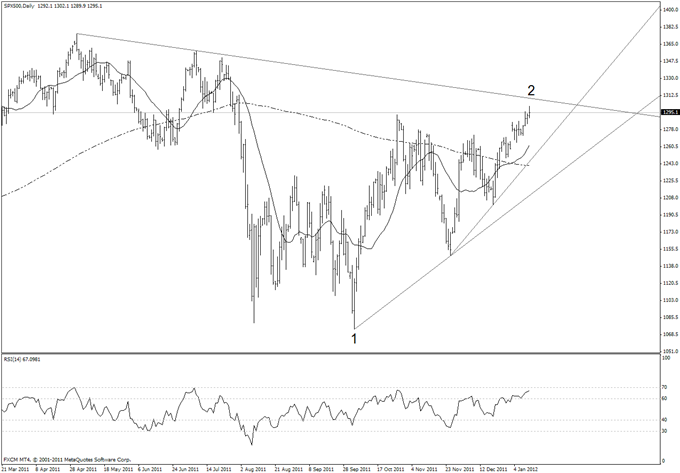 USDOLLAR (Ticker: USDOLLAR): Is expected to work lower to complete a corrective decline from 10039. Watch the short term corrective channel and Fibonacci levels at 9926 (61.8% retracement) and 9932 (100% extension) for support. A former pivot defends the level at 9923. Longs are favored under 9946. 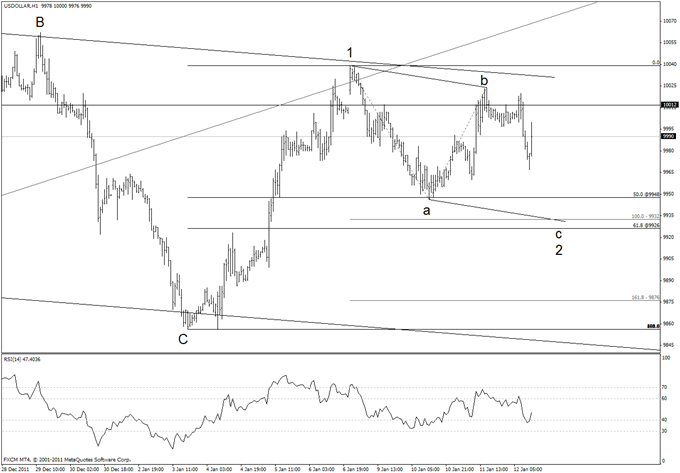 EURUSD – May have found a low. An ending diagonal pattern may be complete from 13197. Diagonals are often fully retraced thus 13200 is not out of the question (short covering rally will surely be thrown around if the EURUSD does rally). Risk on any longs should be kept to this morning’s low under 12700. Under 12660 would return focus to 12590 and above 12818 would strongly suggest that the low is in place. 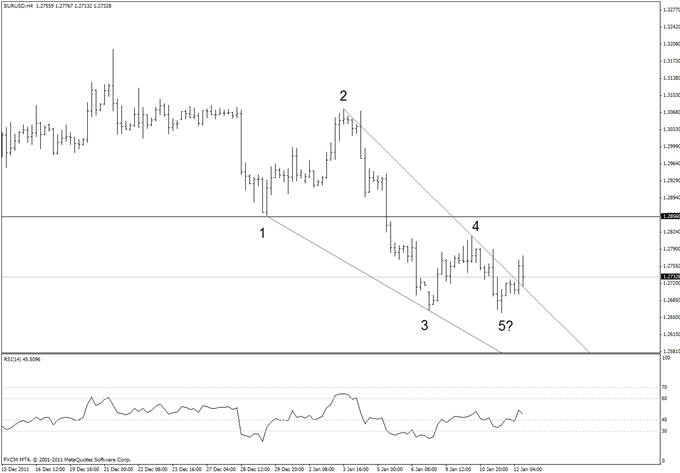 GBPUSD – Risk on shorts should be kept to 15500 (above there triggers a reversal) and near term resistance is 15400. Price nearly reached the October low at 15271 this morning before reversing (240 minute bar key reversal at 5 am).

USDJPY – The rally from 7660 and decline from 7733 probably compose wave a and b of an a-b-c corrective rally. The implications are for a rally into 7750 (100% extension of rally from 7660) before the larger downtrend resumes.

USDCAD – After reversing on Monday from the trendline that extends off of November and December highs, the USDCAD has fallen into a 10140-10210 range. Near term pattern and larger direction implication is unclear but a pop above 10210 targets 10245 and a drop under 10139 targets 10075.

USDCHF – Carved out a key reversal Monday at its highest level since February 2011. The inability of the USDCHF to make a new high (above 9595) while the EURUSD did make a new low raises the possibility that the USDCHF rally is complete in the guise of a 5th wave truncation. Look lower as long as price is below 9595.