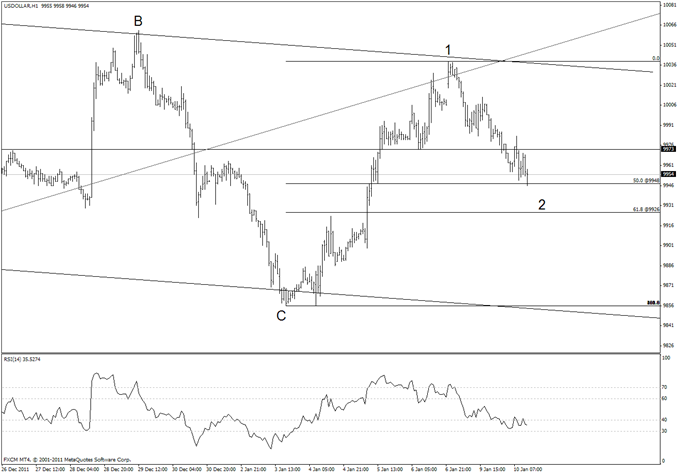 EURUSD – Is testing resistance from Friday’s high at 12812. 12840/50 is measured resistance and former congestion and potential resistance if reached. It is worth noting that the EURUSD nearly made a key reversal yesterday (volatility condition (day’s range >= 20 day ATR) was not met) but the EURGBP and EURJPY did make key reversals yesterday. Structurally, I am looking for one more low into the August 2010 low at 12590 before a violent reversal.

AUDUSD – Reversed before the 20 day average yesterday but a bearish outcome is possible below 10385 (shorts favored below there). Exceeding that level would shift focus to the 11/3 high at 10446 and a confluence of channel resistance and trendline resistance near 10500. 10275 is support today. 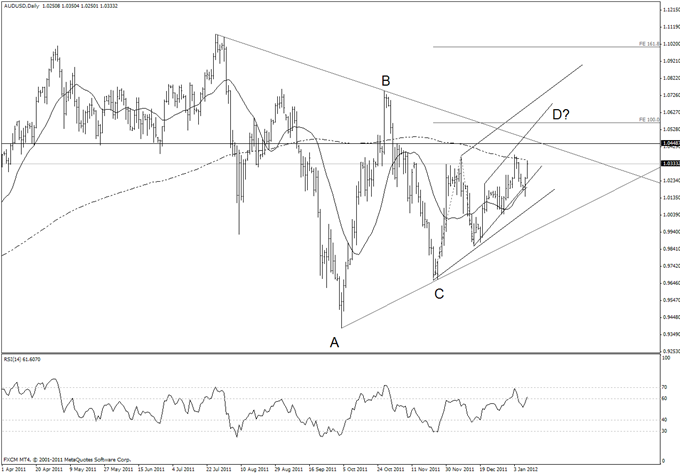 USDJPY – The rally from 7660 and decline from 7733 probably compose wave a and b of an a-b-c corrective rally. The implications are for a rally into 7750 (100% extension of rally from 7660) before the larger downtrend resumes.

USDCAD – After reversing yesterday from the trendline that extends off of November and December highs, the USDCAD has plummeted into former support from 10170. Resistance is now 10210 and 10245. 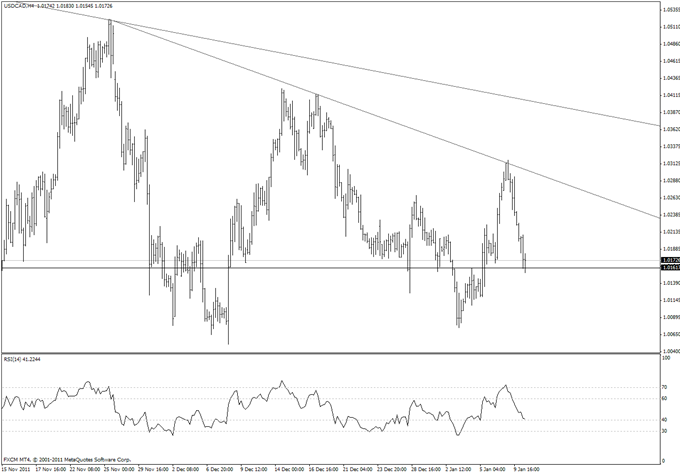 USDCHF – Carved out a key reversal yesterday at its highest level since February 2011. Structurally, the USDCHF may see one more high to complete a diagonal from 9243 but yesterday’s action is the first ‘reversal action’ since 12/15.