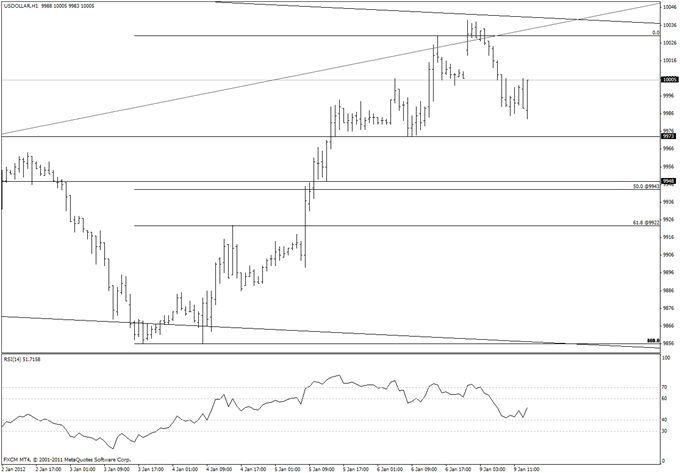 Euro Capitulation Could Occur Under 12600

S&P future – The first week of the year left much to be desired following the gap open on 1/3. Ranges were small (less than the 20 day average, which is at its lowest level since July) and rate of change from Wednesday to Friday was .08, 0, and .10. 3 consecutive days of rate of change at less than .1% (absolute value) hasn’t occurred since 2/20/07! The market plunged in the following weeks in what marked the beginning of the end of the carry trade. Last week’s high and low can serve as breakout levels.

USDOLLAR (Ticker: USDOLLAR): Has come off of the best levels from Friday after rallying in 5 waves from 9856. This dip should prove corrective and initial support is expected at 9974. The 50%-61.8% retracement could come into play this week at 9922-43.

AUDUSD – Is testing channel support (off of December lows) and any additional strength would face resistance at 10270-10300. Favor shorts into these levels with a stop above 10380. The next support is 10120 but the near term objective is 10040/60 (former pivot low and Fibonacci). 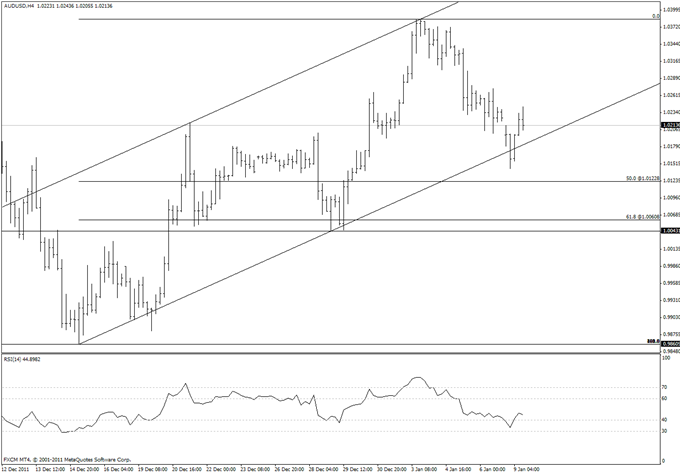 NZDUSD – Has bounced off of trendline support (off of December lows) into former congestion (7850+). Near term pattern is bearish (decline is impulsive from 7907) and weakness is favored towards 7740 and perhaps 7750. Any risk on shorts should be kept to 7910.

USDJPY – Has reversed in the 7720/60 zone cited last week. Expectations remain for fresh all time lows as long as price is below 7830.

USDCAD – Reached and reversed at the trendline that extends off of the November and December highs last night. Still, pattern does remain constructive above 10170 towards the next trendline (off of October and November highs) above 10400 (and the December high at 10423). 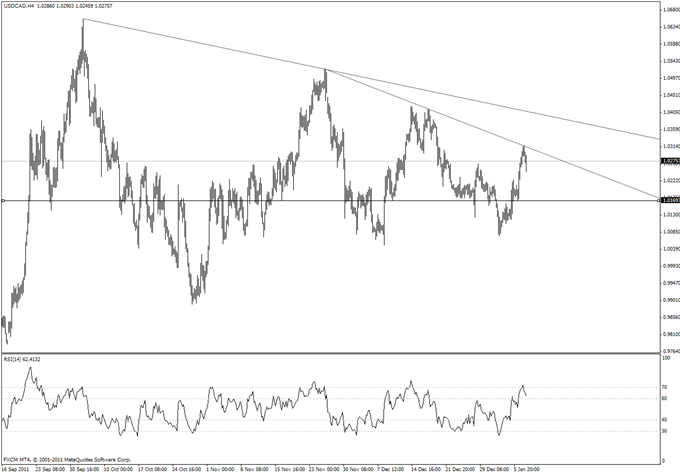 USDCHF – Strength has stalled at its highest level since February 2011. A close below 9550 today would trigger a daily key reversal which should not be dismissed given the potential implications from the Hillebrand fiasco.

KEY LEVEL PAIR-CADCHF – Is trading at its highest since April 2011 and faces resistance from congestion from August 2010 to April 2011. A daily key reversal on Friday presents a short opportunity against Friday’s high (9375 – but account for spread if taking this trade). Initial support is 9200 (December high ). I’m targeting 9000 (December low). The chart below is a weekly. 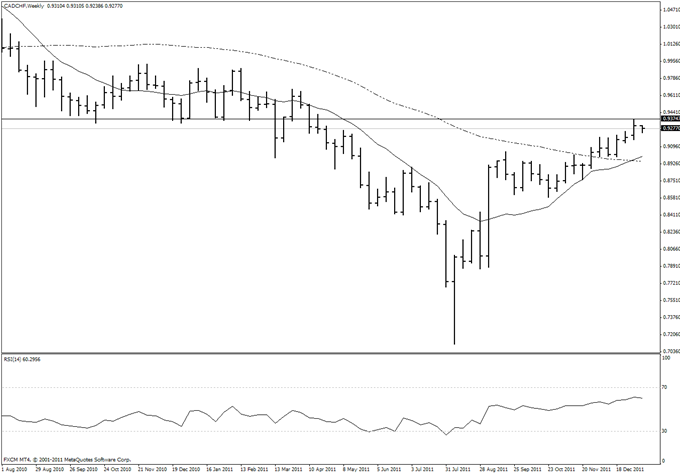