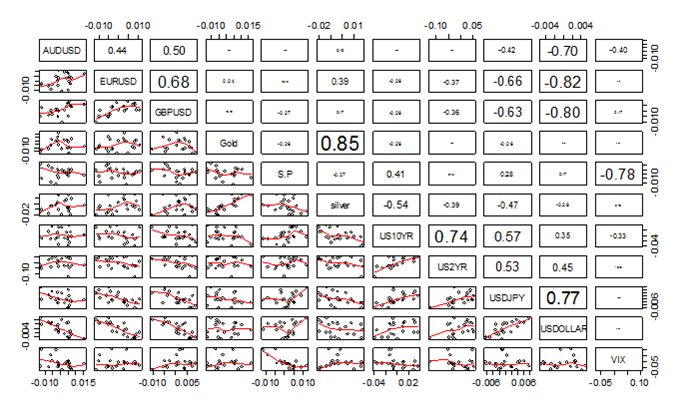 The Japanese Yen remains strongly correlated to US Treasury Yields, and a strong link suggests the USD/JPY exchange rate will rally if US interest rates continue higher.

Japanese Yen and US Treasury Yield 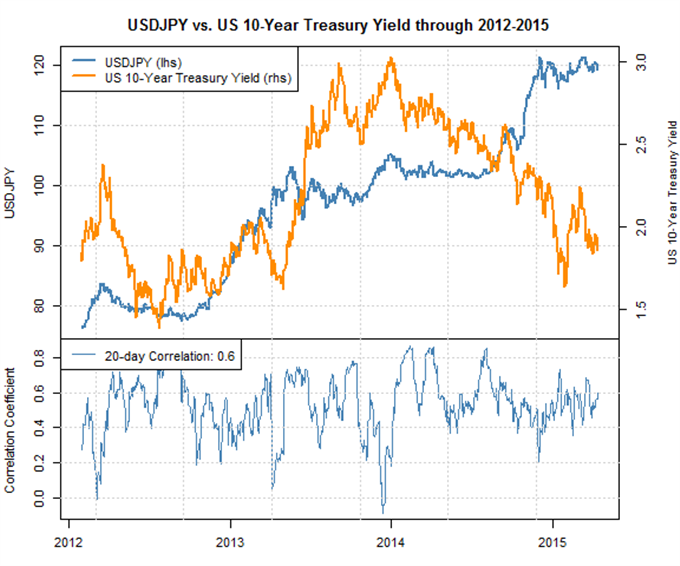 The Japanese Yen has maintained its correlation with the US 10-year Treasury note yield at +0.60. As the US employment and inflation rates both disappointed the market at the end of Q1’15, traders have delayed their bets on the Fed's first rate hike, causing the T-note yield to move steadily downward. Meanwhile, the Japanese Yen has edged up slightly against the US Dollar since March as the Bank of Japan claimed that the qualitative and quantitative easing measures enacted have taken effect. BoJ Governor Kuroda went as far to say that policymakers are already discussing the technical details of an exit strategy. Despite some signs of rebound in economy, prices in Japan haven’t accelerated as expected in Q1’15. This has sparked speculation that the central bank would lower its inflation forecast and would even ease again to help boost consumption this year, which leaves risks ahead for Yen trading. Ultimately a rise in US Treasury Yields would hurt the Yen as few expect that Japanese yields will rise through the foreseeable future. 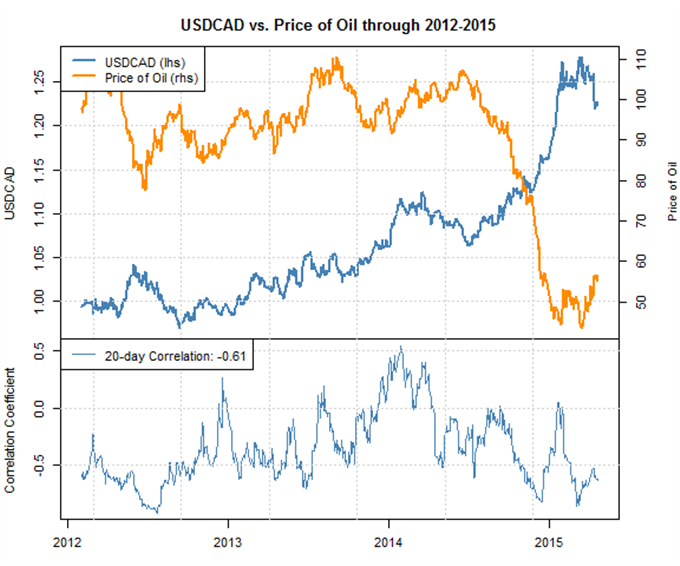 The negative correlation between the Canadian Dollar and the price of crude oil rose close to -1.00 in February 2015, when the oil price slid down to its lowest level since 2009 and hurt exports of petroleum in Canada. Though the impact of oil price drop has since diminished as prices bounce, the immediate rate cut by the Bank of Canada in January has helped prevent the economy from taking further loss from the oil shock. The move also helps Canada keep its inflation rate at the lower bond of the BoC’s target range. As oil prices have stabilized, the negative correlation eased to -0.61, suggesting that the oil price’s relationship with the Canadian Dollar is lessening. Traders may be shifting their focus elsewhere, with market participants beginning to focus more on the timing of the Federal Reserve’s rate hike plans. 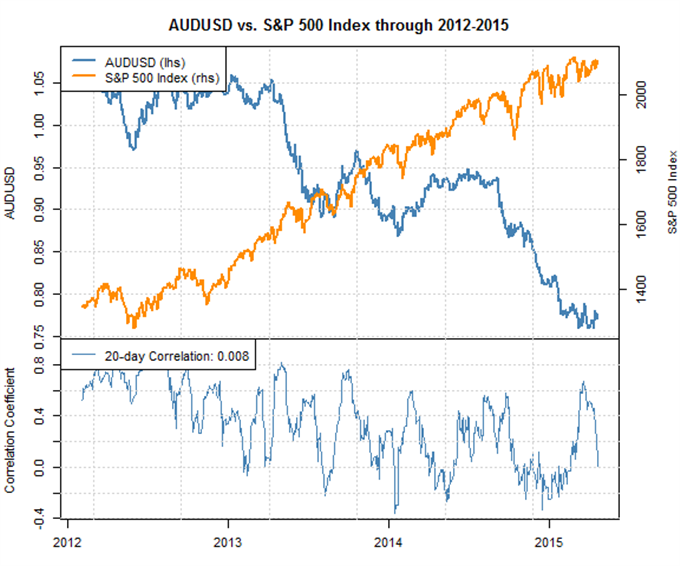 While the S&P 500 index keeps pushing towards historical highs, the Australia Dollar has moved sideways against the US Dollar amid falling commodity prices, China's slowdown, and the disappointing performance of the US economy in Q1’15. The distinct trends in the S&P500 index and AUDUSD have provoked the correlation to drop quickly to a near-zero level from +0.60 previously. As Australia continues to grow below the Reserve Bank of Australia’s forecasts, many speculate that the RBA will cut the benchmark rate again in the short-term to help boost the economy. Although the Australian Dollar remains a major destination of FX carry traders, its diminishing interest rate makes it less appealing compared to other ‘risky’ assets, like the S&P 500 Index.