Summary: Strong declines and sentiment extremes in the Dollar/Yen exchange rate and S&P 500 suggest that both may be at a major turn. What factors are we watching?

- US S&P 500 at similarlycritical levels, and the next move in stocks could prove pivotal

Traders have sent the US Dollar sharply lower versus the Japanese Yen as stock markets decline, but key technical and sentiment-based factors suggest we might be at a major turning point.

The USDJPY chart tells most of the story: despite sharp declines, the pair has stopped and reversed higher at potentially pivotal price levels.

The US S&P 500 trades at similarly significant price levels, and a strong link between the JPY and stocks suggests the next move could mean big things for forex and equity markets.

In fact the correlation between the USDJPY and S&P trades near its strongest since the height of the global financial crisis in 2008-2009. What else are we watching? 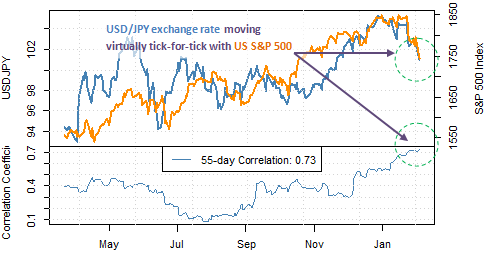 One of the critical factors worth watching is potential sentiment extremes in both the USDJPY and the SPX500, which tracks the fair value of the S&P 500 futures contract.

A look at FXCM Execution Desk data shows that retail FX traders are their most net-long the Dollar against the Yen since fairly significant turning points. And though we typically go against the crowd—we often sell when most are buying and vice versa—positions are often their most one-sided at key turns. 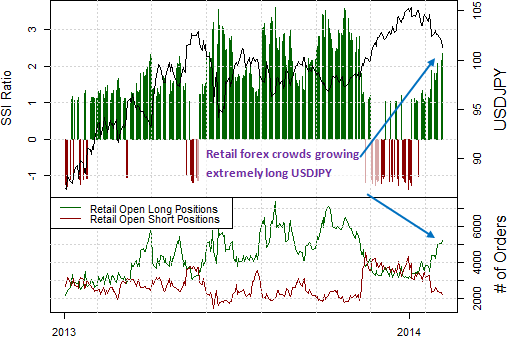 A look at Retail CFD speculative positions shows similarly substantial swings in stock market sentiment; traders are now net-long the SPX500 contract for the first time since a key S&P turn in December, 2012. 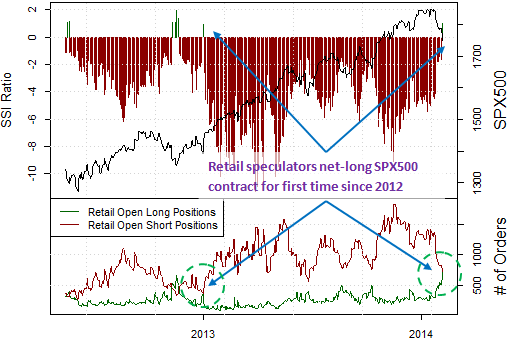 Important turns are only clear in hindsight, and it seems risky to buy into such sharp declines. What could provide the decisive sign?

Our Senior Technical Strategist sees evidence that the USDJPY may continue to trade sideways or to fresh lows before resuming its longer-term uptrend. We likewise see the S&P 500 continue to trade at critical 12-month trendline support.

A huge week for financial markets suggests we could see decisive US Dollar and stock market moves in the days ahead, and it will be critical to watch price action on two major central bank decisions as well as US Nonfarm Payrolls data. 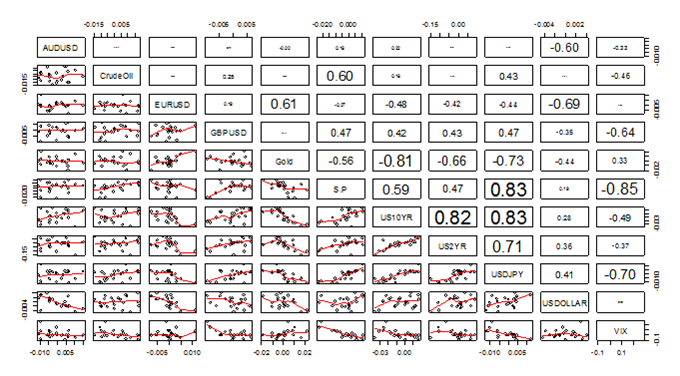