Japanese Yen Takes Center Stage as a Top Trade of 2014

Summary: The Japanese Yen seems at a potentially critical turning point as it nears significant resistance (USDJPY support). Which way does it break and how might we trade it?

Our Senior Strategist accurately called for an important USDJPY pullback when it traded near multi-year highs, and now he highlights a potentially pivotal turning point in the Yen. Put simply, forex market sentiment on the Japanese Yen was at extremes and remains very one-sided. Why does that matter?

Yesterday we pointed out why recent USDJPY moves were so significant, and indeed this remains the pair to watch in the days ahead. If we see a break below key price levels we could see a short-term panic and important USDJPY losses (Japanese Yen gains). One of the most important factors remains stock markets; the USDJPY has traded virtually tick-for-tick with the S&P 500.

One other important consideration is the significant shift we’ve seen in retail forex positioning. A look at our proprietary retail sentiment data shows big shifts in the Japanese Yen—particularly in the EURJPY pair. 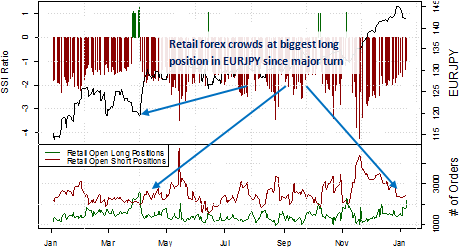 What happens next could define Japanese Yen trends through the foreseeable future. And as a long-term JPY bear and US Dollar bull I argued that a USDJPY long position is my favorite trade of 2014. That remains true, but a substantial correction may in fact give me a better opportunity to get long at a lower price.

It will be critical to watch price action in the coming weeks as it could determine trends throughout the rest of the year. Follow any updates on the Japanese Yen and other currencies via this author’s e-mail distribution list. 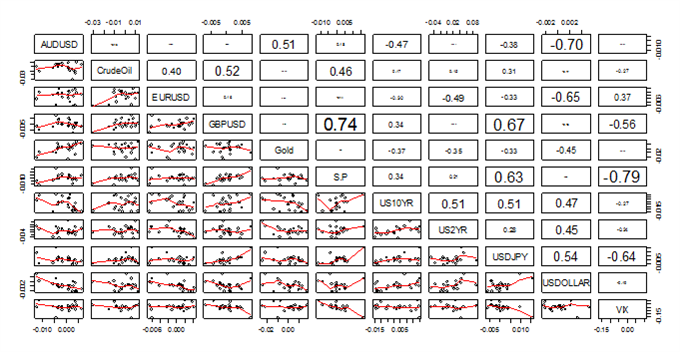