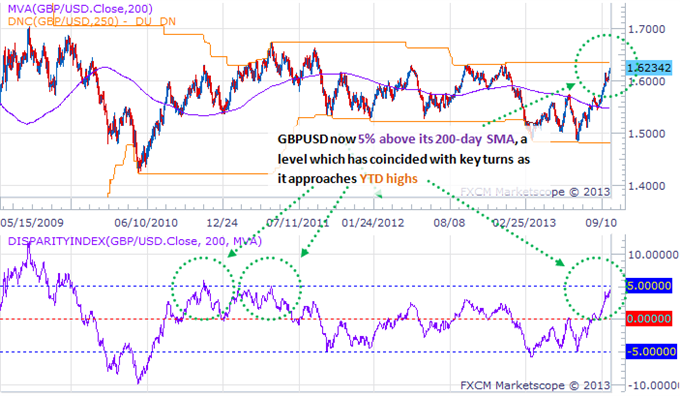 British Pound Clearly Overextended, but When Would we Sell?

- British Pound gains are most extreme since major 2012 top

The British Pound trades to fresh 9-month highs versus the US Dollar, but these key signs suggest that GBPUSD gains are unsustainable. Instead of selling into such strength however, we’ll watch for these factors for major signs of turnaround.

The British Pound now trades 5 percent above its 200-day Simple Moving Average, a level which has coincided with significant turning points in 2010 and 2011.

The month of September likewise saw the single-largest GBPUSD gain since July, 2010, while the weekly RSI recently hit its highest levels since November, 2007. View a full summary of key GBPUSD technical developments.

Gains are clearly overextended and the current pace of British Pound appreciation is unsustainable. Does that mean we see a sharp turn lower? We look to what traders are doing for clues on the next move in GBPUSD.

Forex Trader Sentiment the most Short GBPUSD since Major 2012 Peak 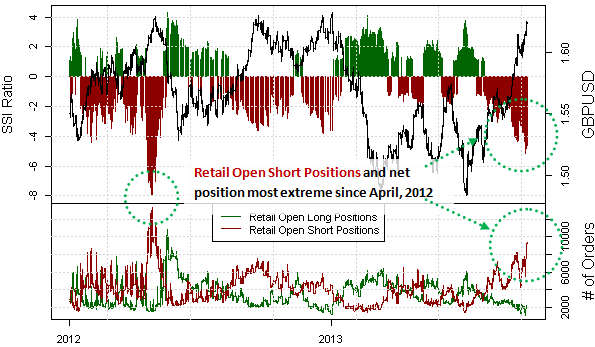 Our Speculative Sentiment Index data shows that retail traders are currently their most short GBPUSD since the pair traded into a significant top in April/May, 2012. We most often go against what most traders are doing; if everyone’s short, we like to buy.

Yet extraordinarily one-sided positions often coincide with major turning points. Does that mean we would like to sell into current gains? Not quite. The problem is simple: THE price and sentiment extreme is only clear in hindsight.

The chart above should emphasize said fact; GBPUSD short positions set fresh records in 2012 and by a very wide margin.

What might signal the turn? We’ll wait for a similar shift in sentiment.

Our purely SSI-based Momentum2 trading strategy looks to trade major shifts in positions. Traders might be short, but if crowds suddenly shift towards buying the Momentum2 strategy would sell GBPUSD. Past performance is not indicative of future results, but the system has done quite well trading the GBPUSD as it continues to hit fresh peaks.

The sticking point is simple: the GBPUSD is clearly overextended and a short position is attractive by many measures, but it seems irresponsible to sell into runaway gains.

Thus we’ll first look for a substantial shift in retail forex crowd positioning as early warning sign of a GBPUSD reversal. The Momentum2 strategy would act as that signal, and we’ll watch whether it goes short through near-term trading. 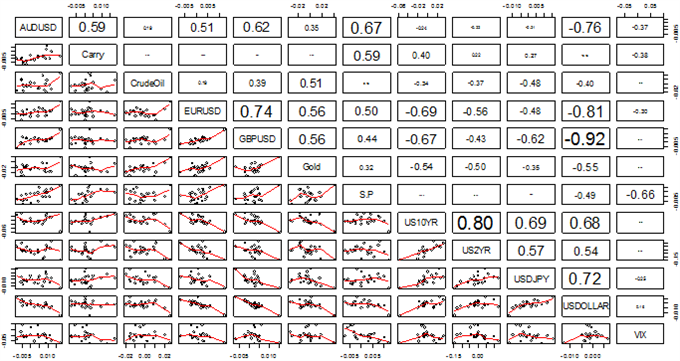