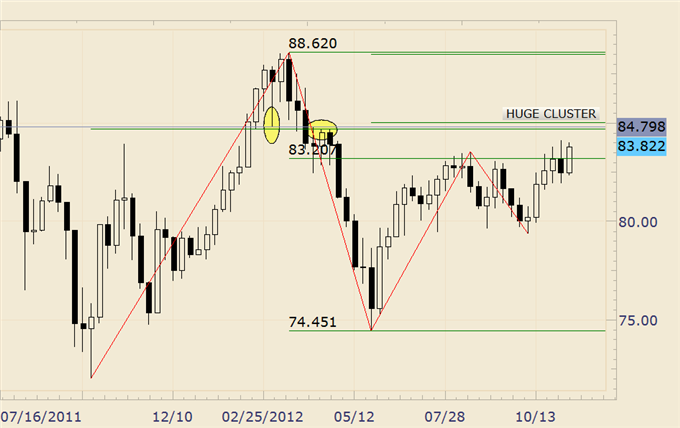 FOREX Technical Analysis Observations: The AUD/JPY is far working on an inside week as price trades around (literally) the 618% retracement of the decline from 8862 for the 4th consecutive week. There are signs of price topping intraday such as JS Spike bars on 60 minute and 240 minute charts. Still, one must consider the possibility of another push into former pivots / Fibonacci cluster at 8480.

FOREX Trading: Shorting right now is a shot in the dark. It could work but one risks a push into 8480. I prefer to wait the week out to see if price can stay below last week’s high. An inside week would at least offer an objective setup. 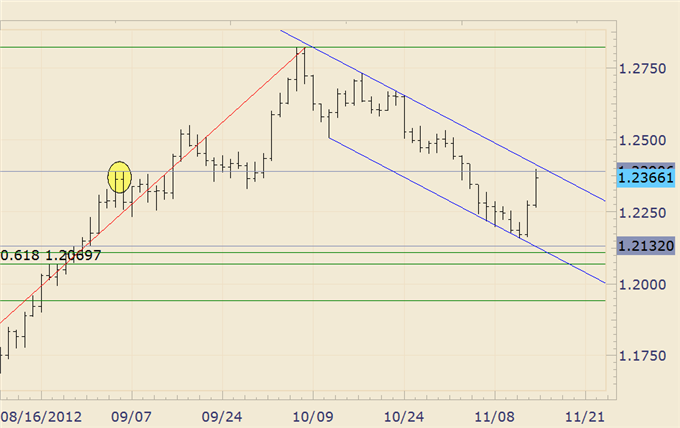 FOREX Technical Analysis Observations: In the last report, it was noted that I was on the lookout for a low near 12100. The EUR/AUD never got there. Price traded no lower than Tuesday’s low and is now over 200 pips off of the bottom. Today’s high is the same place where early September congestion began to take place (9/5 high) as well as the 38.2% retracement of the decline from the 10/17 high at 12731 (retracement is 12378). This price relationship is consistent with a 4th wave. 12414 (38.2% of decline from October high) would be resistance in the event of another push.

FOREX Trading: Remember, “momentum and the first day of the month high are consistent with a bearish trend throughout November.” Daily RSI has corrected and is now just below 50. The presence of mentioned levels indicates a high risk zone so it’s time to start looking lower again. 12264-12300 is estimated support a few days out. 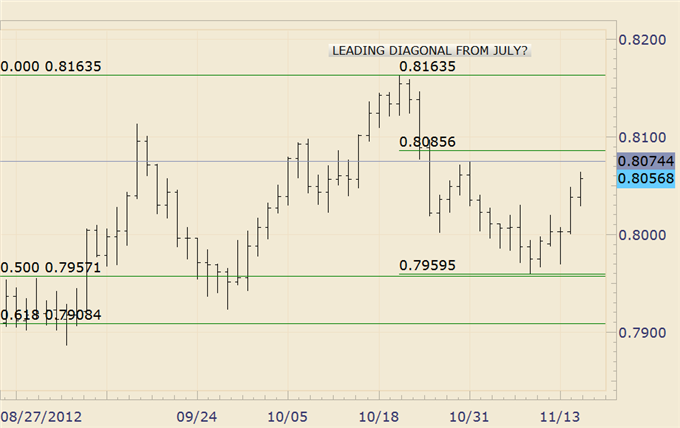 FOREX Technical Analysis Observations: It’s important to realize that the EUR/GBP rally from 7751 is probably a leading diagonal for several reasons. Leading diagonals are motive waves that occur as wave 1 or A but the subsequent 2nd or B wave often retraces a significant amount of the leading diagonal. Price has bounced from the 50% retracement.

FOREX Trading: “Allowing for additional strength off of the 50% retracement, expect resistance at/between recent pivot highs of 8030 and 8074 before the next leg of weakness towards deeper retracements levels at 7908 and perhaps 7839. The EUR/GBP is nearing 8074, which is defended by the 61.8% level at 8086. I’m expecting the market to react at these levels. 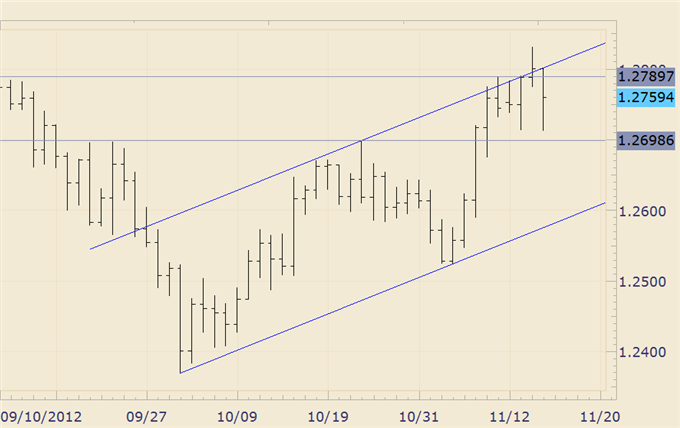 FOREX Technical Analysis Observations: After trading through the channel Wednesday, the AUD/NZD has declined to sharply today in what may signal the beginning of the next bear leg. The 3 wave structure of the rally from 12640 and corrective channeling is consistent with a resumption of longer term weakness. 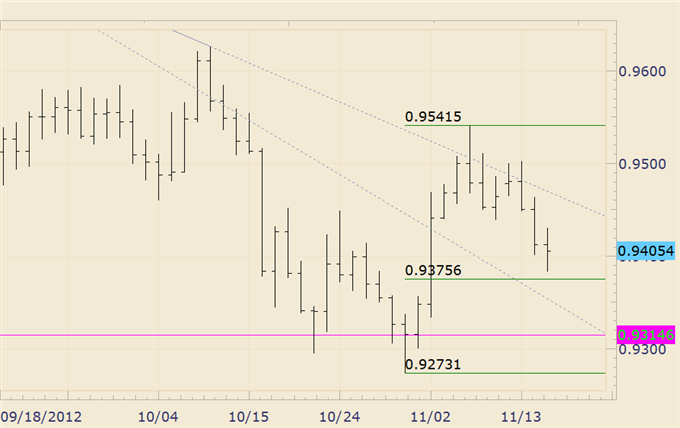 FOREX Technical Analysis Observations: “2 weeks ago the CADCHF made a weekly JS Spike (emotional bottom). The rally from 9273 is clearly impulsive and the low for November is on the first day of the month.” Structurally, the decline is a perfect 3-3-5 flat correction.

FOREX Trading: “Conditions warrant a bullish stance on dips. The first support area, defined by the 38.2% retracement and 10/24 high, has already been tested and held. However, the decline from 9542 is either a 2nd or B wave, which is usually deeper than 38.2%. As such, be on the lookout for a low closet to the 61.8% level at 9376.” 9376 was nearly reached today. The clarity of the decline (see above) suggests risk is to the upside.

To be added to Jamie’s e-mail distribution list, please