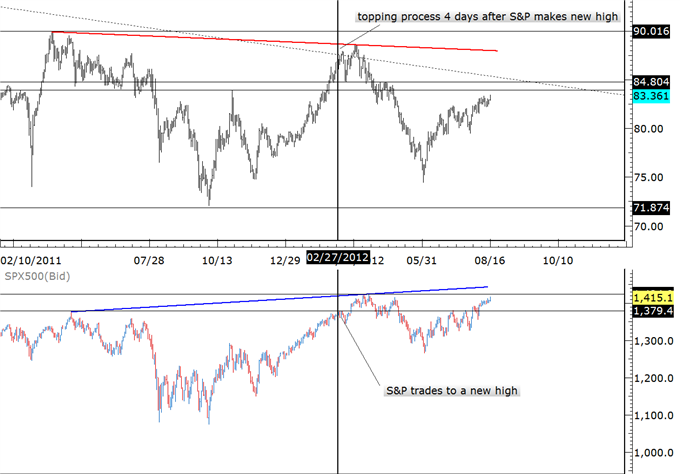 The AUDJPY traded through its May high today but remains well below its March high. This in itself is interesting because US indices (DJIA and S&P) are pressing against their highs from April. Is this a replay of late February / early March? The S&P traded to a 4 year high on February 27th. The AUDJPY was well below its 2011 high at that time and closed the day at 8671. The topping process began 4 days later on March 2nd (high was 8800). The ensuing days saw the AUDJPY trade below 8500 and then higher into the final top at 8863. The current situation is nearly identical. Expect AUDJPY resistance near 8460/80, which is the March low and April resistance. 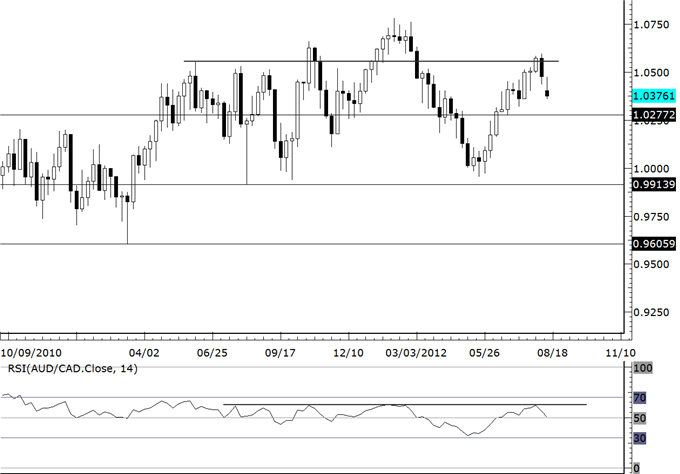 Continue to look lower in the AUDCAD, especially in light of last week’s outside and key reversal. 10277-10320 is of interest near term. Resistance is 10430 and risk for shorts should be moved down to 10485 (weekly high). A big picture view reveals bearish potential towards the low of the multiyear range near 9900 (weekly RSI resistance is telling too). Previous comments were that “the AUDCAD is setup for a sharp reversal. The rally from 10277 is at risk of being fully retraced and quickly as the advance from the level has unfolded as an ending diagonal (today’s poke above the upper diagonal line constitutes a throwover).” 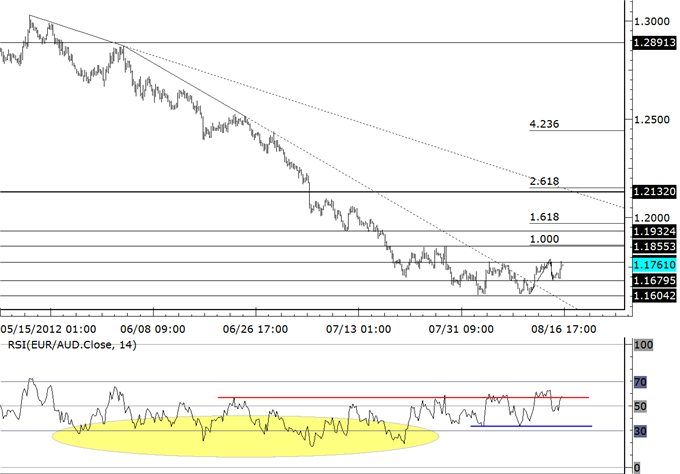 “Evidence continues to mount that the EURAUD has found some sort of bottom. Friday’s reversal is at the ‘right time’ (early in the month)…” We can point to even more evidence that the EURAUD has bottomed such as the change in RSI range on the 240 minute chart. Since the low, RSI has failed to penetrate 30 (sign of exhaustion) and pushed through levels that were resistance on the way down. Trading through 11790 would warrant a bullish breakout strategy towards the February low (former support) at 12133.