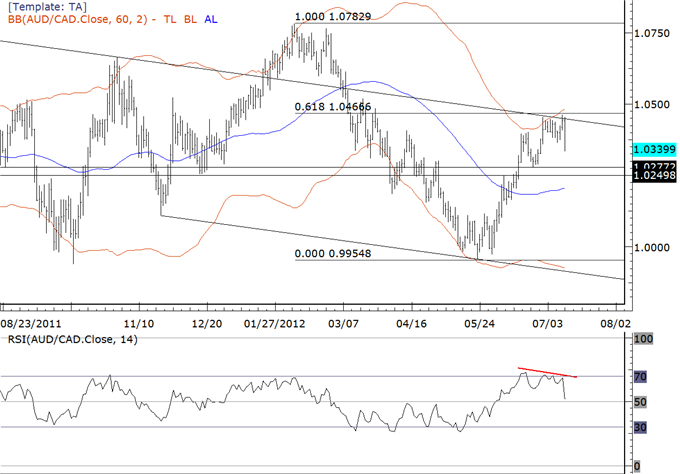 Australian Dollar Drops Across the Board

“Might the AUDCAD be sending warning signals to AUD (and risk) bulls in general? I think so. The 2nd standard deviation band (60 day) has provoked reactions over the last year, typically within several days of touching the band. The 61.8% retracement of the 10783-9955 decline comes in at 10467 as resistance. Reward/risk favors bears.” A slight new high was registered yesterday before the sharp decline today. A break below 10277 is needed in order to break the series of higher lows but the bearish evidence (61.8%, 2nd standard deviation band, RSI divergence) prevents me from a ‘buy the dip’ mentality. Resistance is 10360 and 10400. Support is 10250/77. 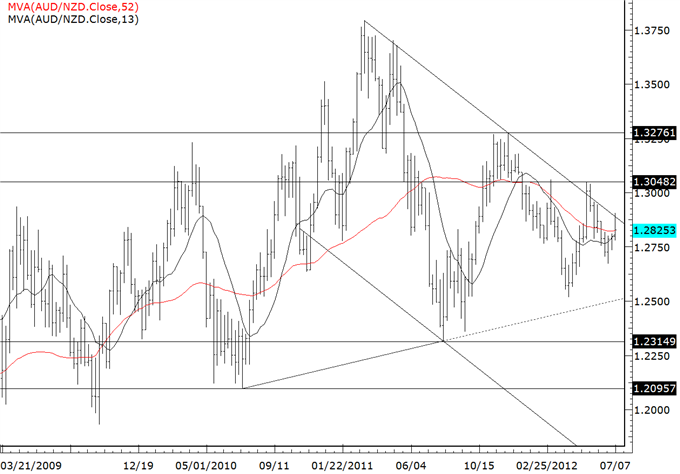 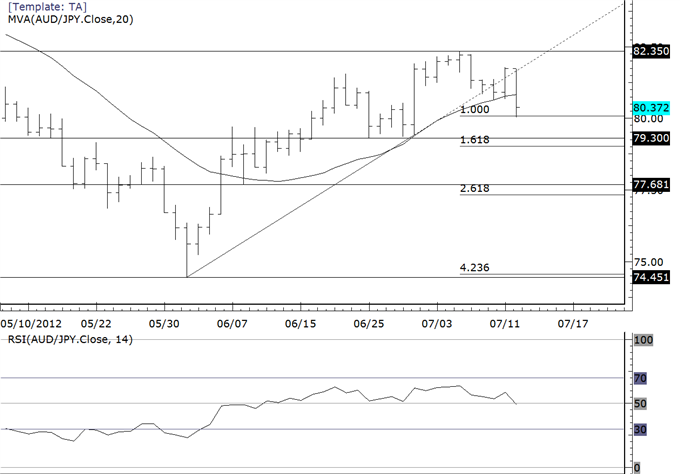 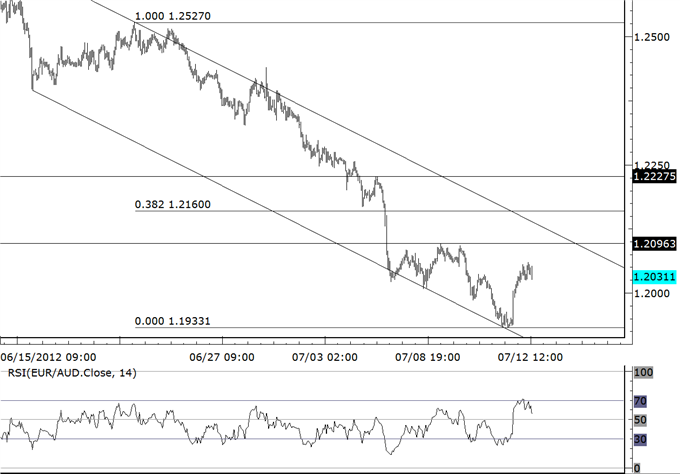 The EURAUD has ticked up from free-floating record lows. Is this a major reversal? Probably not but one can expect another 100-200 pips on the upside given the 5 wave decline from 12527. Brave souls may wish to employ a ‘buy the dip’ strategy below 12000 and look for a move into 12230-12230 (38.2% retracement and former pivot). Above 12363 is needed however in order to signal that a more important low is in place.