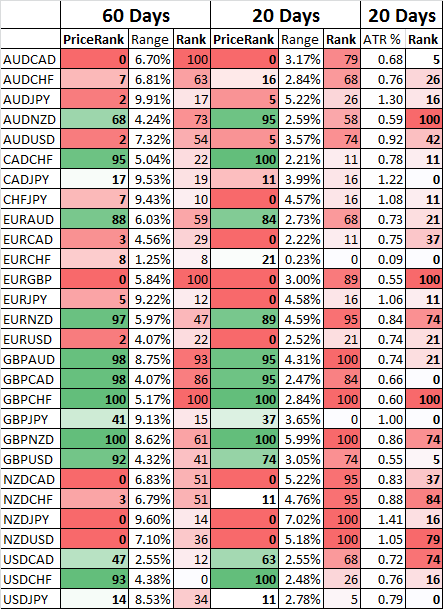 Bullish Breakouts in EURAUD and EURNZD 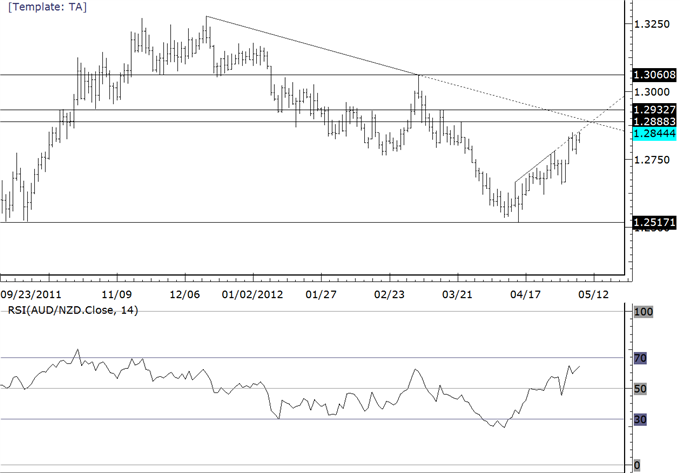 A multi-year topping pattern is evident on weekly charts. This rally from the April low offers an opportunity to align with the larger bear trend against 13061. Resistance is defined by the current level (upward sloping trendline) and extends to trendline resistance (extends off of December and March highs) / former highs at 12888 and 12933. Daily RSI is at a level consistent with bear market tops. 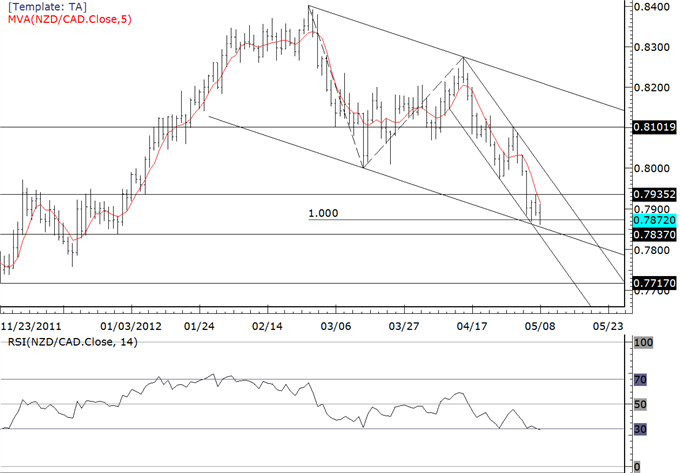 I wrote last week that “the NZDCAD slipped below the 1/2/2012 low today. This is significant in that action for 2012 composes an intrayear reversal. The level is defended by the 100% extension of the decline from February and channel support. Don’t chase at these levels. A better play is to fade a likely bounce against 8100. 7940/80 is resistance. In sharply trending markets, the 5 day average is useful as a trigger. 7840 and 7720 are bearish objectives.” The NZDCAD got to 7935 yesterday before faltering. A confluence of channels and the 12/29/11 low define support at 7840 / current level. A bounce into 7935/75 would offer a chance to short again. 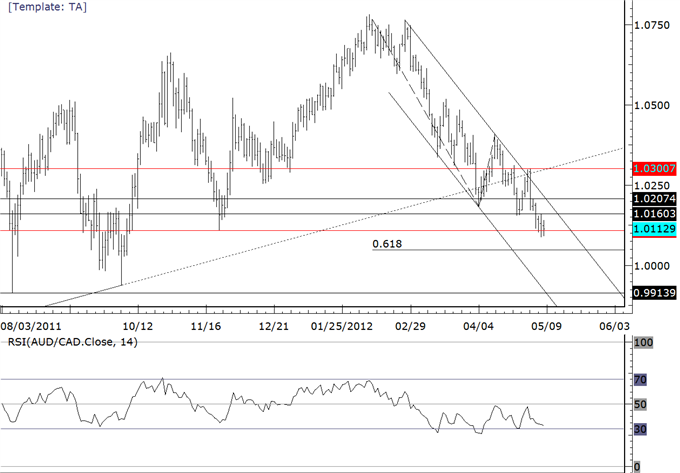 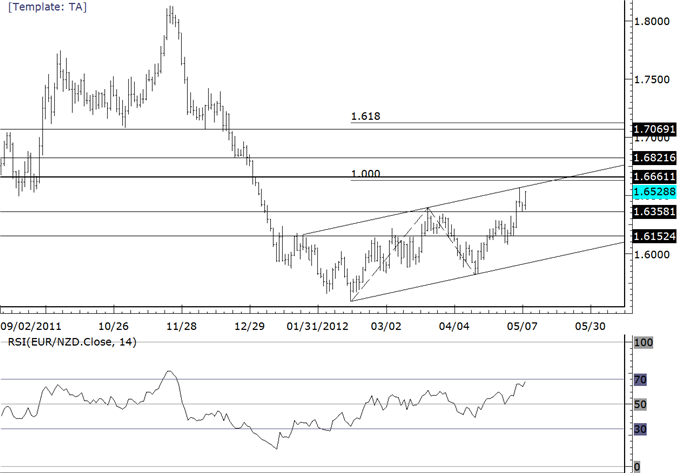 Currently testing channel resistance, immediate focus is on the 2012 high (1/2 high) at 16662 and a move through would be considered significant not just because of the YTD high but also because of the break through the base channel. As focused on many times in these technical pages, a break of the base channel suggests that an impulse is underway. In this case, focus shifts higher to former support at 17069 and the 161.8% extension at 17121. 16450 is support and the near term trend is up against 16359 (Monday low). 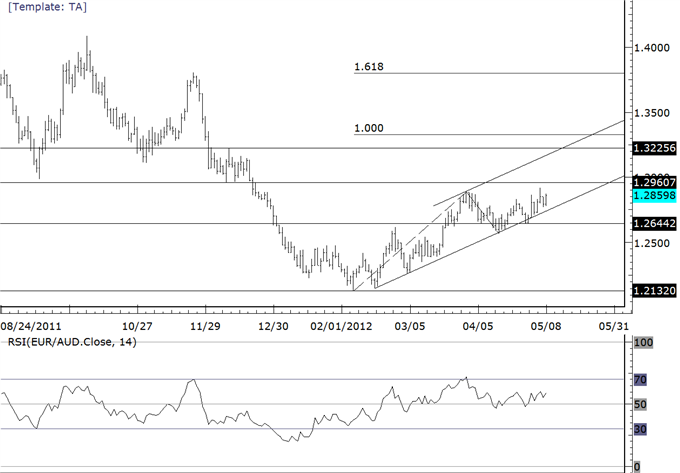 Currently holding trendline support, the EURAUD is constructive against 12690. Reward/risk is favorable towards a former pivot at 13226. Channel resistance crosses this level next week (on the 15th to be exact). Any setbacks should be bought against 12690. Initial support is 12830…then 12750.