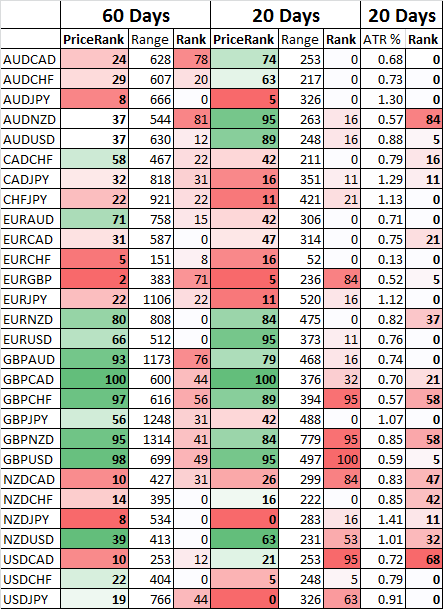 Cable has been strong across the board for the last several months but that cycle may be ending as GBP crosses are pressing against resistance. Of the commodity currencies, the AUD appears vulnerable against the NZD. The NZDCAD is in the middle of its range and could go either way which makes me bullish both NZD and CAD…against Yen. The CADJPY idea is especially intriguing given today’s breakout in crude. I’m limiting risk to TODAY’s LOWS. Rallies in the Yen crosses are contingent on risk sentiment, which seems to change each session these days. 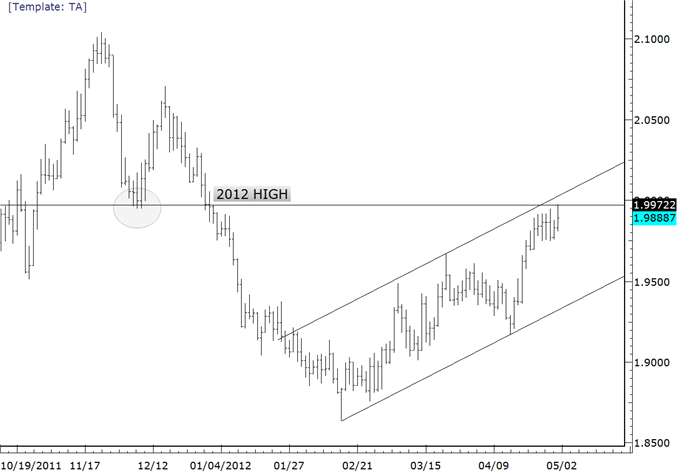 The rally from the February low has reached resistance from former support (December 2011 low). Probably more important is that price has returned to its open for 2012. Early year opening ranges often provoke reactions. The proximity of channel resistance reinforces resistance at these levels. 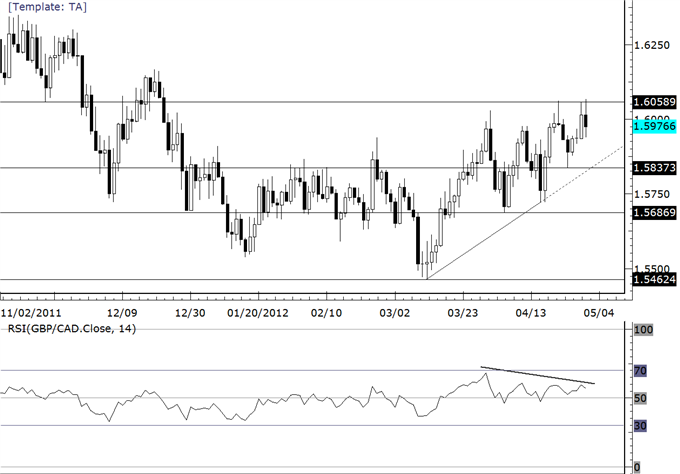 A key reversal formed today in the GBPCAD. Interestingly, the last key reversal was on the first trading day of April (4/2). Price declined for several days thereafter before reversing. The combination of today’s key reversal and waning momentum is consistent with a near term top. 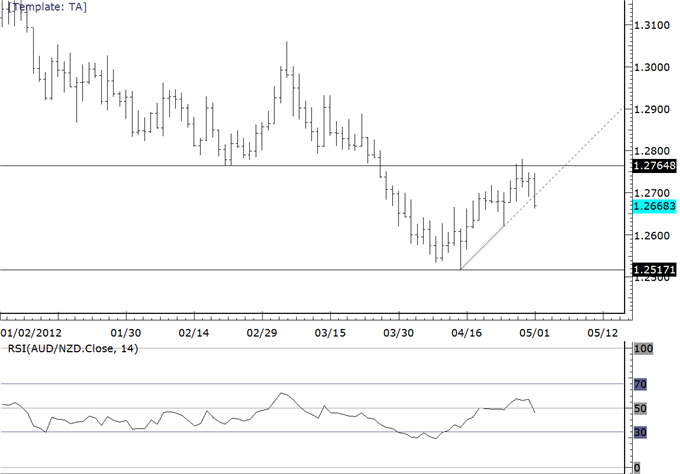 It’s been our contention in these technical pages that the larger AUDNZD trend is down. In fact, a multiyear topping pattern would be confirmed on a drop below 12317. Near term, the failure at former support and subsequent break of short term trendline support is bearish. RSI is adhering to bearish range rules as well. 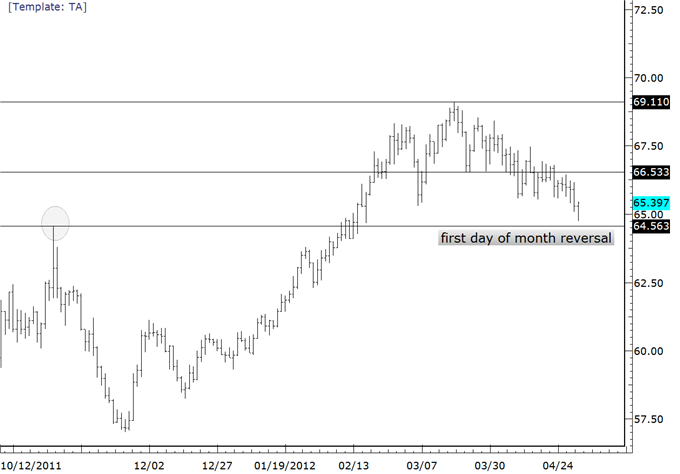 Today’s low occurred just before the 2/16 pivot low (6466) and October 2011 intervention high. The proximity of these levels and reversal on the first day of the month (the first trading day of the month is the most likely day of the month to produce important pivots) presents a high reward/risk bullish opportunity. 6650 and 6750 are levels to watch for resistance moving forward. 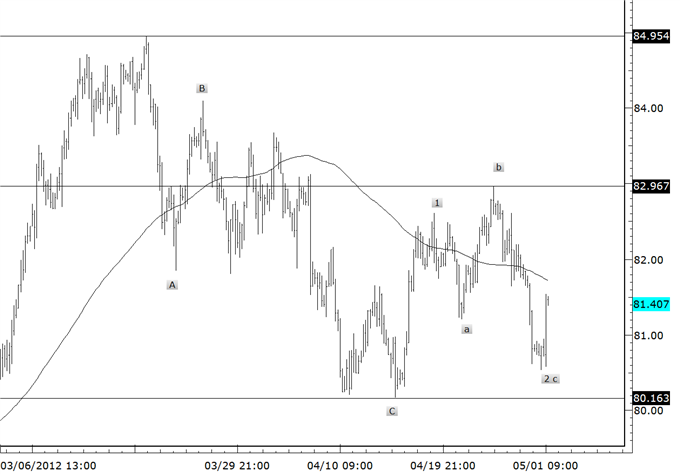 I couldn’t write an article without presenting a wave count. Bottom line here is that I am bullish against 8016. A 3 wave drop ended at that level and the sharp decline into this morning probably completed a flat correction from the 4/19 high. Longer term, the 13 week average continues to hold on closing basis.