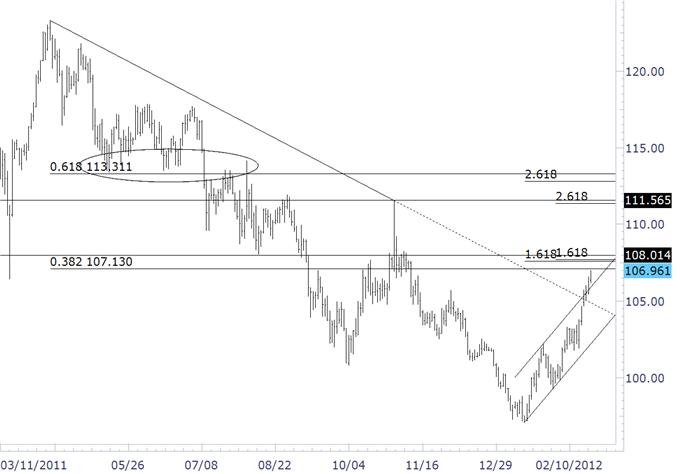 Resistance in Play for Yen Crosses Early Next Week 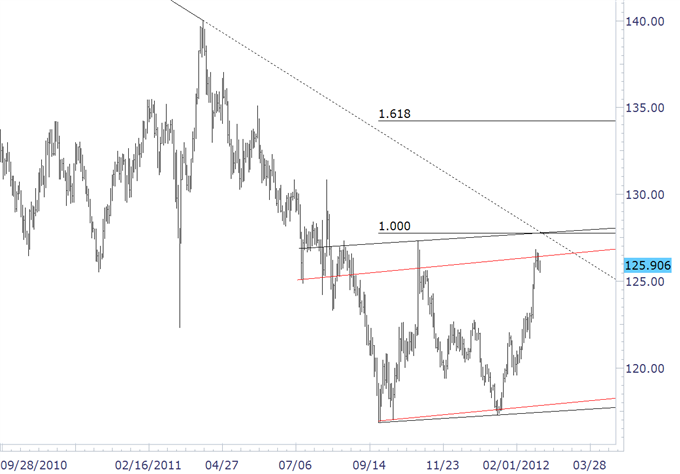 The bulk of the near term bull move is complete but expect the GBPJPY to subdivide higher to test the 100% extension of the 11683-12732 at 12776. This level intersects with the trendline that extends off of the 2009 and 2011 highs and channel that characterizes structure since the 2011 low early next week (red channel is drawn off of the closes). 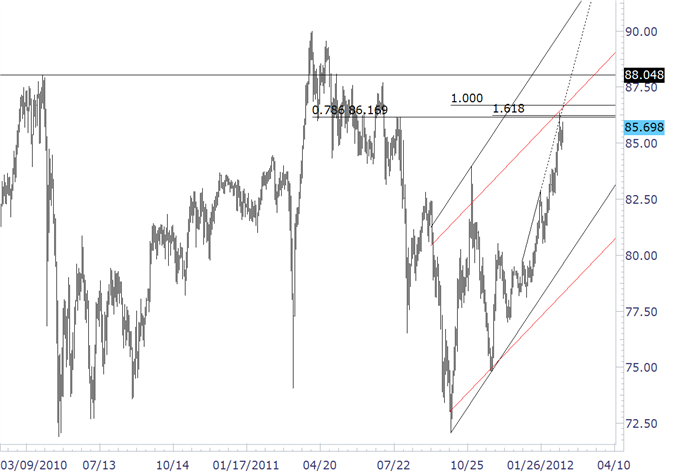 Barring a drop below 8470, upside potential remains for a test of the 100% extension of the 7204-8395 rally at 8668. The April 2010 high is also in play at 8804. Mature structure and waning momentum suggest a sharp reaction is likely (lower) in the event of a test of the mentioned levels (red channel is drawn off of the closes). 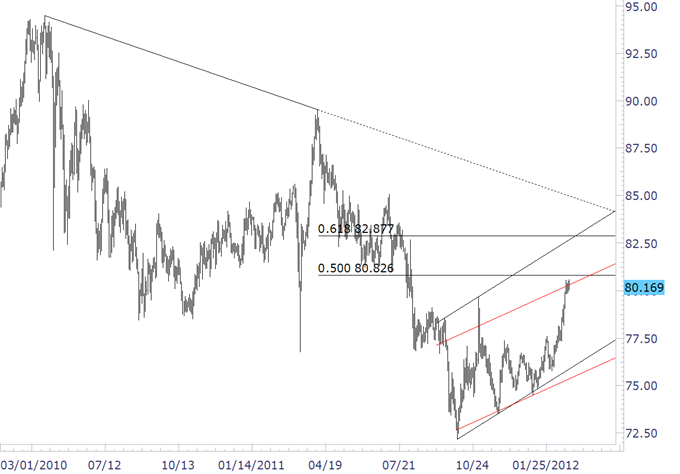 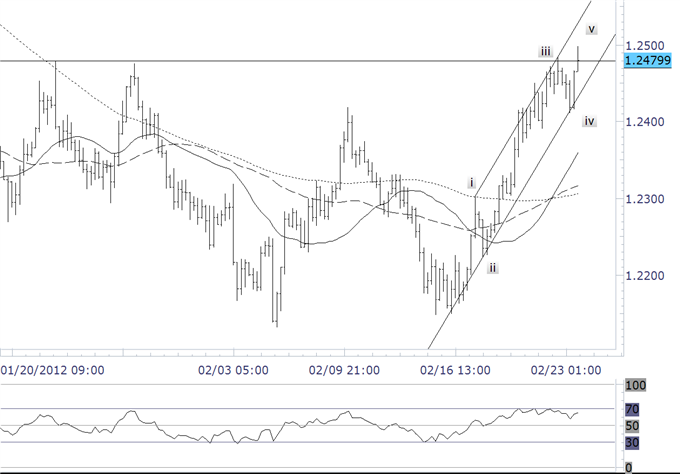 Currently testing resistance from the 1/30 high and 50 day average, the 5 wave rally from the 2/16 low leaves the EURAUD vulnerable to at least a short term pullback below at least 12400. This fits with risk trends in general, which suggest a strong thrust before a top and reversal (think Yen crosses, USD pairs, stocks). 12380 and 12305 are supports.

Bottom line: lower but in a correction then higher 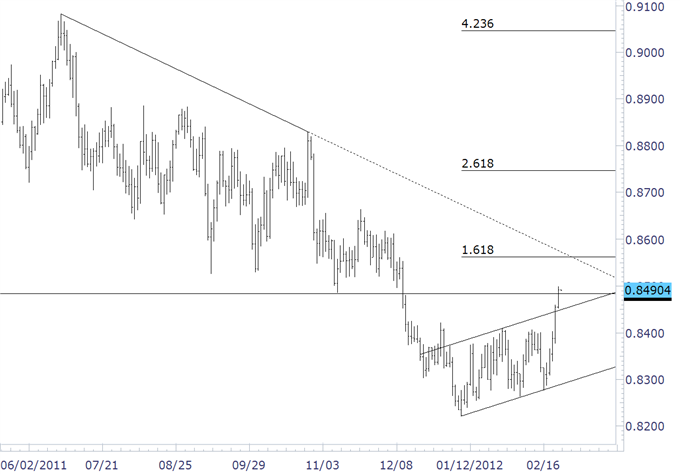 The break above 8410 and corrective channel resistance gives scope to an extension towards the 161.8% extension of the 8221-8409 rally, at 8569…but probably not until a dip into 8400/50. The mentioned Fibonacci extension intersects with the July-October trendline early next week.

Bottom line: a dip then higher 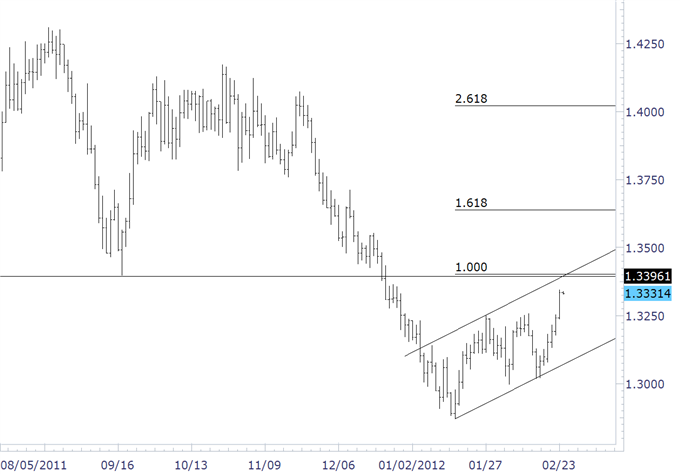