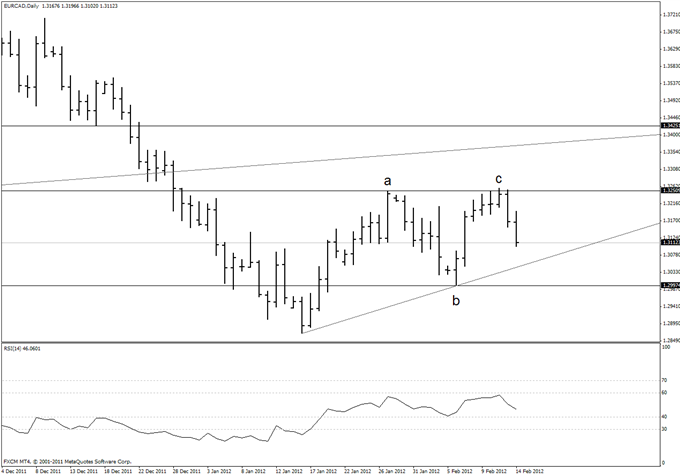 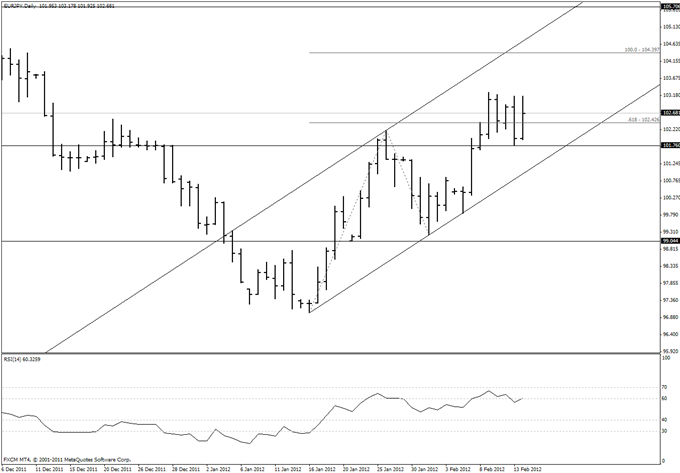 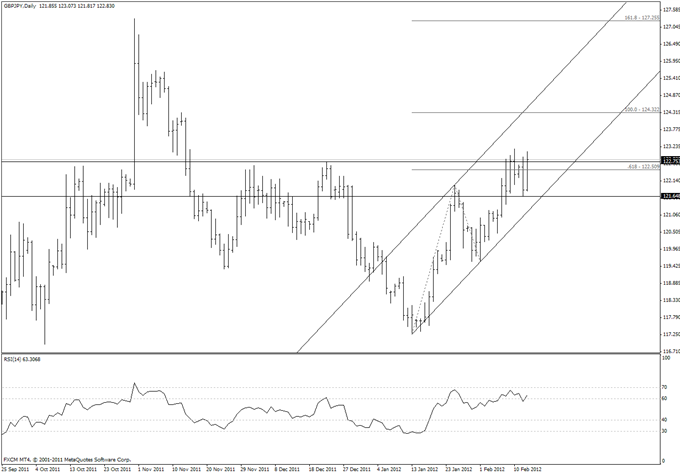 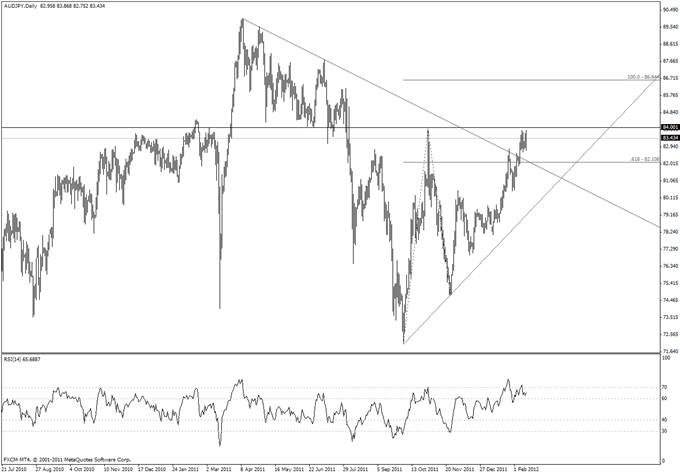 The AUDJPY has taken out its January high and 9 month trendline, which exposes the October high (and intervention high) at 8395. The specter of 5 wave advances from the 12/15 and 1/30 lows indicates reversal potential so keep risk to 8265. A drop below would shift focus to 8190. An extended objective remains the 100% extension of the rally from the October low, at 8668. 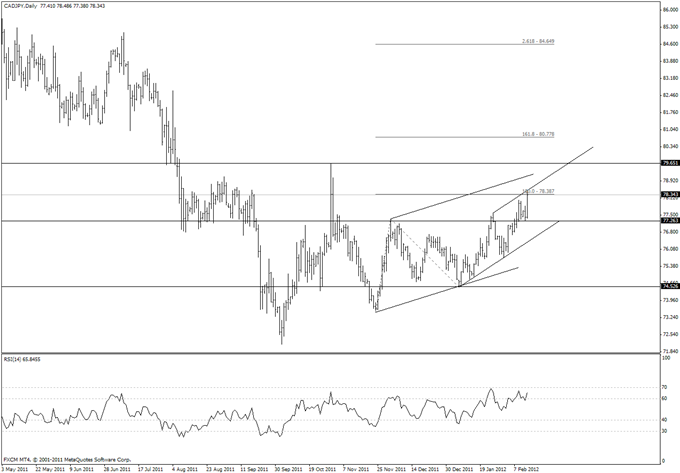 The CADJPY traded to its 200 day average today for the first time since July. Focus does remain on the October high at 7964 and a Fibonacci confluence at 8080/8100 (100% extension of rally from October low and 161.8% extension of rally from November low) but respect potential for some consolidation after today’s impressive advance. 7825 and 7790 are supports. 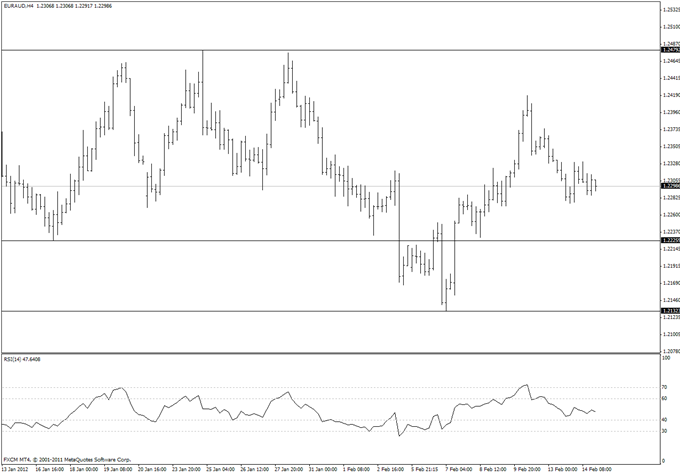 Last Tuesday’s outside day reversal did give way to 3 days of strength but price failed ahead of the late January highs and has now retraced half of the rally from 12133. As long as the EURAUD is below 12477, trend should be considered sideways / down. Interim support is 12230. 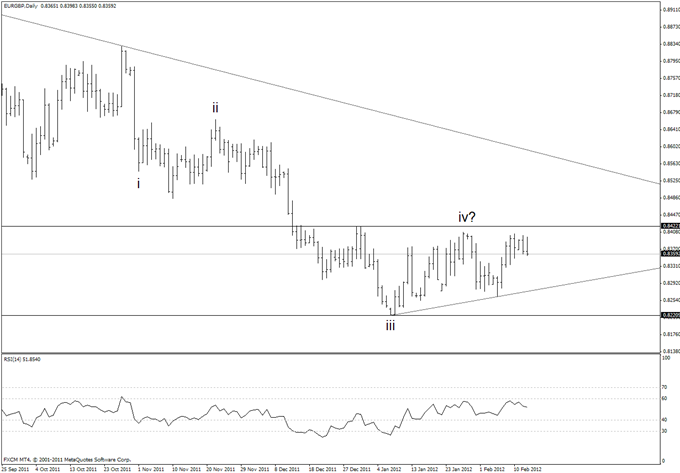 It’s difficult to see the EURGBP rally from 8221 as anything more than a 4th wave correction. As such, price is vulnerable below 8410. Still, exceeding 8410 would shift focus to the November low at 8485. Also don’t dismiss potential for continued sideways action between 8250 and 8410. I don’t see a trade here.