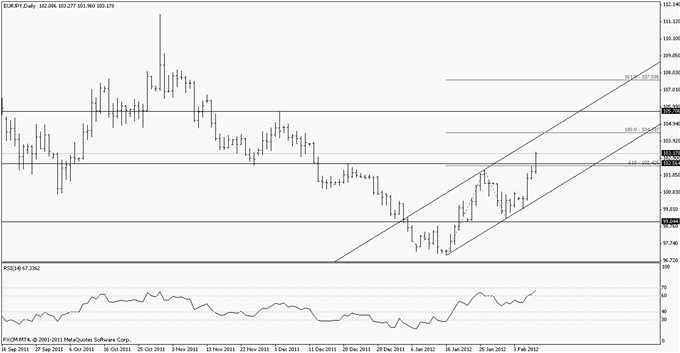 Some Froth in the Yen Cross(es) but Upside Still Favored 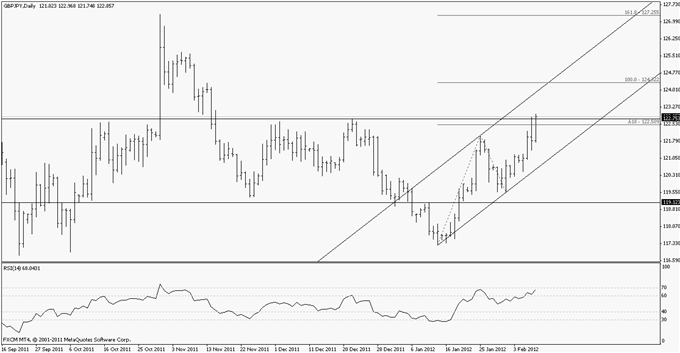 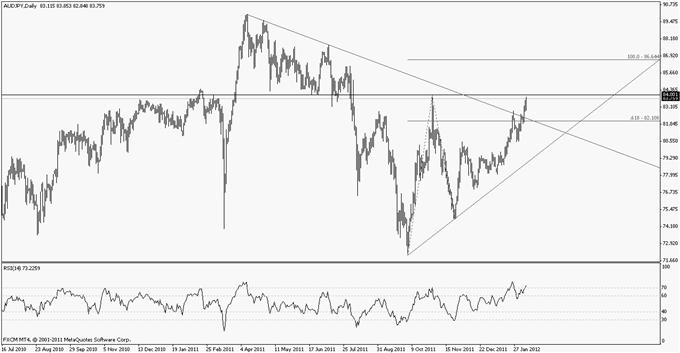 The AUDJPY has taken out its January high and 9 month trendline, which exposes the October high (and intervention high) at 8395. The specter of 5 wave advances from the 12/15 and 1/30 lows indicates reversal potential so keep risk to 8315 (moved up from 8185). A drop below would shift focus to 8260 and 8190. An extended objective remains the 100% extension of the rally from the October low, at 8668. 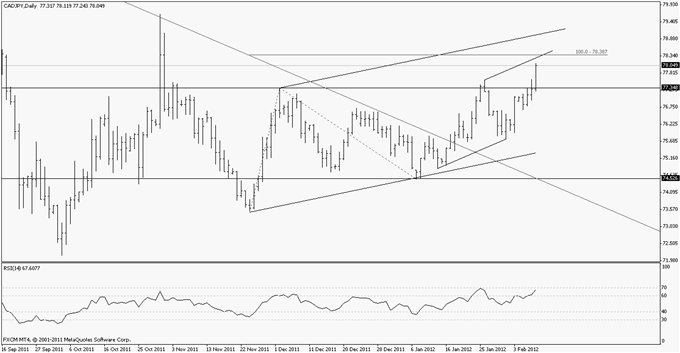 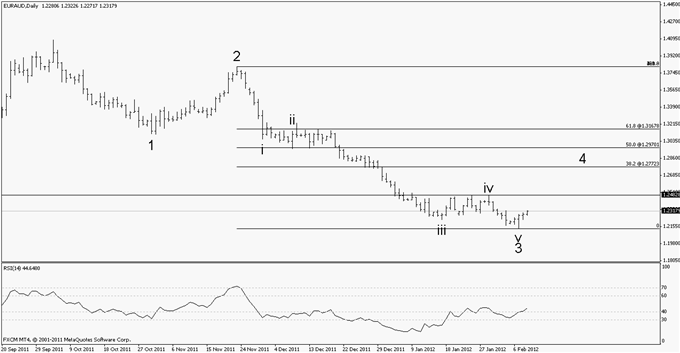 Tuesday’s outside day reversal indicates that the EURAUD decline from the November high may be complete (an objective was just below 12000 but it would be foolish to ignore the reversal evidence) in 5 waves. The implications are for strength, perhaps as high as 12700+ over the next few months. Bulls are struggling with the 2/3 high and 20 day average so long shouldn’t get overly aggressive. The stop should remain 12130. 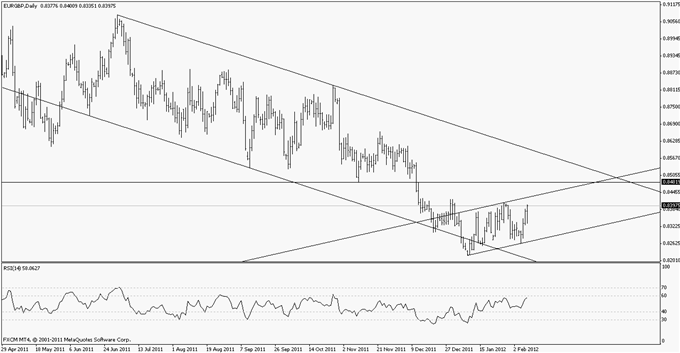 Tuesday’s comment that “today’s move through the early month high decreases confidence in a bearish bias” still rings true as the EURGBP has extended gains through its 50 day average. Exceeding 8410 would shift focus to the November low at 8485. Also respect the potential for continued sideways action between 8250 and 8410. I don’t see a trade here. 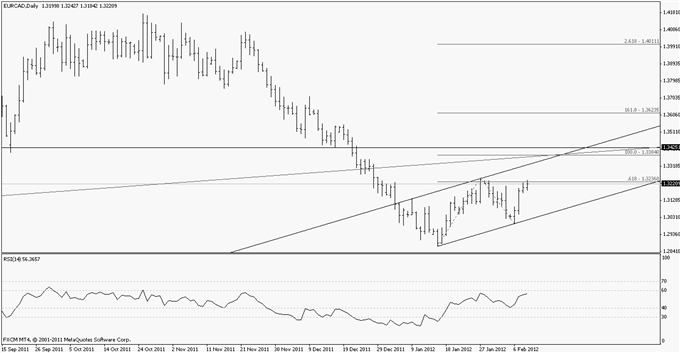 “The decline from the 1/27 high is clearly corrective and today’s advance shows impulsive characteristics. As such, a more important low may be in place at the 1/17 low than previously thought. Exceeding 13251 would shift focus to the 100% extension at 13374. Channel resistance intersects this level next week.” Support comes in at 13140 and 13170.