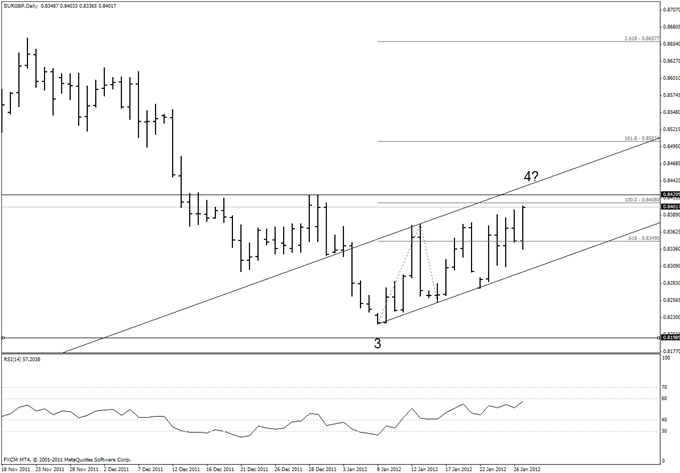 Rare Opportunities in the Yen Crosses

I maintain that the EURGBP rally is a corrective 4th wave advance and that a new low will be registered (under 8221). Price is nearing resistance from 8407/20 (100% extension of move from the low and 12/29 high). There is also corrective channel resistance at about 8450 on Sunday/Monday. Strength into this area is still within the confines of a bear move. Favor the downside against 8500 (a rally to that level would not fit within the confines of a bear). 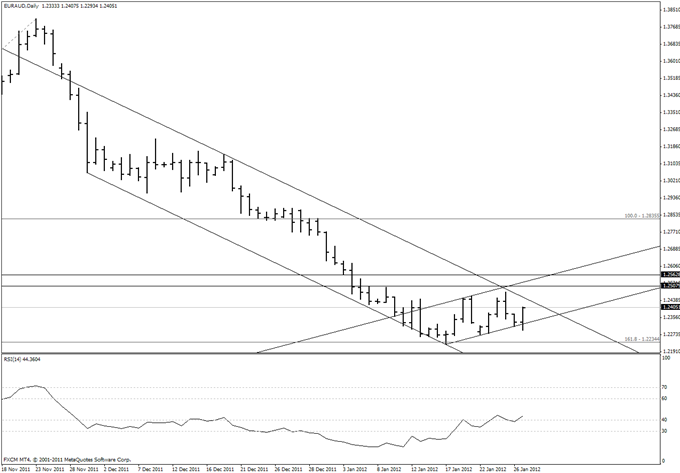 The EURAUD bounce from the low is in 3 waves which leaves the pair vulnerable to a new low (under 12227) before a larger recovery takes place. The 20 day average is also providing resistance at the current juncture. Perhaps a Euro negative event is around the corner that leads to a run at the lows across the Euro space. This is conjecture of course and stops on shorts should be kept to this week’s high (12470) as a pop above shifts focus to 12510/70. 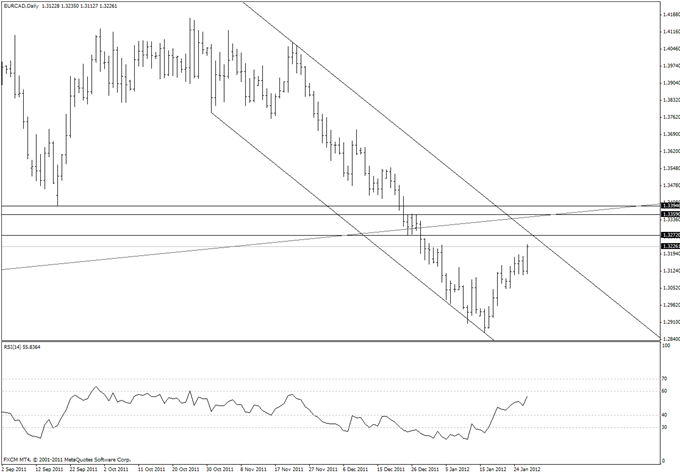 I wrote last earlier this week that “price has reached and slightly exceeded 13140 but resistance extends to the early month high at 13230.” The EURCAD reached 13236 today and is now unchanged on the month. The next level of resistance is 13275. Expect a reaction lower at that level. 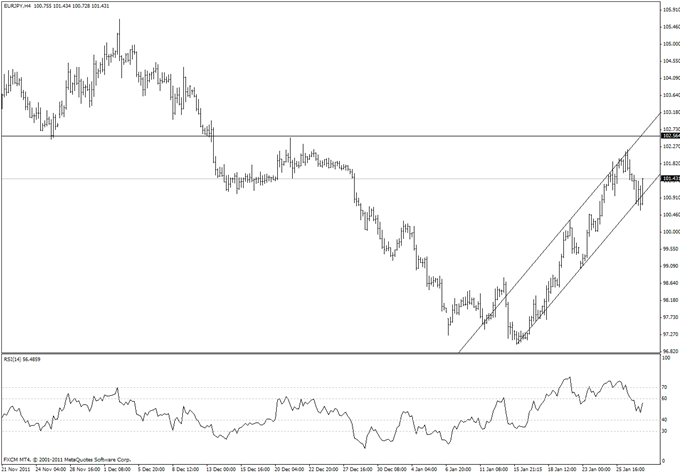 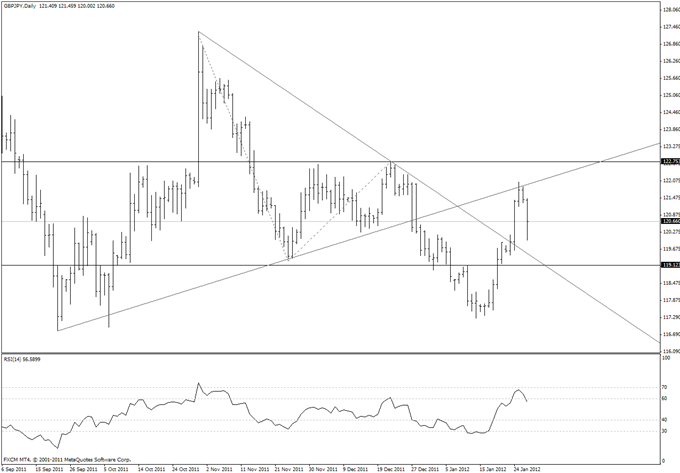 The GBPJPY rallied for 6 consecutive days before yesterday’s inside day (at the 2nd BB band) and decline into former resistance from the 1/23 high. Resistance was strong from the former support line (September-December) and the next support zone is 11960 and 11915. Expect resistance from 12110/30 before a drop into the low 11900s. 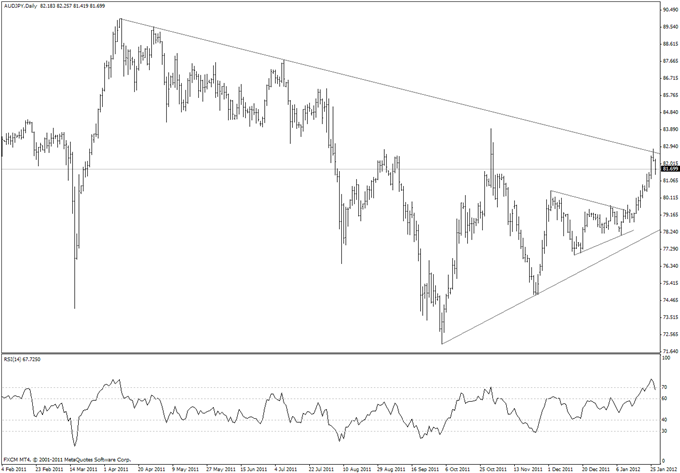 The AUDJPY reversed right at the trendline that has defined the large downtrend since the April top. Daily RSI reached 75 yesterday as well. Since the carry trade top in July 2007, RSI readings of 75 or more have occurred in June 2007 (end of June), October 2009, April 2009, and April 2011. All were significant tops. A run at the October high cannot be dismissed but the evidence favors selling these levels. The next supports are 8050 and 7975. 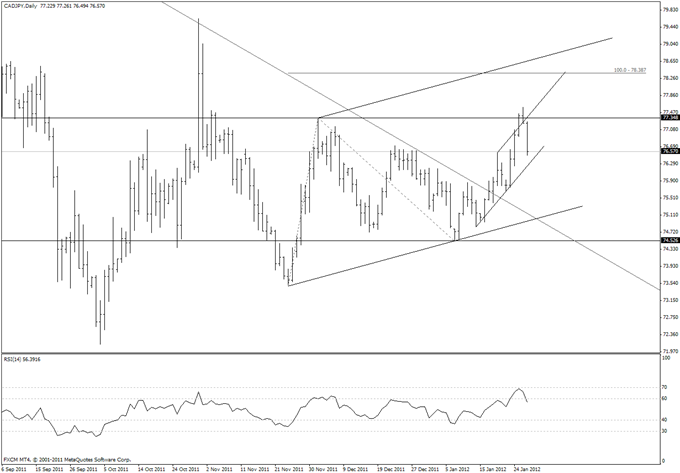 Tuesday’s comments were to “favor the upside against 7570 towards the confluence of the mentioned 100% extension, channel resistance, and 200 day average (this zone is 7840/80).” The CADJPY didn’t make it to the mentioned zone and reversed after tagging the December high at 7737. Initial support has been met (1/19 high). I favor selling strength into 7685-7700.