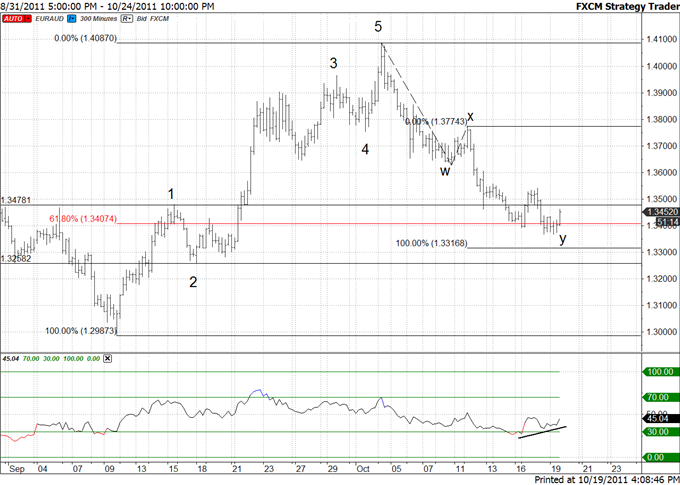 I wrote Friday that “the 61.8% retracement, at 13407, is in the center of former congestion. Still, with no sign of support (yet), focus is on the 100% extension of the decline from 14087 at 13317 and the 9/19 pivot low at 13259.” Now, there are signs that a bottom is forming or even in place. The area surrounding the 61.8% retracement is holding as support and the decline from 14087 consists of 2 separate 3 wave declines (double zigzag correction). RSI divergence on the 300 minute chart supports bulls as does RSI holding above 40 on the daily (RSI range rules). My colleague Christopher Vecchio will publish a trading report on the EURAUD this evening. 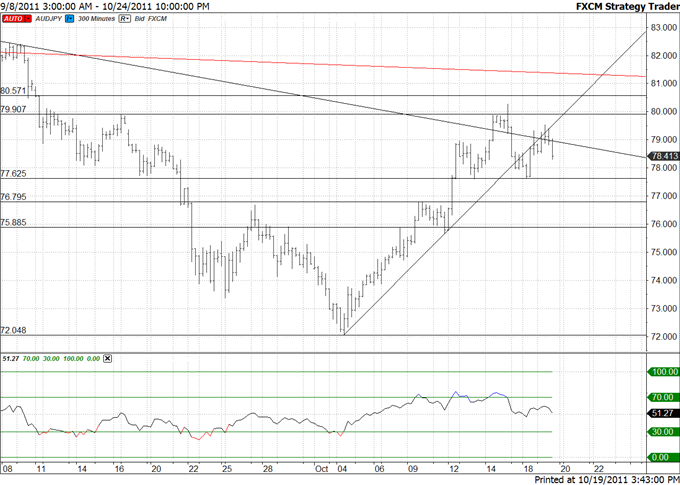 The AUDJPY poked through the trendline that extends off of the July, August, and September highs before failing just shy of former support at 8057. The steep former support line has acted as resistance this week and price is back under the longer term trendline from July thus warning that the pop above the line was a false break. Coming under 7762 would shift focus to 7680 and 7590. 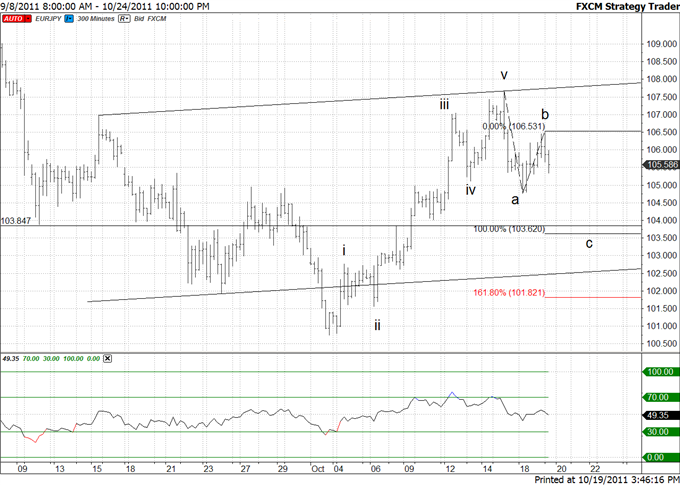 The 5 wave EURJPY rally from the October low demands that we consider a longer term constructive view but the decline from 10769 and subsequent advance is best counted as waves a and b of a 3 wave (a-b-c) corrective decline. The implications are weakness into 10362 before a secondary low is formed. The line parallel to the potential neckline may also come into play at slightly lower levels. 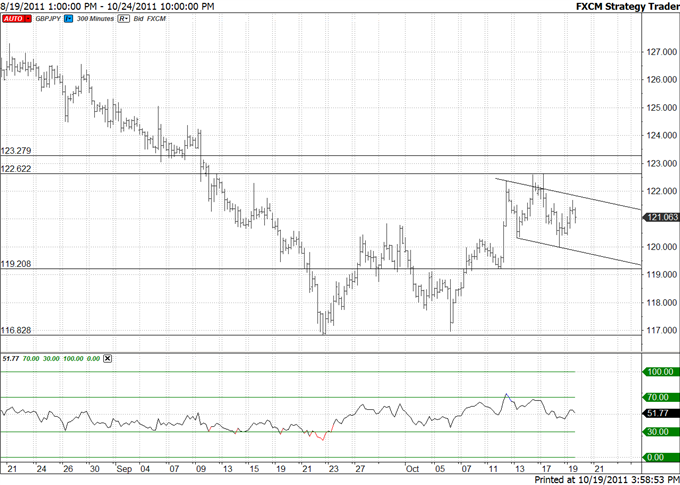 Friday’s commentary was “respect the potential for a top to form soon as per divergence with RSI on intraday charts at the new high and daily RSI reaching its upper boundary for a bear market.” The GBPJPY made it to 12262 before finding a top and a head and shoulders top is visible over the last 6 days. The EURJPY c wave interpretation suggests that we look lower here as well towards 11921. 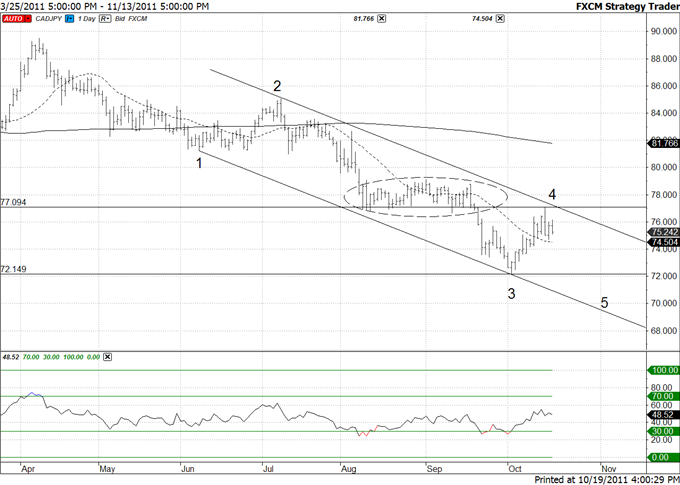 The CADJPY rally from 7215 viewed as corrective. Specifically, strength is viewed as wave 4 within the 5 wave decline from the April high. The Elliott channel wasn’t quite reached on Monday but price did reverse right at the base of the former 4th wave (circled). Look lower in a 5th wave towards 7215. After breaking through the trendline that extends off of the July and August highs, the EURGBP has failed to extend higher and the near term trend is best described as sideways between 8794 and 8680. Still, as long as “the year + support line holds (there were several false breaks), the longer term trend is viewed as constructive. 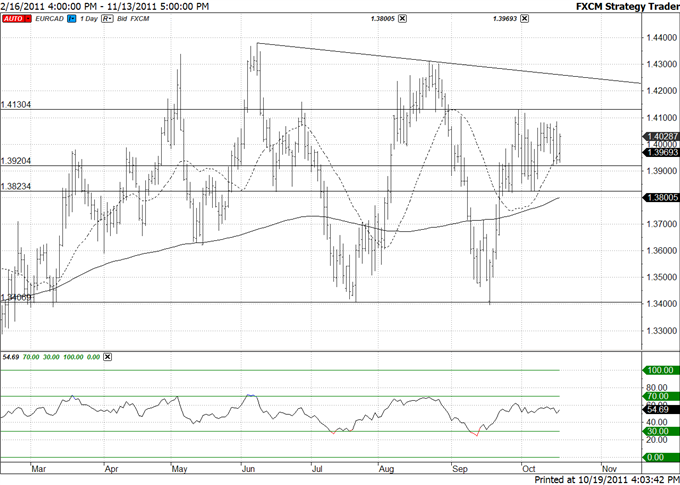 The EURCAD rally from the September low is impulsive thus the longer term trend is viewed in a bullish light. Near term, the upside is favored against 13823 as the decline to there may have completed a correction (notice that the decline reversed right at the former 4th wave).