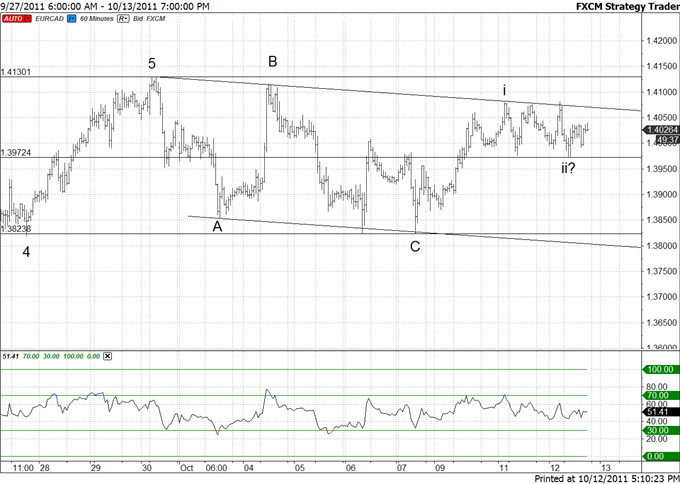 Interestingly, the EURCAD looks quite bullish at the current level. Recent commentary was that “wave C is expected to complete the correction from 14130. The minimum objective is below 13853…” Since trading to 13824, the EURCAD hasn’t looked back. The rally from 13824 unfolded in an impulsive manner (5 waves) and composes wave 1 of the next move higher. The dip to 13972 may complete small wave 2. The current count gives scope to a break above 14130. 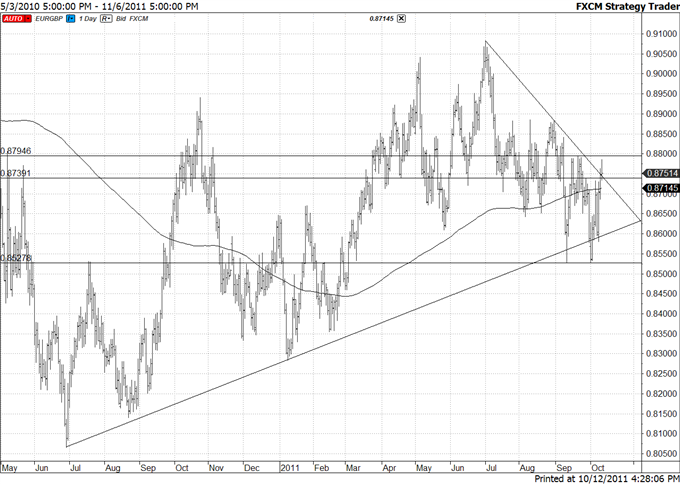 The EURGBP has broken through the trendline that extends off of the July and August highs. With a positively sloped 200 day average (price has also broken through the average) and the year + support line holding (after a few false breaks), look higher towards the summer highs near 8900. 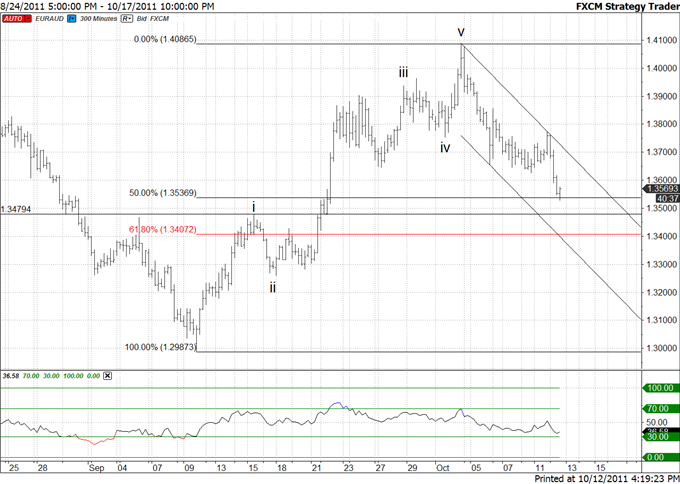 The EURAUD is well into its corrective decline from 14087, having retraced half the advance from 12987. It seems unlikely that the entire correction is complete but the first leg of a larger correction may be close to complete. The level that produced the low today is defined by the 50% retracement and 200 day average and a good place to expect a bounce. 13630/60 is short term resistance. 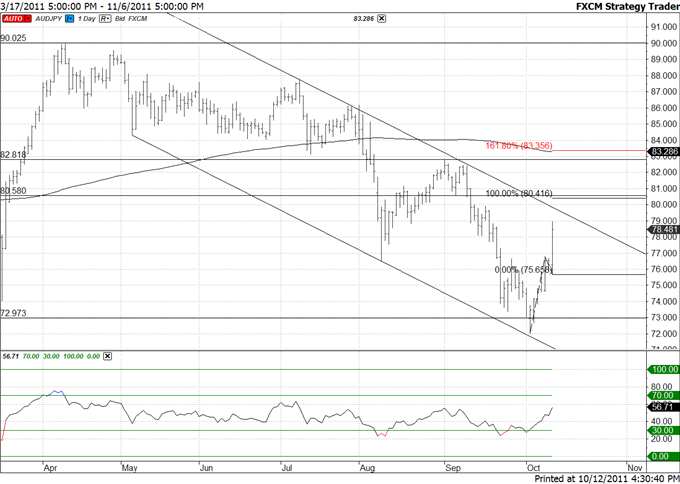 The AUDJPY has rallied 700 pips since putting in a low last Tuesday. It seems as though the rally is divided by the decline from 7679 to 7565. As such, I am treating this as a B wave in a sharp 3 wave rally from the low. Since corrective moves tend to sport equal legs, expect continued strength towards the 100% extension at 8042 (which intersects with a former low). Supports are 7815 and 7740/75. 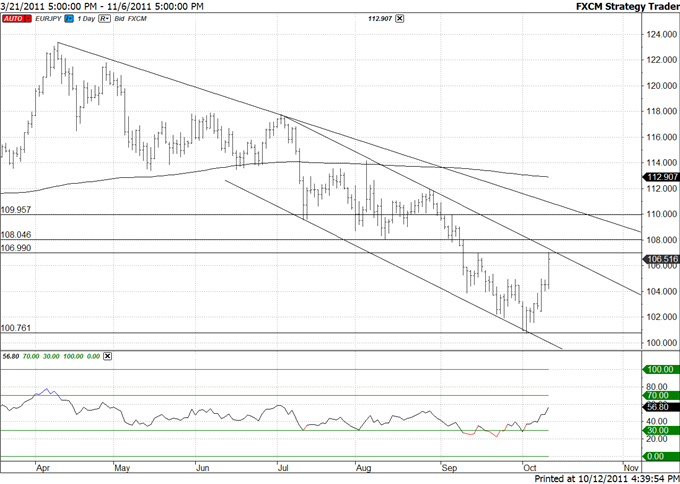 The EURJPY has soared from its low to reach the 9/15 high at 10700 and trendline that extends from the July and August highs. The rally from the low is unfolding impulsively with today’s high composing a 3rd of a 3rd wave high. The implications are for a series of 4th and 5th waves into 10800. This means that the EURJPY is expected to continue higher but in more of a stair stepping fashion. 10625 and 10555/80 are supports. 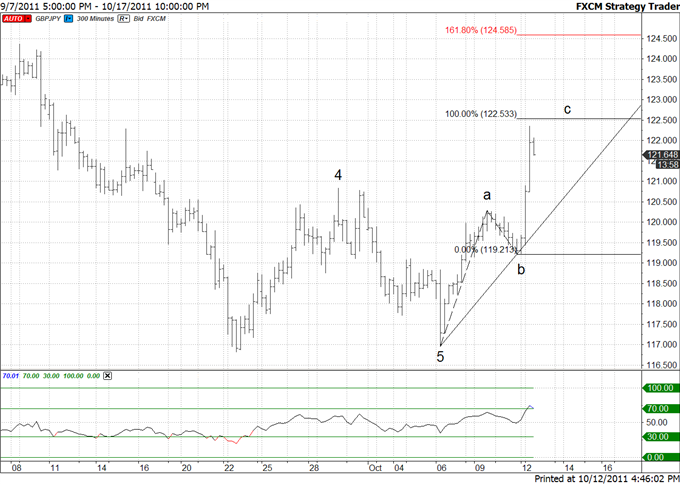 The GBPJPY is in the same situation as the AUDJPY in that the rally appears to be unfolding in 3 waves (an extension into 5 is possible of course but I am leaning towards the bear side as per the recent momentum extremes on the downside). The 2 legs from the low would be equal at 12253 and there is also potential resistance from the 8/10 low at 12330. 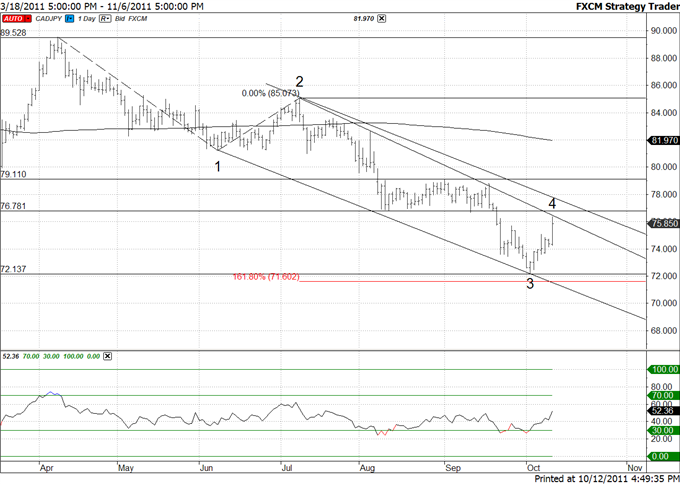 The CADJPY rally is also viewed as corrective. Specifically, strength is viewed as wave 4 within the 5 wave decline from the April high. Watch the Elliott channel for resistance, which intersects former support at 7680 next week. 7550 and 7510 are short term supports.