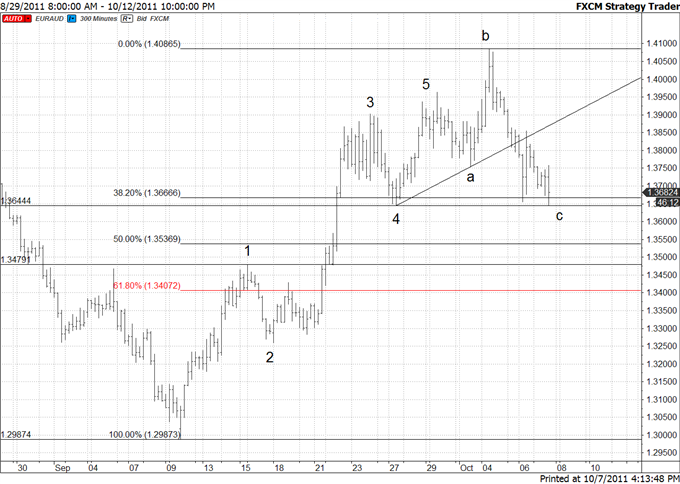 “The operative EURAUD wave count treats the advance from 12987 as a 5 wave advance and yesterday’s high as a wave B unorthodox top. The implications are for weakness over the next few weeks towards and probably below 13644 to complete a flat correction.” Price has reached 13644 so we should shift gears and start looking for a bottom, at least short term. The EURAUD is also a gauge of risk so it is noteworthy that price is testing 13644 and perhaps completing a correction (or part of a larger complex correction). Extended weakness would shift focus lower to 13479. 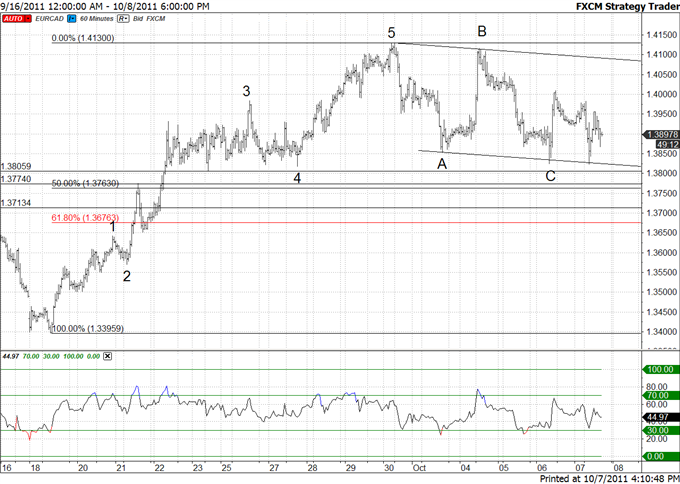 “Short term EURCAD wave structure ‘fits’ with that of the EURAUD. That is, the advance from the September low is an impulse (5 waves) and waves A and B of a correction have unfolded since the top. Additional weakness in wave C is expected to complete the correction from 14130. The minimum objective is below 13853 and levels that may produce the low are 13760-13800 (50% retracement and former 4th wave).” The EURCAD has traded lower to test 13853 and a low may be forming as price continues to bounce from its corrective channel and former 4th wave support. 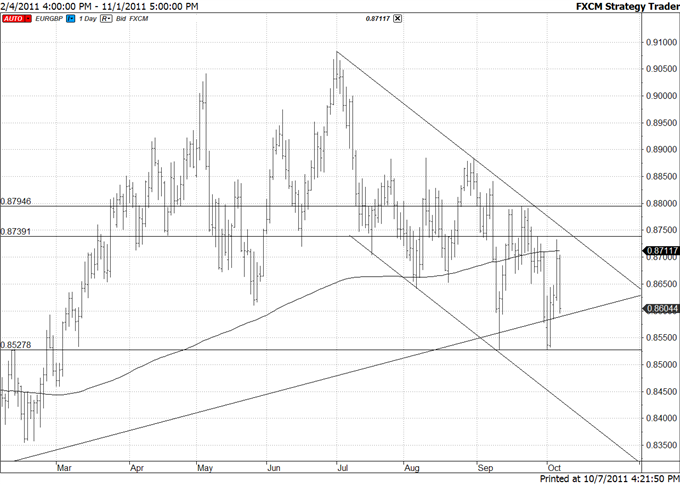 “The EURGBP bounced from its low September low this week, which keeps the range, primarily 8530-8800, intact. The bearish channel can be used as a point of reference to structure trades with a stop above 8884 (look to short into channel resistance).” Price rallied into the 200 day (and 20 day) average yesterday and reversed just shy of its channel. A downside resolution is favored as long as price is below the July-September trendline. 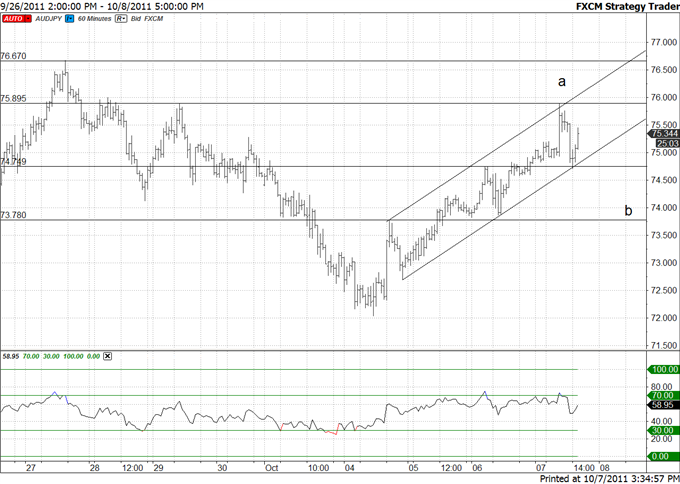 I wrote Wednesday that “interim resistance comes in at 7415 and 7550 but a run at the late September pivot of 7667 cannot be ruled out given the importance of the support that price has bounced from.” The AUDJPY has already made it to 7590, which is a former pivot high. The rally channels impulsively and a short term top may be in place. Look lower towards 7420 and 7380 next week. 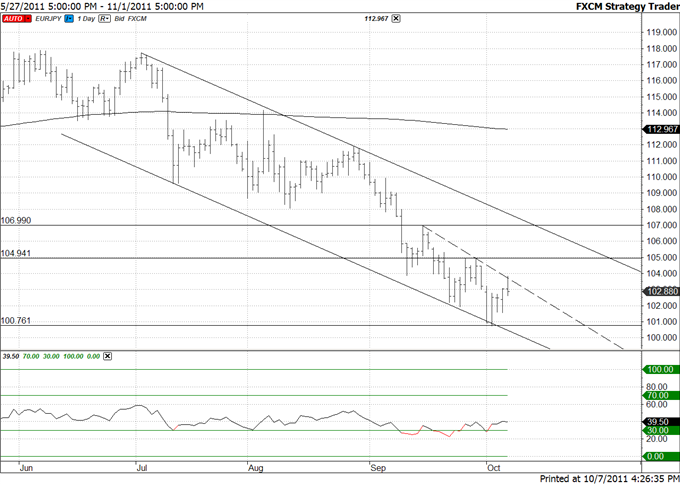 The EURJPY bounce from the low has encountered and reversed at the trendline that extends off of the 9/15 and 9/29 highs. Respect the downside from the current level as the rally from the low is in just 3 waves at this point and consists of 2 equal waves. A move above 10494 would break the series of lower highs and suggest that a more important low is indeed in place. 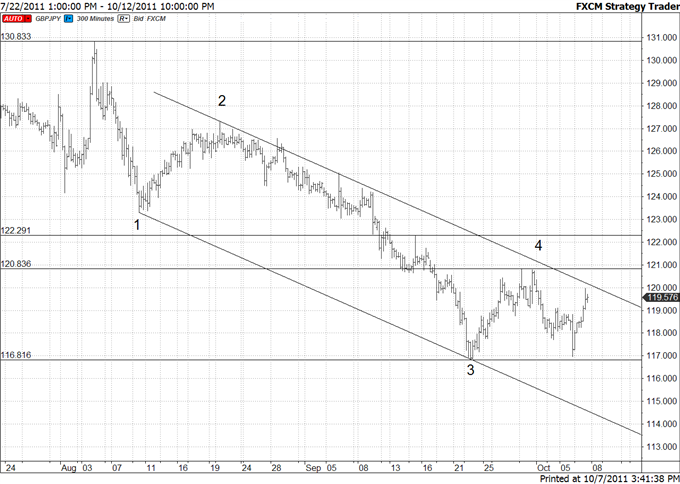 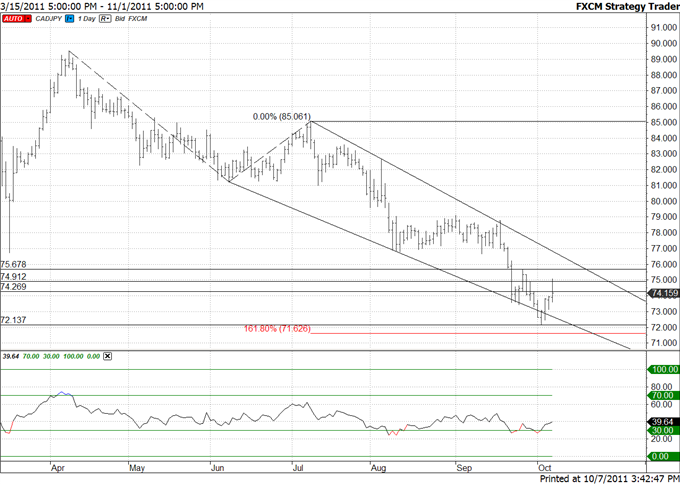 The CADJPY reversed at the trendline that extends off of the June, August, and September lows this week and the bounce has reached resistance (and turned lower) from the 9/29 high at 7490. Allow for a dip to 7310/40 before another bull leg towards the resistance line and 7568.