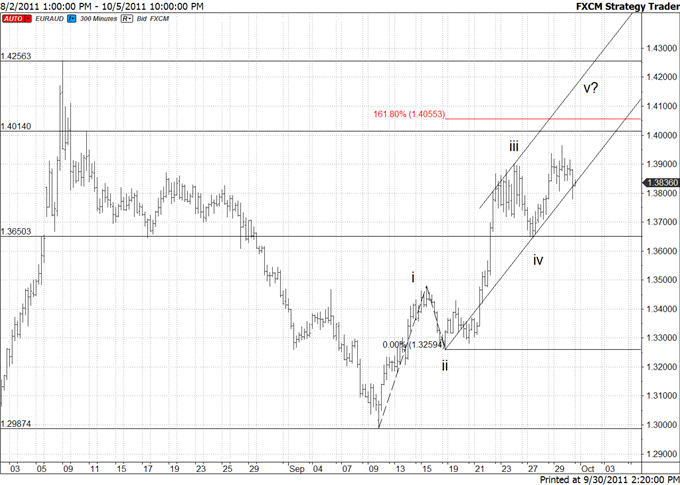 I wrote Wednesday that “a 5th wave rally appears to be underway now. Objectives are the former pivot at 14014 and a Fibonacci extension at 14055.” Continue to look higher as long as price is above its Elliott channel and specifically 13779. Weakness below there would suggest that a larger correction is underway towards 13650. 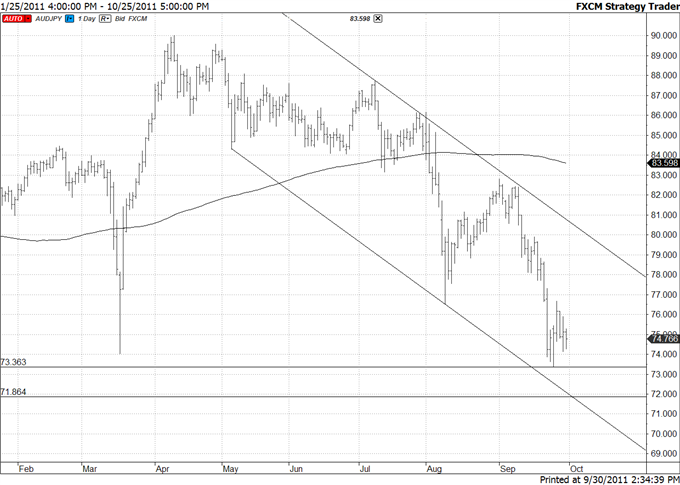 The AUDJPY break last week resulted in price dropping below the March low before price recovered to test former support from the August low. The downside remains favored towards the bottom of the channel and the May 2010 low at 7186. A test of this level may offer an opportunity to get long for a sharp recovery. 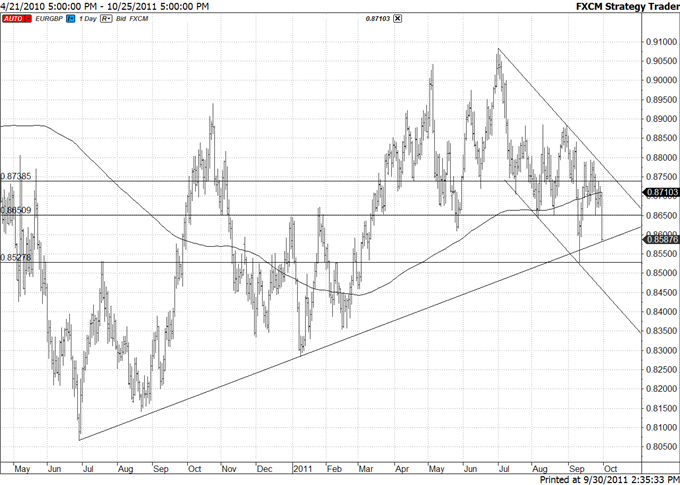 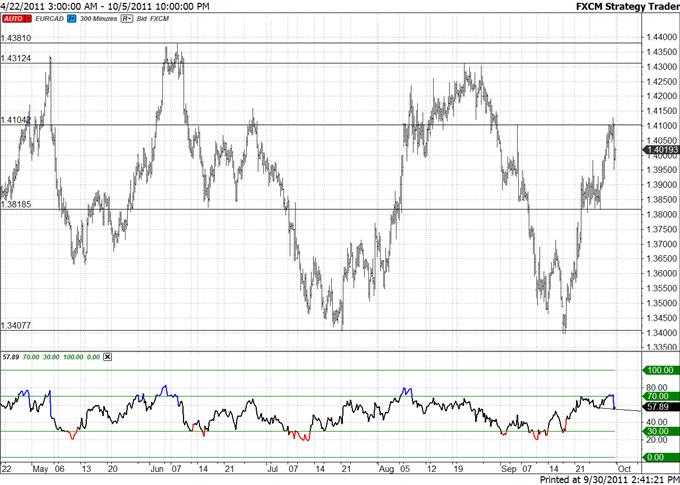 The EURCAD drop below 13406 seems to have completed a 3 wave correction from the June high (flat). I wrote Wednesday that “price has roared higher and focus is now on the early month pivot at 14104. Any setback is a longer term bullish opportunity against the 13400 low.” The 14104 level has been reached and the EURCAD has pulled back a bit, thus presenting an opportunity against 13818 (as per the RSI positive reversal on the 300 minute chart). An extended advance could reach the recent highs at 14312 and 14381. 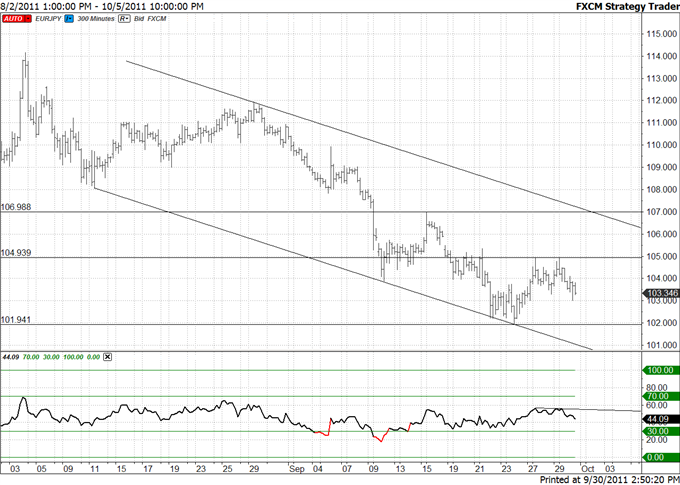 Having broken the 2010 lows, focus is on the trendline that extends off of the 2009 and 2010 lows. The line is below 10100. Favor the downside as long as price is below 10494. Exceeding that level would shift focus to the recent 10700 pivot. Watch the Elliott channel resistance as well. 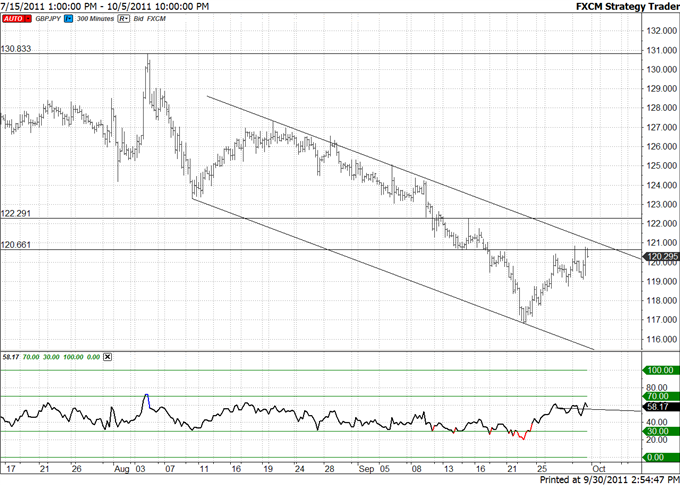 The GBPJPY is closing in on its Elliott channel (line parallel to waves 1 and 3 extended from wave 2) resistance now. The level is bolstered by former support at 12066. This is a good place for the top to form and for price to roll over and head lower in a 5th wave (within the 5 wave drop from 13083). 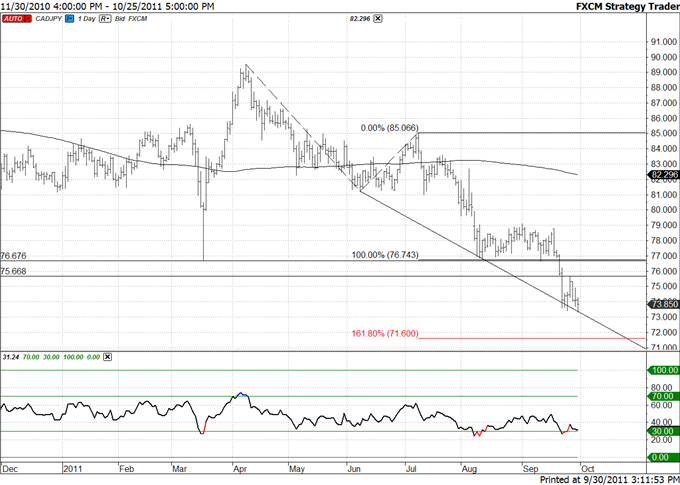 The CADJPY is at support from the downward sloping trendline, which is reinforced by the 100% extension of the decline from the 2010 high. Still, favor the downside into the 161.8% extension at 7160 until price can form a series of higher lows over several days.