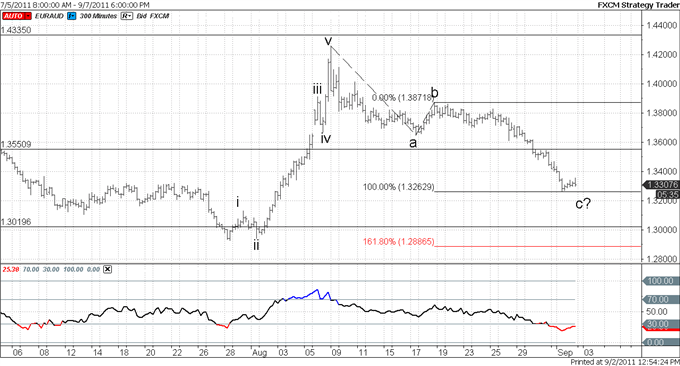 I wrote Wednesday that I was looking for “a final decline to complete the bear leg. 13263-13318 remains support. This tells us a lot about the trend in risk as well. A bottoming in EURAUD more than likely would coincide with a top in the AUDUSD and equities.” The EURAUD has reached 13263 but short term structure does not look complete. Small waves 4 and 5 are expected to unfold. Expect a bounce into 13400 in wave 4 of c before one final low gives way to a reversal. 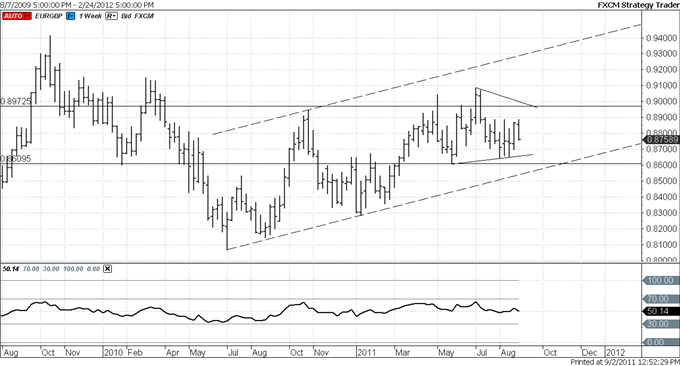 Despite recent weakness, I maintain that a triangle is unfolding. “The EURGBP has traded sideways since the May high and a triangle may be forming. 3 waves can be counted thus far (down from the May high, up from the May low, and down from the July high). The current rally would compose wave D of the triangle and resistance is expected near the 6/10 high of 8975. If a triangle is unfolding, then expect consolidation for at least a month more before a break above 9082 (terminal thrust).” 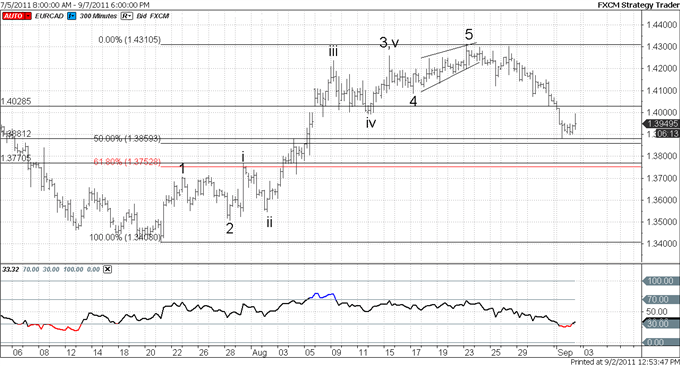 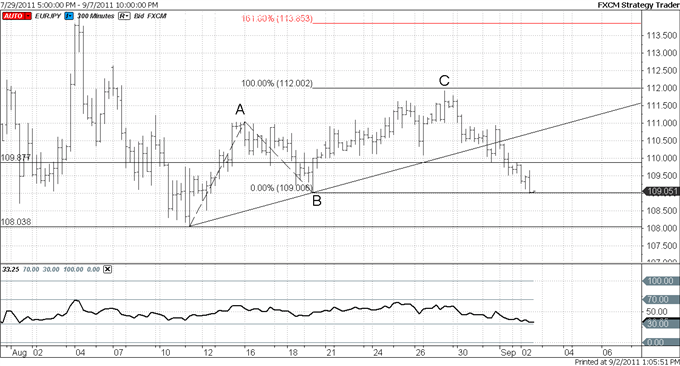 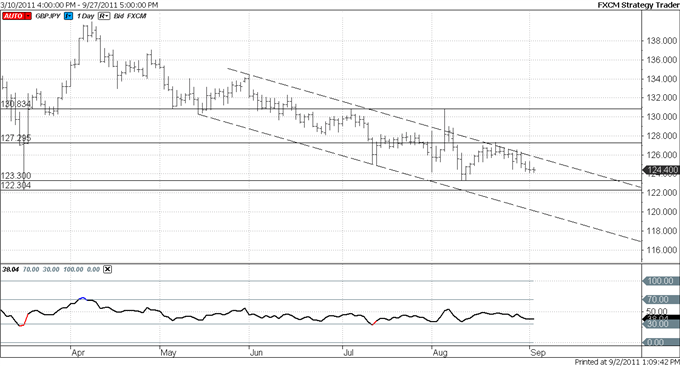 The GBPJPY remains confined to a channel (which was broken after intervention earlier in the month but it seems to still hold weight). As long as the channel holds, favor the downside. Additional weakness exposes the March low at 12218 and then the 2009 low at 11880. 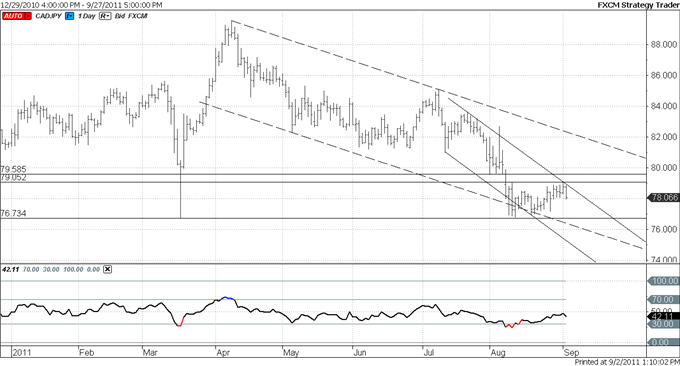 “I view strength as corrective therefore a pop above 7846 or even a test of 7960 would be considered a short candidate.” The CADJPY reversed right at its channel resistance yesterday, which bodes well for bears. The rally from the low is left as a shallow 3 wave correction - favor the downside and a drop below 7673. 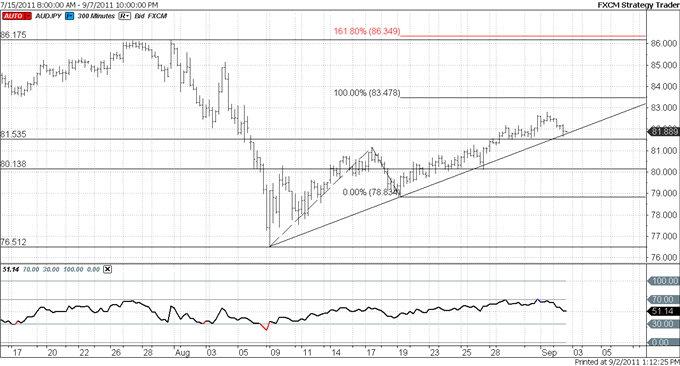 The AUDJPY rally from the low is viewed as corrective and should be retraced. The minimum bearish objective is below 7652 but the March low is at risk in the event of another panic drop. If that level (7405) gives, then the May 2010 low comes into play at 7185. Currently testing its short term support line, one more high cannot be ruled out. 8348, the 100% extension of the rally from 7651, is an area that may produce a top.

Jamie Saettele publishes Daily Technicals every weekday morning, COT analysis (published Monday), technical analysis of currency crosseson Wednesday and Friday (Euro and Yen crosses), and intraday trading strategy as market action dictates at the DailyFX Forex Stream. A graduate of Bucknell University, he holds the Chartered Market Technician (CMT) designation from the Market Technician Association. He is the author of Sentiment in the Forex Market. Send requests to receive his reports via email to jsaettele@dailyfx.com.