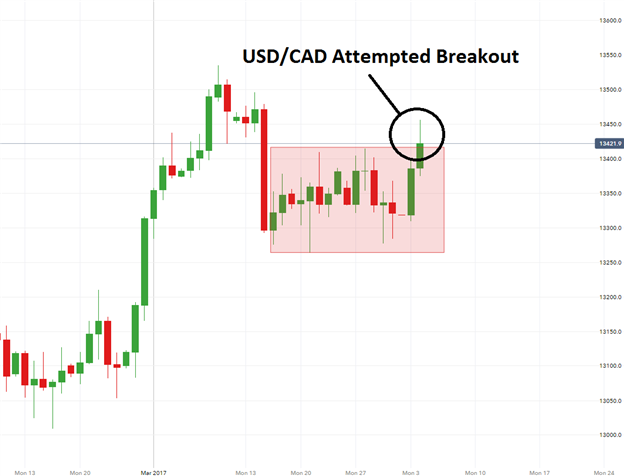 Technically today’s move should be seen as significant. If the USD/CAD fails to close to a new high, it suggests that the pair may retrace towards values of previous support near 1.3300. However if the USD/CAD again begins to rally, traders may look for the pair to next challenge the standing March 2017 high at 1.3535.

Intraday market analysis has the USD/CAD being firmly rejected against today’s R2 pivot found at 1.3455. Now the pair is trading back at the displayed R1 pivot near 1.3420. In the event that the USD/CAD begins a late day rally, traders should look for prices to surpass both of these values of resistance. A move of this nature would add credence to the previously described daily breakout, and open the pair up to challenge the last point of intraday resistance at the R3 pivot found at 1.3511.

Alternatively, further declines in price may open the pair up to decline below the central pivot at 1.3365. A late day move to this point should be seen as significant, as the USD/CAD would be trading to new daily lows. Key intraday values of support include both the S1 and S2 pivots, found at 1.3330 and 1.3274 respectfully. Both of these values are found inside of the pairs previously mentioned daily trading range, and a move to either pivot point may suggest that the pair is set to consolidate further. 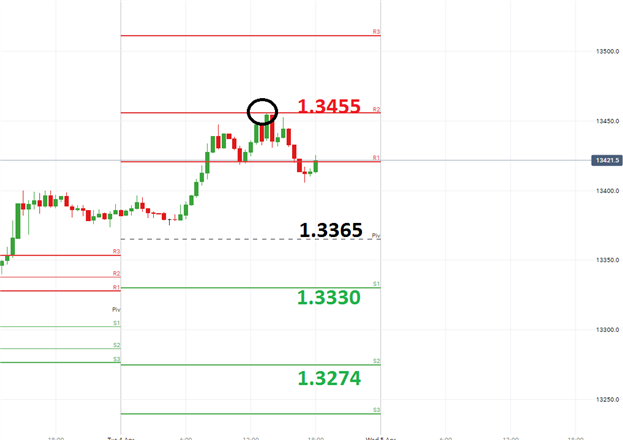