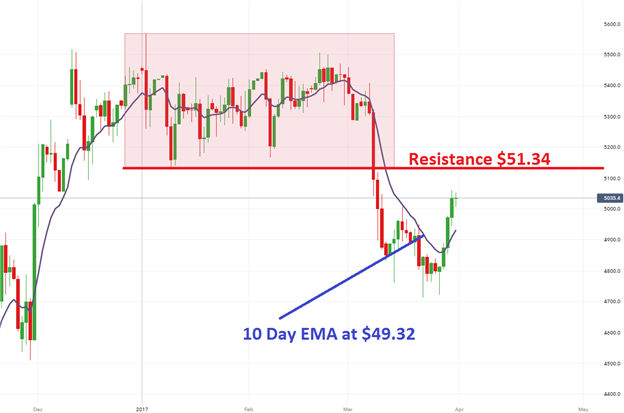 Crude oil prices are rebounding this week, after breaking out to new 2017 lows earlier in the month. Technically,previous daily support for crude oil was found at $51.34. Now with the commodity retracing, this value is now acting as a key value of daily resistance. If prices fail to breakout above $51.34, traders may look for crude to turn back lower, and dip back below the 10 day EMA (exponential moving average) found at $49.32. In the event that prices remain supported here, a technical breakout would suggest that the commodity is then prepared to again challenge the standing 2017 high at $55.67.

Intraday analysis has crude oil trading just above today’s central pivot found at $50.13. If prices continue to rally, the next points of intraday resistance include the R1 and R2 pivots found at $50.82 and $51.31. Traders should continue to monitor today’s R2 pivot for a breakout. In this bullish scenario, it would open up the possibility that crude oil would also break above the previously mentioned daily value of resistance at $51.34.

In the event of a bearish turn, traders may look for prices to find support near $49.65. A breakout below this point should be seen as significant as it would place crude oil in a position to then test the 10 day EMA at $49.32. In this bearish scenario, traders may look for the next key value of intraday support at the S2 pivot which is found at $48.95. 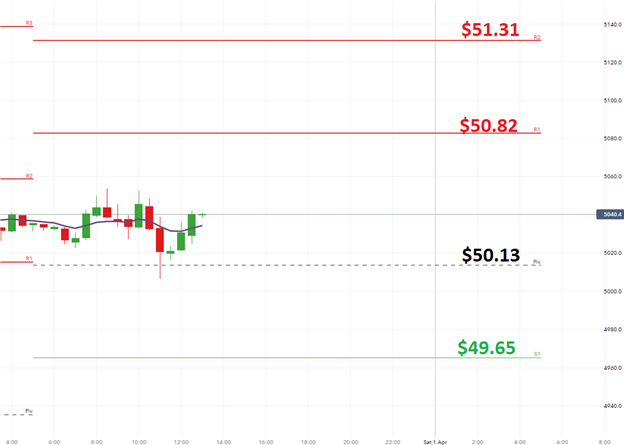 Sentiment analysis for crude oil prices (Ticker: US Crude), shows the majority of traders positioned net long. The current SSI ratio seen below stands at +1.83. With 64.7% of traders positioned long, this typically suggests that crude oil prices may be positioned to again decline. In the even that a bearish breakout occurs, traders may look for SSI figures to shift towards new positive extremes of +2.0 or greater next week. Alternatively in the even that crude oil pushes higher, it would be expected to see sentiment ratios shift back towards a more natural value and the potentially shift to a negative reading. 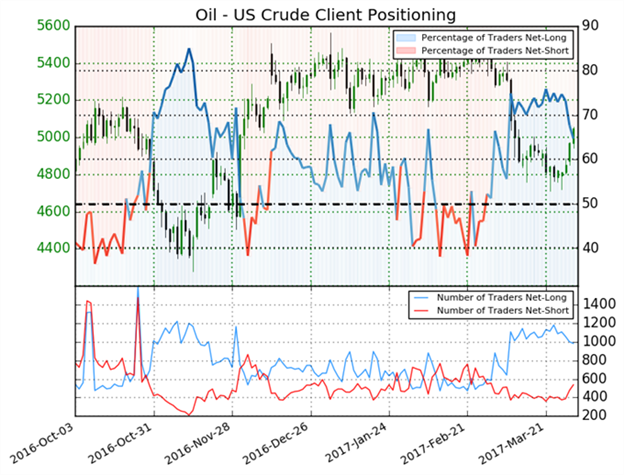