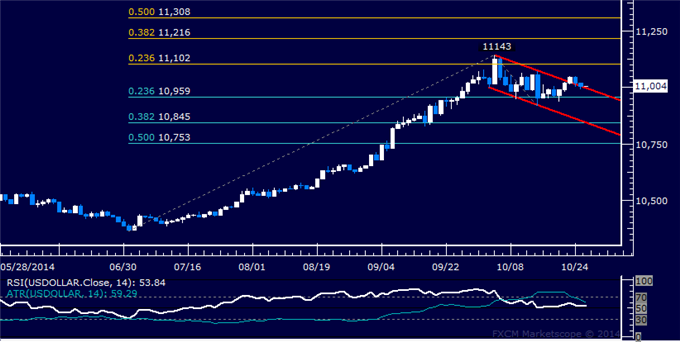 US DOLLAR TECHNICAL ANALYSIS – Prices corrected lower after last week’s breakout seemingly marking the resumption of the longer-term uptrend. Near-term resistance is in the 11102-43 area marked by the 23.6% Fibonacci expansion and the October 3 high, with a break above that on a daily closing basis exposing the 38.2% level at 11216. Alternatively, a reversal back below channel top channel top resistance-turned-support at 10996 opens the door for a challenge of the 10918-59 area (23.6% Fib retracement, October 15 low). 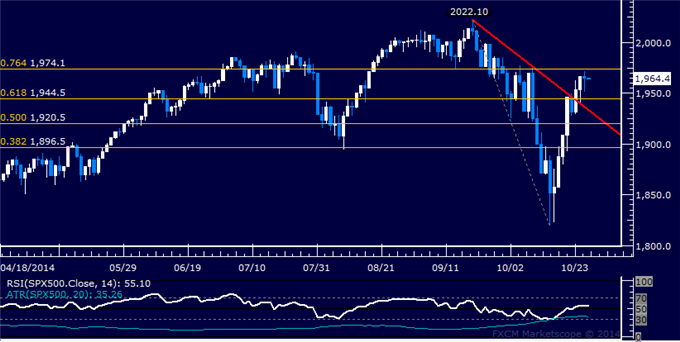 GOLD TECHNICAL ANALYSIS – Prices turned lower as expected after putting in a bearish Evening Star candlestick pattern. Sellers now aim to challenge the 23.6% Fibonacci expansion at 1216.87, with a break below that on a daily closing basis exposing the 38.2% level at 1193.16. Alternatively, a reversal back above the 14.6% Fib at 1231.49 aims for the 1249.96-55.20 area marked by a falling trend line set from mid-July and the October 21 high. 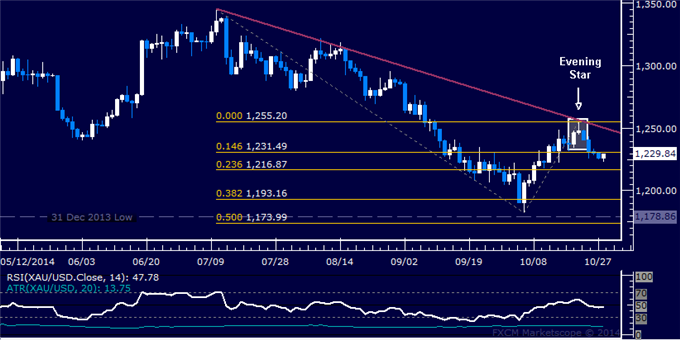 CRUDE OIL TECHNICAL ANALYSIS – Prices put in a Bullish Engulfing candlestick pattern, hinting a bounce may be ahead. A break above 87.67, the intersection of the 14.6% Fibonacci retracement and channel floor support-turned-resistance, exposes the 23.6% level at 90.62. Near-term support is at 82.88, the October 15 low. 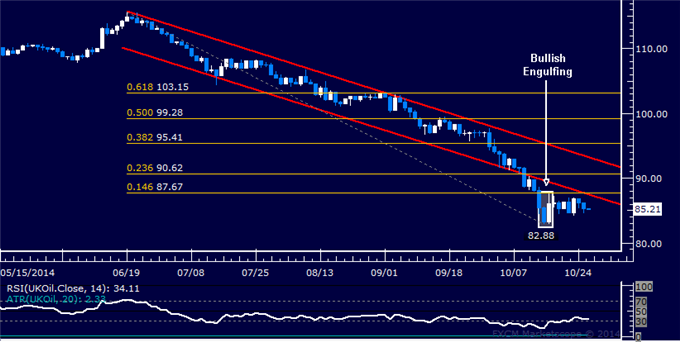