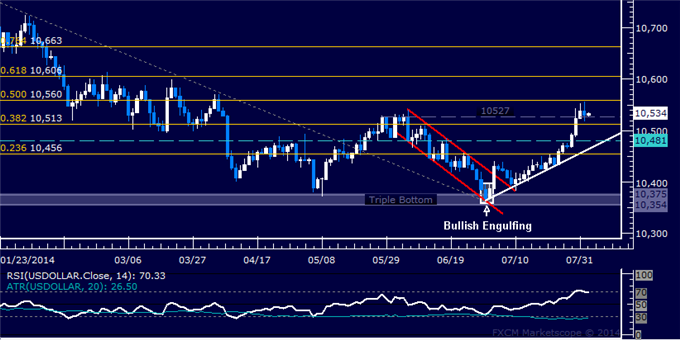 US DOLLAR TECHNICAL ANALYSIS – Prices are consolidating gains after turning higher as expected having put in a Bullish Engulfing candle pattern. A daily close above resistance at 10560, the 50% Fibonacci retracement, exposes the 61.8% level at 10606. Alternatively, a turn back below resistance-turned-support marked by the May 28 high at 10531 clears a path for a challenge of the 38.2% Fib at 10513.

S&P 500 TECHNICAL ANALYSIS – Prices turned lower as expected after putting in a bearish Evening Star candlestick pattern bolstered by negative RSI divergence. Sellers are testing the 38.2% Fibonacci retracement at 1921.80, with a break below that on a daily closing basis exposing the 50% level at 1900.30. Alternatively, a reversal above the 23.6% Fib at 1948.40 clears the way for a challenge of the 14.6% retracement at 1964.80. 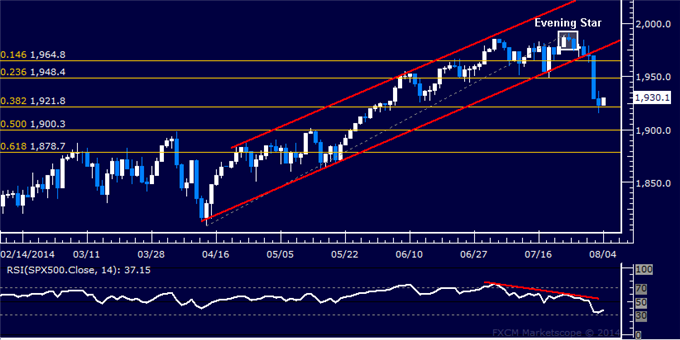 GOLD TECHNICAL ANALYSIS – Prices put in a bullish Piercing Line candlestick pattern, hinting a move higher may be ahead. Initial resistance is at 1295.37, the 14.6% Fibonacci expansion. A break above that on a daily closing basis exposes the 23.6% level at 1304.81. Near-term support is at 1278.65, marked by the intersection of a horizontal pivot in play since early April and a falling trend line connecting major lows from late June. 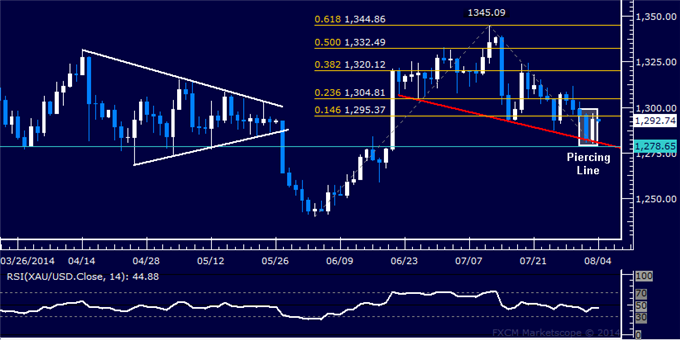 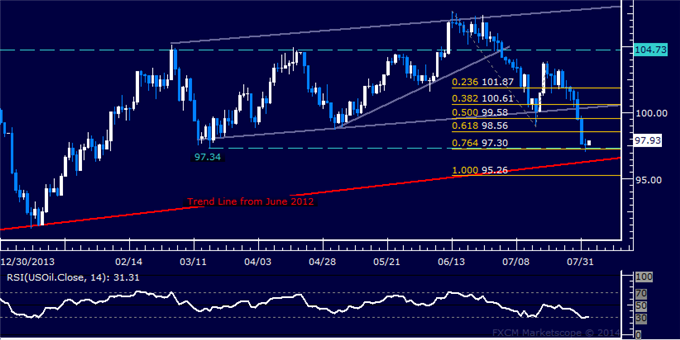