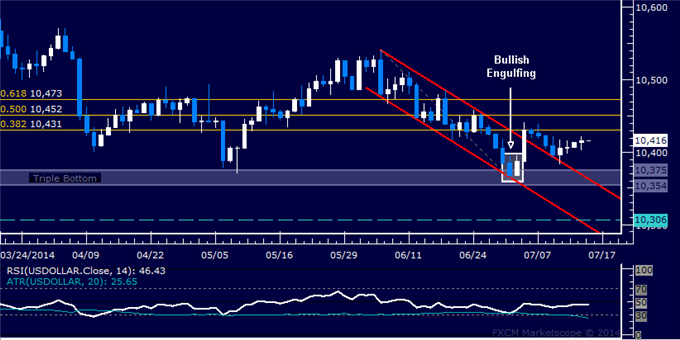 US DOLLAR TECHNICAL ANALYSIS – Prices are attempting to build higher as expected after putting in a Bullish Engulfing candle pattern at support set from October 2013. The bulls are trying to reclaim momentum following a corrective pullback to resistance-turned-support marked by the top of a falling channel set from early June. Near-term resistance is at 10431, the 38.2% Fibonacci retracement, with a break above that on a daily closing basis exposing the 50% level at 10452. Alternatively, a move below triple bottom support in the 10354-75 area targets a multi-year horizontal pivot in play since August 2010 at 10306.

S&P 500 TECHNICAL ANALYSIS – Prices are edging lower as expected after putting in a bearish Evening Star candlestick pattern at the top of a rising channel set from mid-April. A break below the 14.6% Fibonacci retracement at 1960.10 on a daily closing basis exposes 1944.20-46.80 area, marked by the channel floor and the 23.6% level. Near-term resistance is at 1985.90, the July 3 high, followed by the underside of a previously broken trend line at 1993.00. 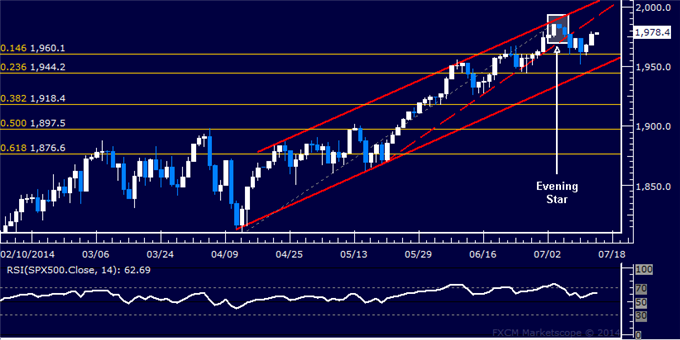 GOLD TECHNICAL ANALYSIS – Prices turned lower anew as expected. Sellers are testing support at 1305.03, the 38.2% Fibonacci retracement, with a break below that on a daily closing basis exposing the 50% level at 1292.66. Alternatively, a reversal above the 23.6% Fib at 1320.34 targets rising trend line support-turned-resistance at 1327.40. 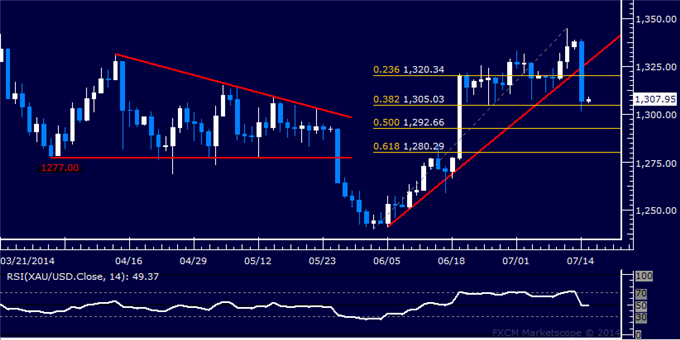 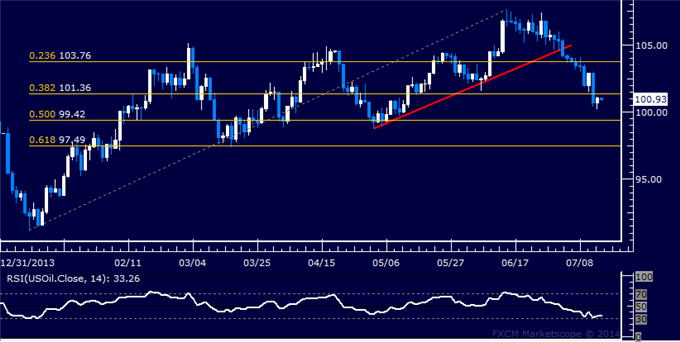