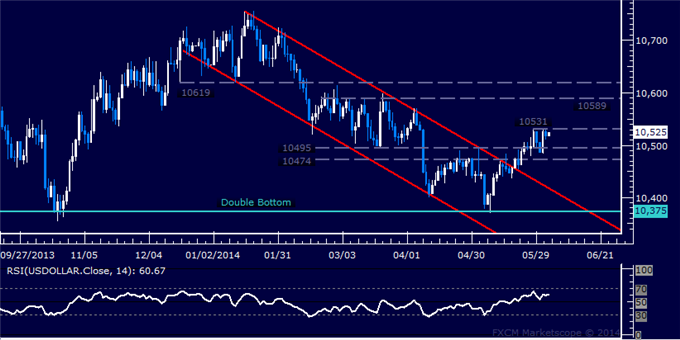 US DOLLAR TECHNICAL ANALYSIS – Prices areattempting to build higher anew after bouncing from support in the 10474-95 area. Near-term resistance is at 10531, the May 28 high. A breach above that on a daily closing basis clears the way for a challenge of the 10589-619 region. Alternatively, a reversal back below 10474 targets falling channel top resistance-turned-support set from January, now at 10417. 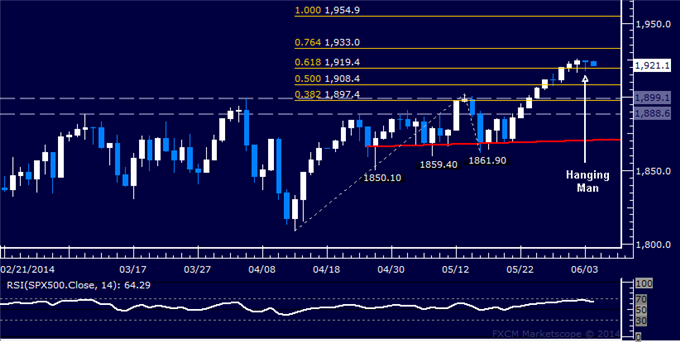 GOLD TECHNICAL ANALYSIS – Prices turned lower as expected, confirming a descending Triangle chart formation. Sellers are testing support at 1243.24, the 76.4% Fibonacci expansion. A break below this boundary exposes the 100% level at 1216.11. Resistance is at 1260.03, the 61.8% Fib, with a reversal back above that clearing the way for an advance into the 1273.59-77.00 area marked by the 50% retracement and the Triangle bottom. 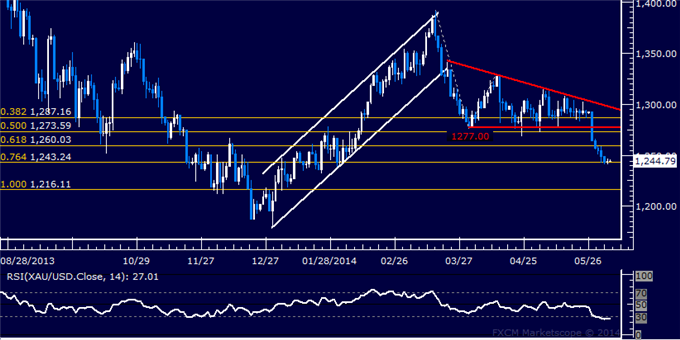 CRUDE OIL TECHNICAL ANALYSIS – Prices broke support at a rising trend line support set from the May 1 low to challenge the 38.2% Fibonacci expansion at 102.11. A break below this barrier on a daily closing basis exposes the 50% level at 101.38. Alternatively, a reversal back above the trend line (now recast as resistance at 103.14) targets a downward-sloping barrier connecting major swing highs since early March, currency at 104.29. 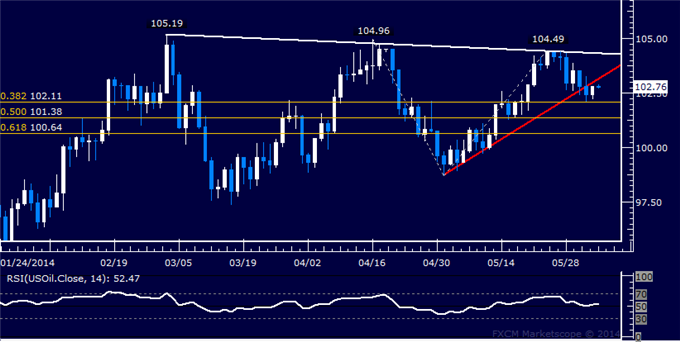