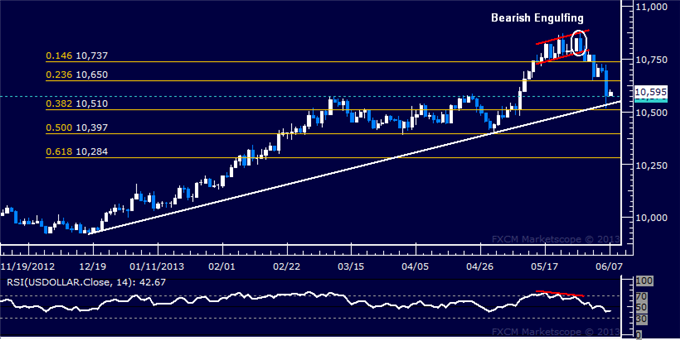 THE TAKEAWAY: Continued US Dollar selling has brought prices to challenge the outer boundary of the rising trend that has guided the greenback higher since December 2012.

US DOLLAR TECHNICAL ANALYSIS– Prices moved lower as expected after putting in a Bearish Engulfing candlestick pattern. Sellers are now testing support in the 10510-576 area, marked by the 38.2% Fibonacci retracement, the March 8 high, and a rising trend line set from mid-December 2012. A break below this initially exposes the 50% level at 10397. Near-term resistance is at 10650, the 23.6% Fib. 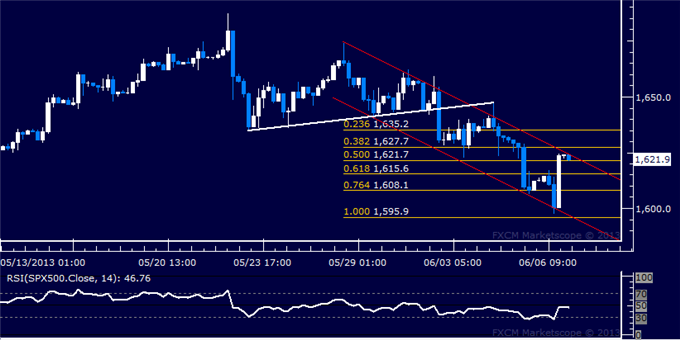 GOLD TECHNICAL ANALYSIS – Prices put in a Bearish Engulfing candlestick pattern, hinting a turn lower may be ahead. Overall positioning looks to be taking the shape of a Flag chart formation, which likewise argues for bearish continuation. A break below the setup’s lower boundary (1398.67) initially exposes the 23.6% Fibonacci expansion at 1386.51. Alternatively, a move above the Engulfing high (1421.90) exposes the Flag top at 1437.83. 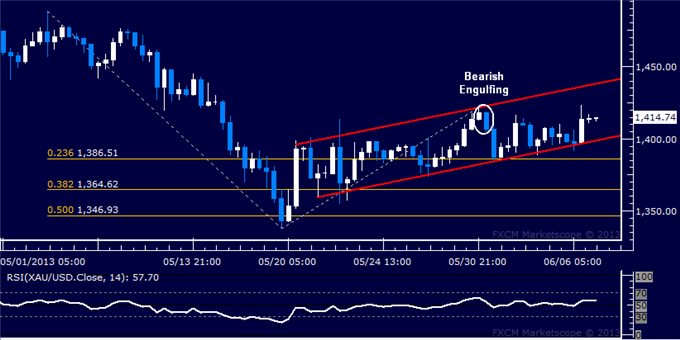 CRUDE OIL TECHNICAL ANALYSIS– Prices broke above near-term trend line resistance set from the May 20 swing high after completing a bullish Piercing Line candlestick pattern, exposing the 38.2% Fibonacci expansion at 95.71. A break above that targets the area marked by the 50% level and a falling trend line established from mid-September 2012. Near-term support is at 94.00, the 23.6% level, with a move beneath that eyeing the June 3 low at 91.23. 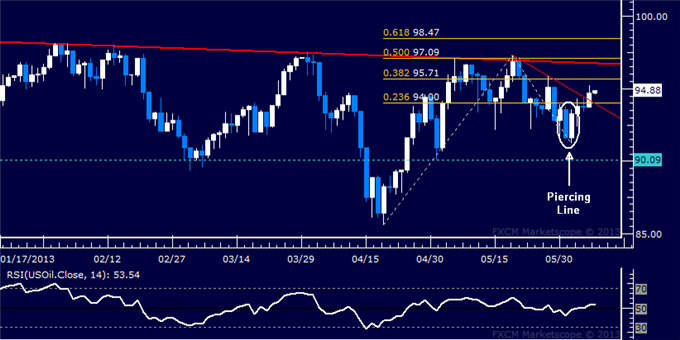