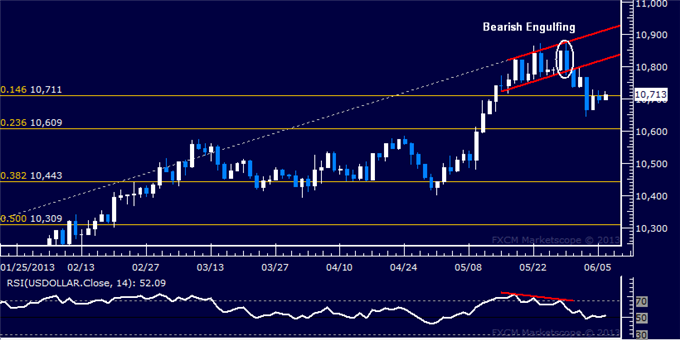 US Dollar Finds No Support as S&P 500 Plunges

THE TAKEAWAY: The US Dollar failed to find fuel for a meaningful advance despite a sharp decline in the S&P 500 that may have been expected to help the safe-haven greenback.

US DOLLAR TECHNICAL ANALYSIS– Prices moved lower as expected, taking out the 14.6% Fibonacci retracement level at 10711 and exposing the 23.6% Fib at 10609. A further push beneath that eyes the 38.2% level at 10443. The 10711 mark has been recast as near-term resistance, with a break back above that eyeing the underside of a recently broken rising channel at 10823. 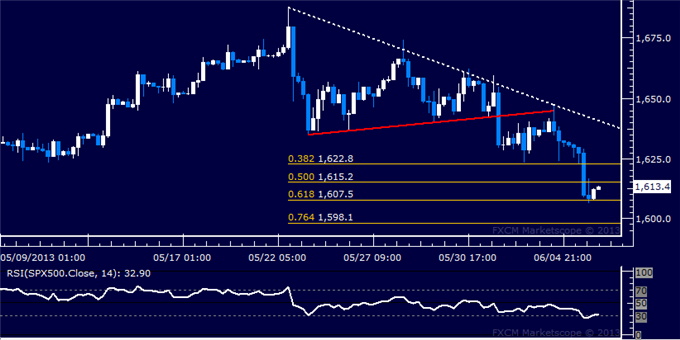 GOLD TECHNICAL ANALYSIS – Prices put in a Bearish Engulfing candlestick pattern, hinting a turn lower may be ahead. Overall positioning looks to be taking the shape of a Pennant chart formation, which likewise argues for bearish continuation. A break below the setup’s lower boundary (1398.91) initially exposes the 23.6% Fibonacci expansion at 1386.51. Alternatively, a move above near-term trend line resistance at 1409.72 targets the Pennant top at 1427.98. 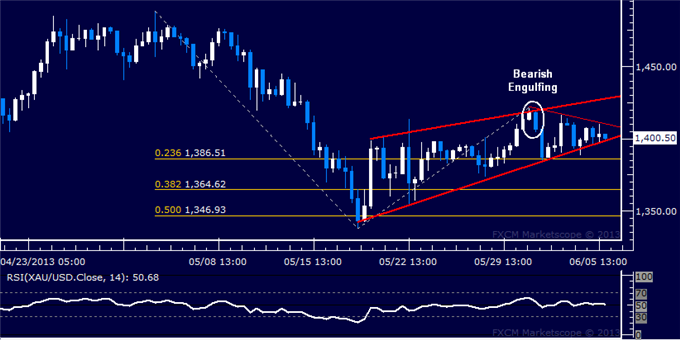 CRUDE OIL TECHNICAL ANALYSIS– Prices declined as expected after putting in a bearish Dark Cloud Cover candlestick pattern. A bounce from falling channel support targets the formation’s top at 94.48, with a break above that aiming for a falling trend line set from September 2012, now at 96.75. Channel support is at 90.58.