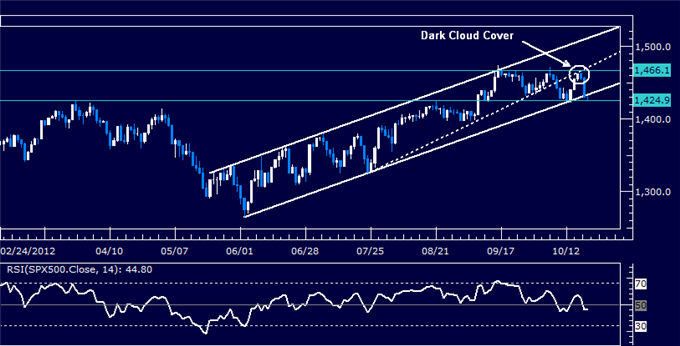 THE TAKEAWAY: The US Dollar is looking for follow-though from risk trends to continue higher as the S&P 500 descends to a trend-defining support barrier.

S&P 500 – Prices pushed lower as expected after putting in a bearish Dark Cloud Cover candlestick pattern below resistance at 1466.10. Sellers are now probing key support at 1424.90, marked by the March 27 swing high and reinforced by the bottom of a rising channel set from early June. A break below this level initially exposes the 1400 figure. Resistance remains at 1466.10.

CRUDE OIL – Prices continue to consolidate above support at 87.66, the 38.2% Fibonacci expansion. Positioning still leaves the door open for the formation of an inverse Head and Shoulders bottom, with confirmation on a daily close above the setup’s would-be neckline (92.18) implying a measured upside target at 97.64. Alternatively, a drop through support exposes the 50% level at 83.76. 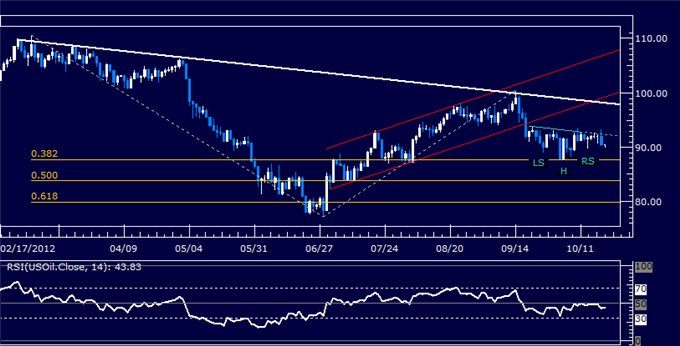 GOLD – Prices continue to push lower as expected following the formation of a bearish Dark Cloud Cover candlestick patter. Sellers have now taken out support in the 1732.33-35.65 area, marked by a horizontal pivot level and the 23.6% Fibonacci retracement, exposing the 38.2% level at 1693.06. Resistance is at 1742.10, a falling trend line set from the October 5 swing high. 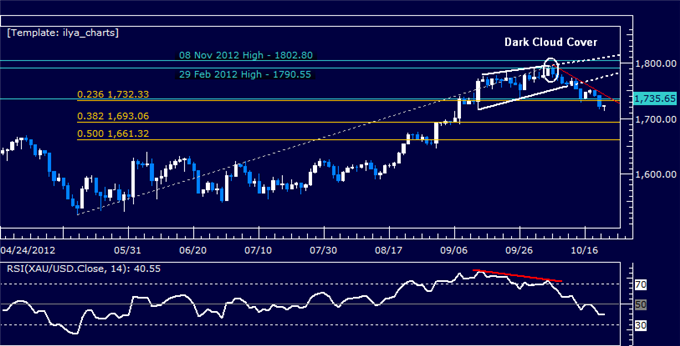 US DOLLAR – Prices rose to test resistance at the top of a falling channel defining the down trend since June (9917) after putting in a bullish Piercing Line candlestick pattern above support at 9835, the 23.6% Fibonacci expansion. A daily close above this barrier may prove to mark a significant bullish trend reversal, opening the door for a challenge of initial resistance at 9977. Alternatively, a drop below support exposes the 38.2% retracement at 9765. 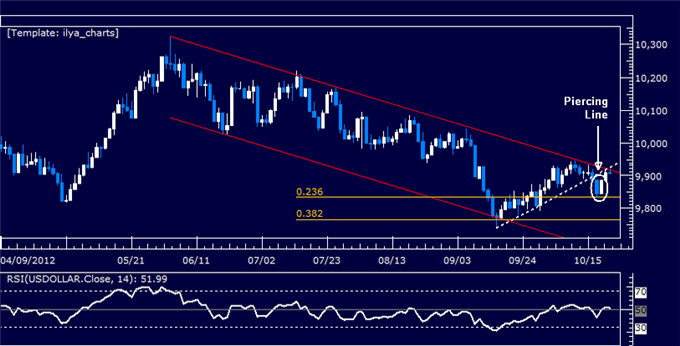