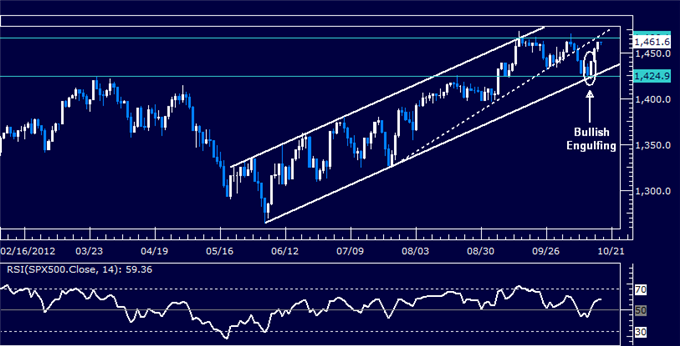 US Dollar Selling Accelerates as S&P 500 Continues to Recover

THE TAKEAWAY: The safe-haven US Dollar remains under heavy selling pressure as the S&P 500 continues to push higher toward resistance below the 1500 figure.

S&P 500 – Prices continue to push higher as expected after putting in a Bullish Engulfing candlestick pattern above trend-defining support at 1424.90, marked by the March 27 swing high and the bottom of a rising channel set from the June bottom. Initial resistance remains at 1466.10, defined by the underside of a previously broken rising trend line and the range top prevailing since mid-September. A break above that threatens to expose the 1500 figure. Alternatively, a drop below 1424.90 initially targets the 1400 level.

CRUDE OIL – Prices are testing resistance at the would-be neckline of an inverse Head and Shoulders bottom (92.34), with a break higher implying a measured upside target at 97.80. Support stands at 87.66, the 38.2% Fibonacci retracement. A drop below that targets the 50% level at 83.76. 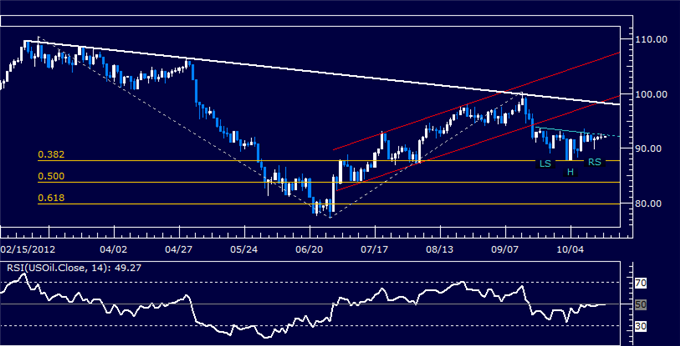 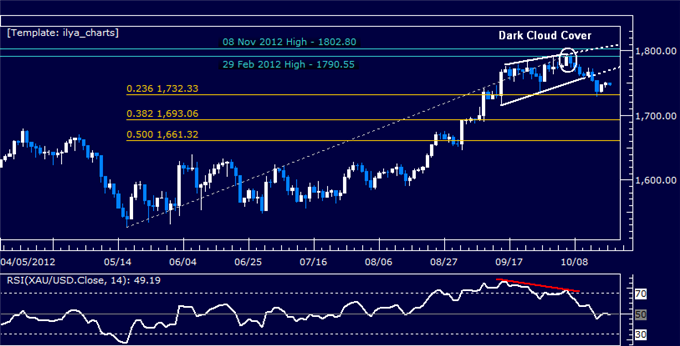 US DOLLAR – Prices turned lower after putting in a Harami candlestick pattern below resistance marked by the top of a falling channel set from the early June high. Sellers have now broken rising trend line support set from the September 14 low, to challenge the 23.6% Fibonacci expansion at 9835. A push below that exposes the 38.2% retracement at 9765. Resistance is now in the 9909-25 area. 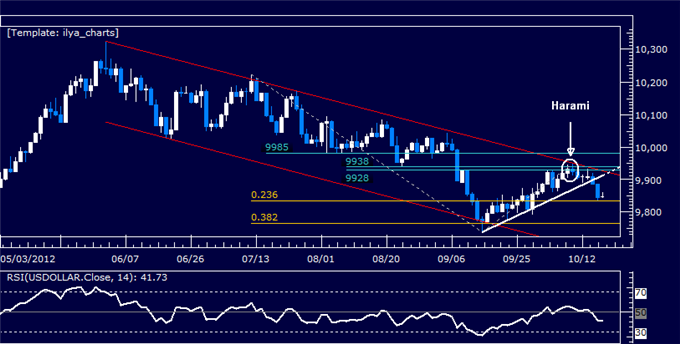