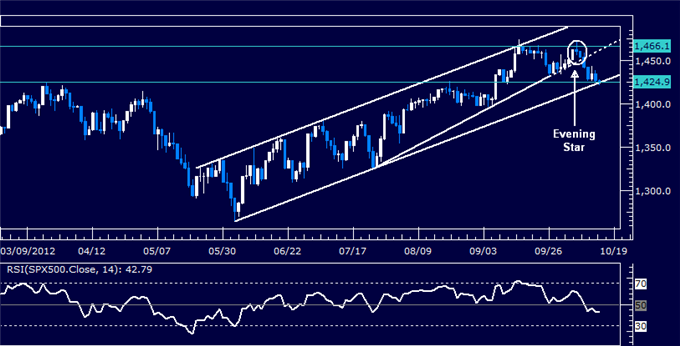 THE TAKEAWAY: The US Dollar is testing formative resistance while the S&P 500 is probing below critical support, hinting major trend reversals may be just around the corner.

S&P 500 – Prices are testing trend-defining support at 1424.90, marked by the March 27 swing high and the bottom of a rising channel set from the early June swing bottom. A break below this barrier is likely to mark a significant bearish reversal, initially exposing the 1400 figure. The first layer of significant resistance is in the 1461.10-66.10 area, defined by the underside of a previously broken rising trend line and the range top prevailing since mid-September.

CRUDE OIL – Prices are testing resistance at the would-be neckline of an inverse Head and Shoulders bottom (92.50), with a break higher implying a measured upside target at 97.96. Support stands at 87.66, the 38.2% Fibonacci retracement. A drop below that targets the 50% level at 83.76. 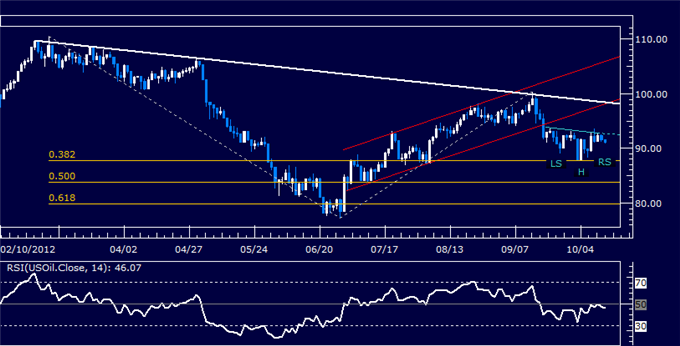 GOLD – Prices broke support at the bottom of a bearish Rising Wedge chart pattern after putting in a Dark Cloud Cover candlestick pattern at resistance in the 1790.55-1802.80 area. Negative RSI divergence reinforces the case for a downward reversal. Sellers are now testing below the 23.6% Fibonacci retracement at 1747.20, with a break below that targeting the 38.2% level at 1717.13. The Wedge bottom, now at 1764.25, has been recast as near-term resistance. 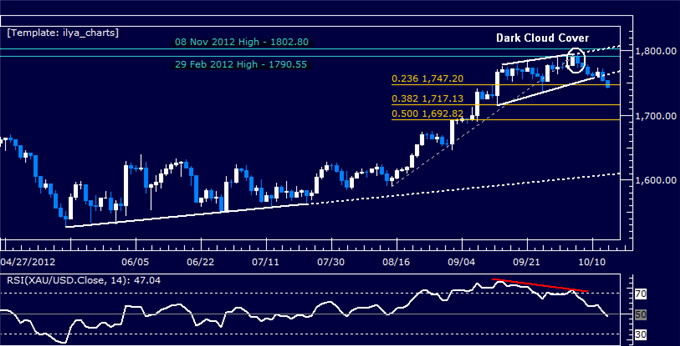 US DOLLAR – Prices are testing critical resistance in the 9928-38 area, marked by the late August swing bottom and the top of a falling channel set from the early June high. A break higher threatens to produce a significant upward trend reversal, initially exposing 9985. Rising trend line support is at 9890, with a break below that targeting 9823. 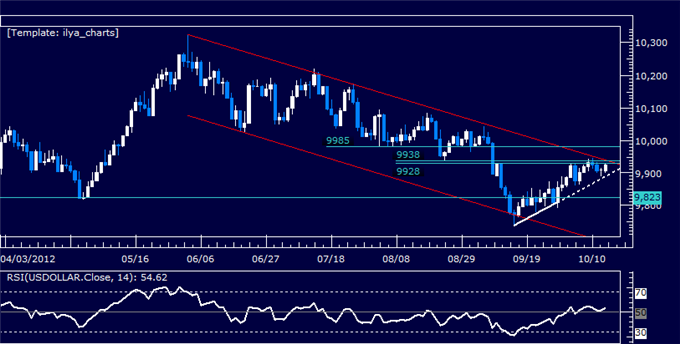