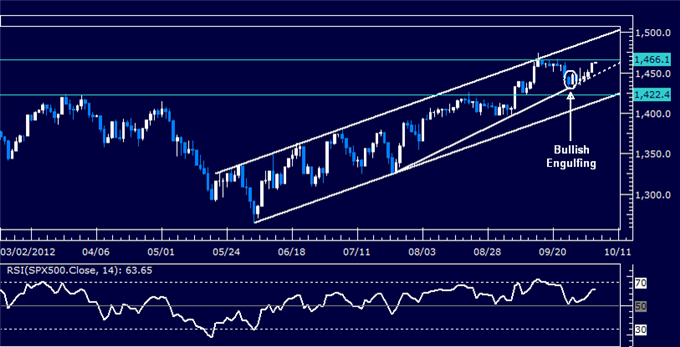 THE TAKEAWAY: The S&P 500 is accelerating upward while US Dollar technical positioning points to losses ahead for the go-to safe haven currency.

S&P 500 – Prices are accelerating higher after putting in a Bullish Engulfing candlestick pattern above support at a rising trend line set from late July. Initial resistance lines up at 1466.10, with a break above that targeting the top of a channel established from the June 4 low (now at 1492.20). Alternatively, a break below trend line support (now at 1447.50) exposes 1422.40.

CRUDE OIL – Prices reversed sharply higher having found support at 87.70, the 38.2% Fibonacci expansion. The bulls now aim to challenge the 23.6% level at 92.56. A push above that exposes the underside of a rising channel set from early July, now at 96.83. Alternatively, a reversal through support targets the 50% expansion at 83.76. 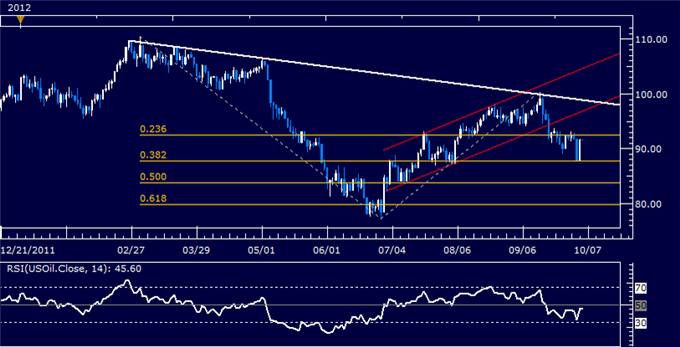 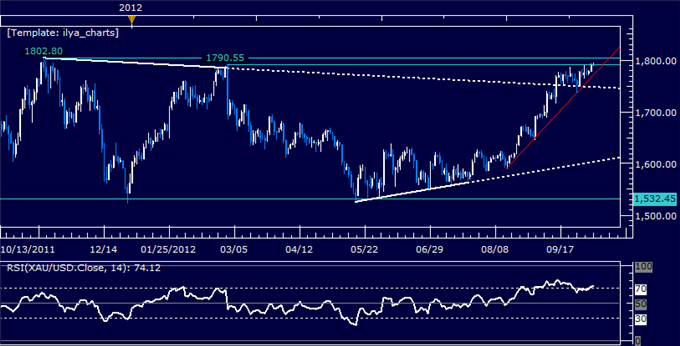 US DOLLAR – Prices put in a Bearish Engulfing candlestick pattern below resistance in the 9928-38 area, hinting a move lower is ahead. Initial rising trend line support is at 9810, with a break below that exposing the September 14 close at 9773. Alternatively, a push above resistance targets the top of a falling channel established from the June 1 swing high, now at 9962. 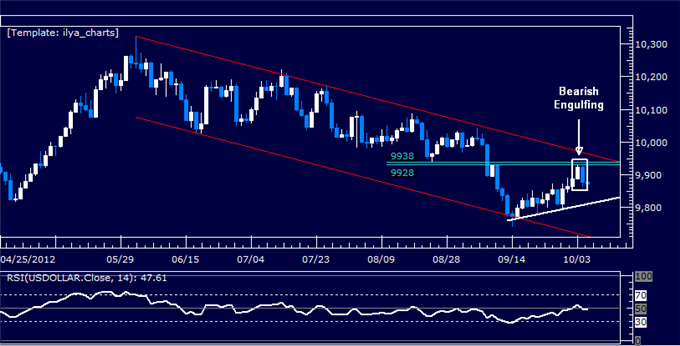