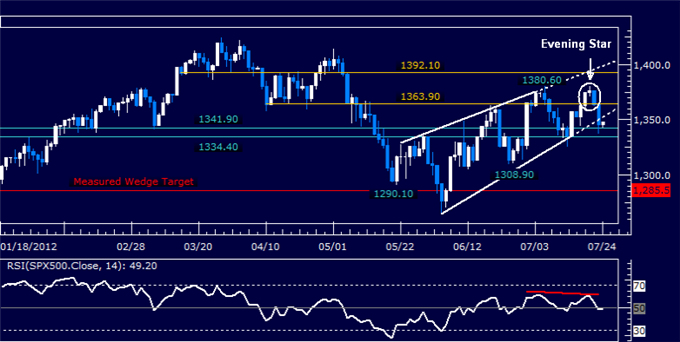 THE TAKEAWAY: The S&P 500 is once again on the verge of a major downward breakout while the US Dollar has neutralized bearish chart positioning and aims higher anew.

S&P 500 – Prices appear to have taken out the bottom of a Rising Wedge chart formation after completing a bearish Evening Star candlestick pattern below resistance at 1380.60, the July 5 high. Negative RSI divergence reinforces the case for a downside scenario. Confirmation on a close through the 1334.40-41.90 area would mark a significant bearish reversal and initially expose swing lows at 1308.90 and 1290.10. The Wedge formation implies a measured downside target at 1285.50.

CRUDE OIL – Prices appear to have invalidated the bullish Head and Shoulders bottom pattern noted yesterday with a break back below the formation’s neckline. Sellers are now testing support in the 87.65-88.32 area, marked by the July 3 closing high and the 14.6% Fibonacci expansion. A break downward exposes the 23.6% level at 85.37. Near-term resistance lines up at 93.21, the July 19 high. 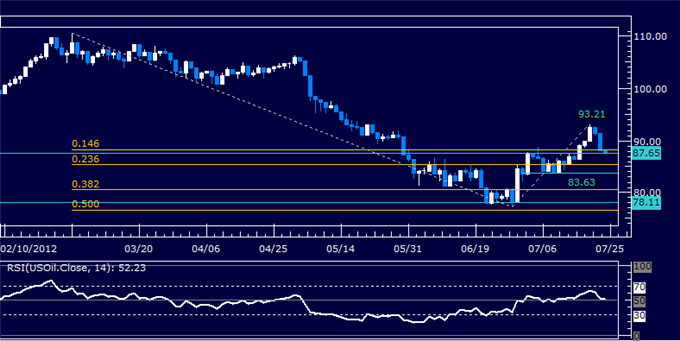 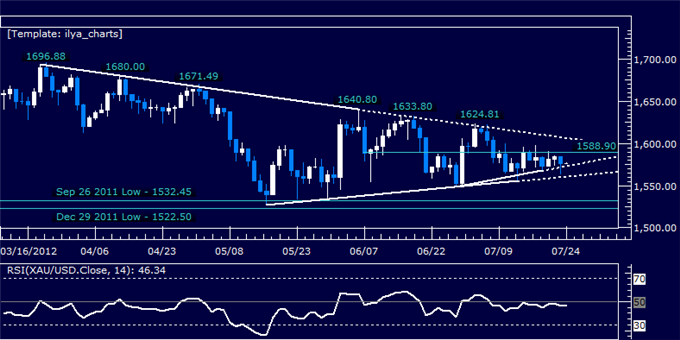 US DOLLAR – Prices have extended a bounce from support in the 10032-67 area to apparently invalidate the previously completed bearish Flag chart formation. Buyers are now testing resistance at 10145, the 23.6% Fibonacci expansion, with a break above that exposing the 38.2% level at 10219. Support remains in the 10032-67. 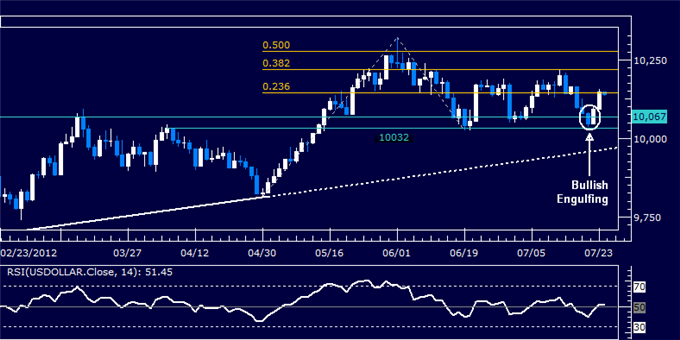