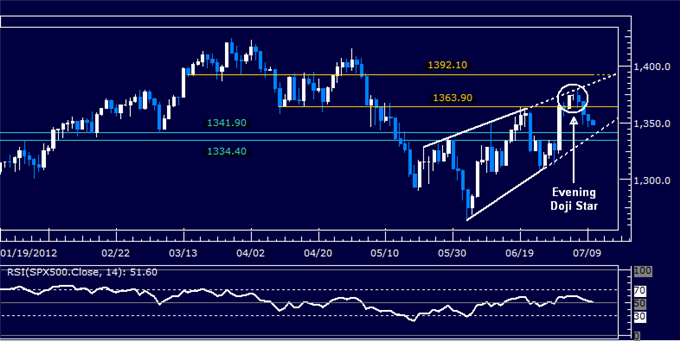 THE TAKEAWAY: The S&P 500 continues to inch lower toward completing a Rising Wedge chart formation, a setup indicative of a larger bearish reversal on tap ahead.

S&P 500 – Prices continue to push lower after completing a bearish Evening Doji Star candlestick pattern, taking out initial support at 1363.90 to expose the 1334.40-41.90 area. A daily close below this boundary confirms a Rising Wedge bearish chart formation, opening the door for a larger downward reversal. The 1363.90 level has been recast as near-term resistance.

CRUDE OIL – Prices are testing 23.6% Fibonacci retracement support at 84.14 having edged lower after putting in a Shooting Star candlestick below resistance at 88.40, the 38.2% level. A break through support exposes 81.19. Alternatively, a rebound that produces a daily close above near-term resistance opens the door for a challenge of the 90.00 figure. 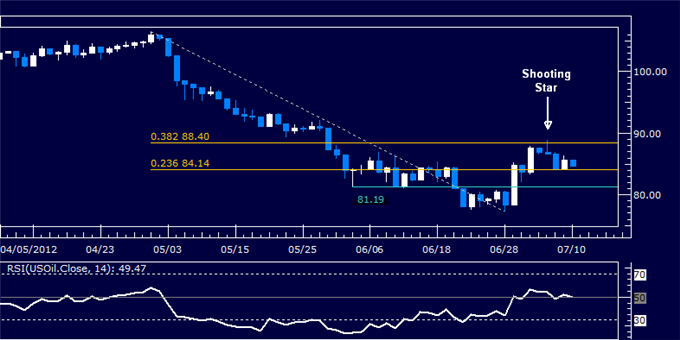 GOLD – Prices are testing support at 1575.81, the 38.2%Fibonacci expansion, after putting in a bearish Evening Star candlestick pattern below falling trend line resistance set from late March. A break lower exposes the 50% Fib at 1555.61. Near-term resistance lines up at the 1600/oz figure, a level reinforced by the 23.6% expansion. A break above that clears the way for another challenge of the trend line, now at 1616.90. 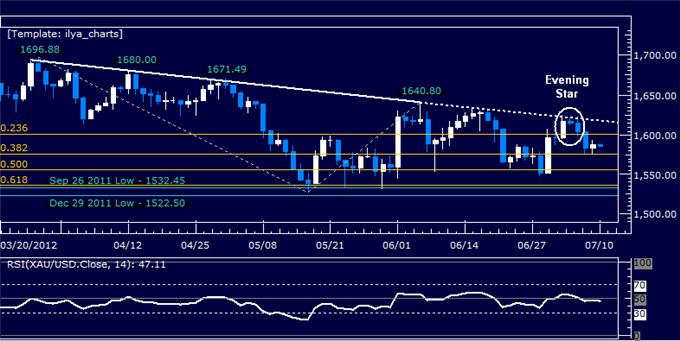 US DOLLAR – Prices pulled back to retest broken falling trend line resistance set from late May having found an interim top at 10174, the 50% Fibonacci retracement. Support is reinforced by the 38.2% level at 10139. A break below the latter boundary exposes 10067. Alternatively, a push above resistance initially targets the 61.8% Fib at 10209. 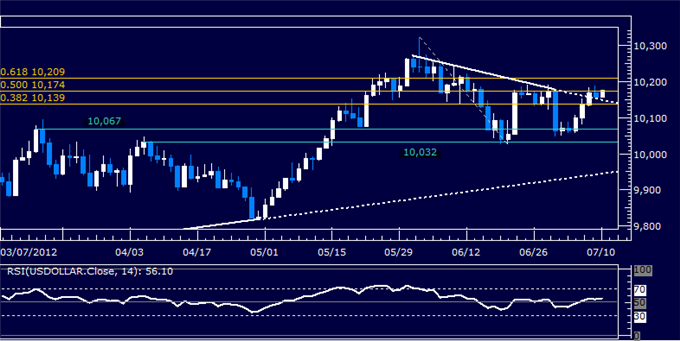