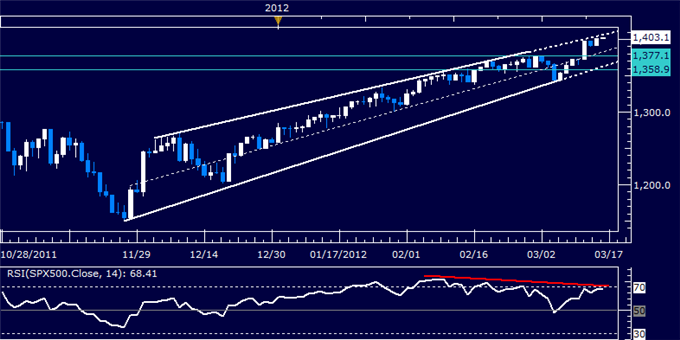 THE TAKEAWAY: S&P 500 technical positioning suggests a bearish reversal may be brewing, hinting the index may be unable to keep hold on the 1400 figure.

S&P 500 – Prices appear to be carving out bearish Rising Wedge chart pattern (albeit a bit of an awkward-looking one). Negative RSI divergence bolsters the case for a brewing downward reversal. Initial support lines up at in the 1382.80-1377.10 area, with a break below that exposing 1358.90. Wedge top resistance lines up at 1407 figure. Alternatively, a break higher exposes 1425.40, the May 2008 closing high.

CRUDE OIL – Prices put in a Hammer candlestick above support at 104.38, the 38.2% Fibonacci retracement, hinting an upswing may be ahead. Prices also appear to be showing the beginnings of a Falling Wedge chart pattern – a setup indicative of a bullish reversal – although confirmation is absent for now. Near-term resistance lines up at 106.50, with a break above that exposing 107.81. 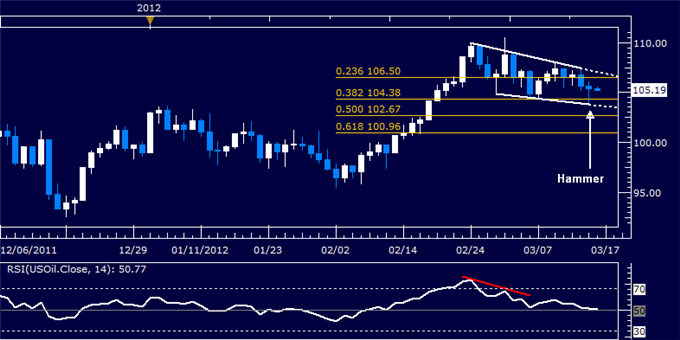 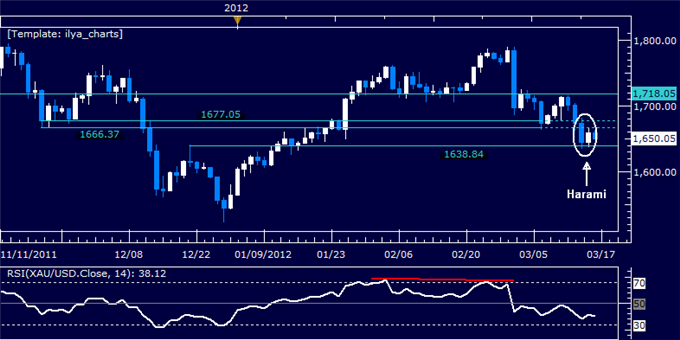 US DOLLAR – Prices put in a bearish Dark Cloud Cover candlestick pattern below resistance at 10072, the 61.8% Fibonacci expansion. A pullback sees initial support at 9995, the 50% Fib, a barrier reinforced by former resistance at the top of a minor rising channel. Alternatively, renewed upward momentum through the 61.8% level exposes the October 4 top at 10134, followed by the 76.4% expansion at 10166. 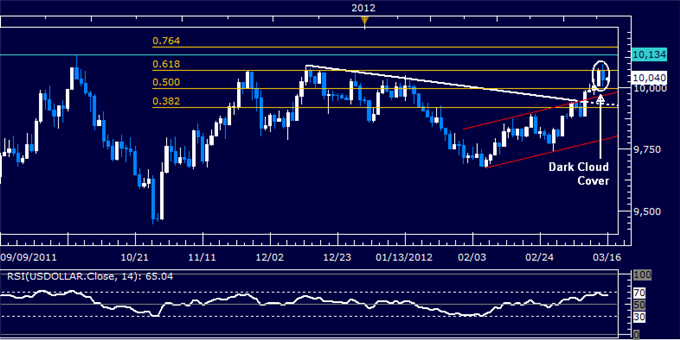