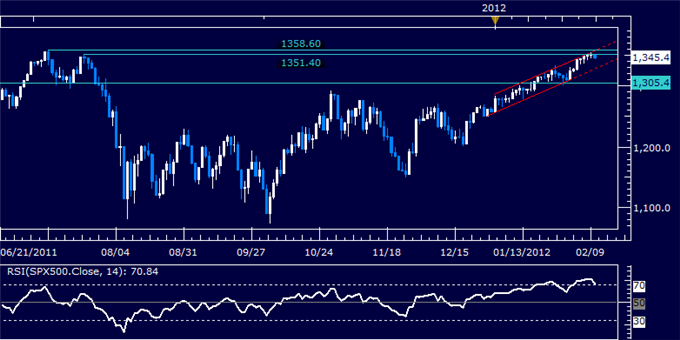 S&P 500 at Risk of Reversal as Bullish Momentum Evaporates

THE TAKEAWAY: The S&P 500 is at risk of a reversal lower as candlestick positioning suggests bullish momentum is giving way to indecision at a key technical resistance area.

S&P 500 – Overall positioning is little changed from what we identified yesterday, with prices stalling below resistance in the 1351.40-1358.60 area. A series of back-to-back Hanging Man and Spinning Top candlesticks points to indecision and hints a bearish reversal may be brewing. Initial support lines up at the bottom of a minor rising channel set from late December, now at 1327.00. Alternatively, a break higher exposes the 2011 swing high at 1376.10.

CRUDE OIL – Prices remain wedged between support at 97.70 and resistance at the top of a falling channel set from early January, now at 100.22. The upside barrier is reinforced by a horizontal pivot at 101.28, with a break higher exposing 103.35. Alternatively, renewed selling that takes prices through 97.70 on a daily closing basis clears the way for a test of the channel bottom, now at 95.15. 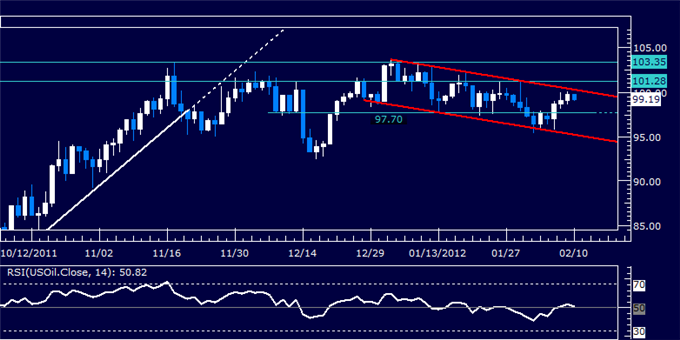 GOLD – Prices are probing through resistance-turned-support at the top of a rising channel set from early January, with a break confirmed on a daily close below this barrier initially exposing 1702.90 and 1677.05. For now, the first layer of relevant resistance remains at 1763.00, although a break through support would nudge that lower to the channel top (now at 1730.19). 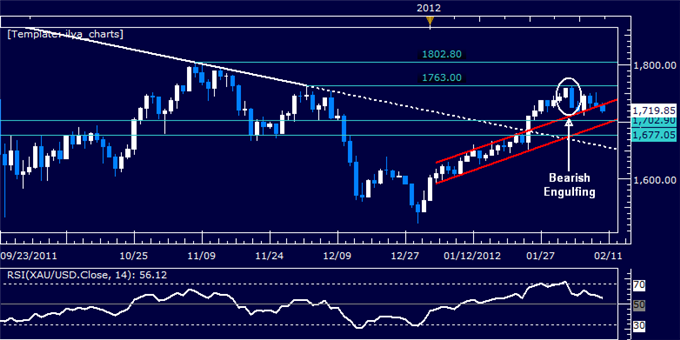 US DOLLAR – Prices are probing higher through Andrew’s pitchfork support-turned-resistance having put in a bullish Harami candlestick pattern above support at 9679. A break higher initially exposes 9823, a familiar pivot level that has acted as both support and resistance over recent months. 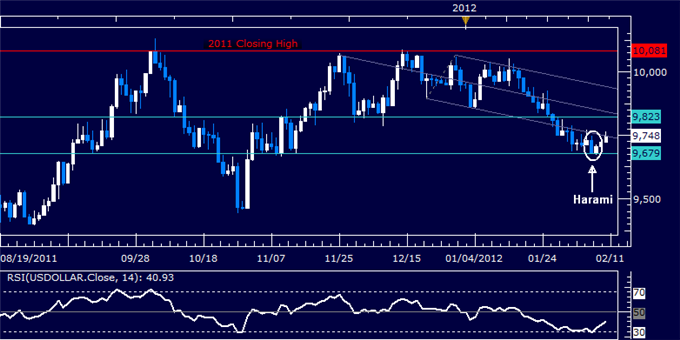